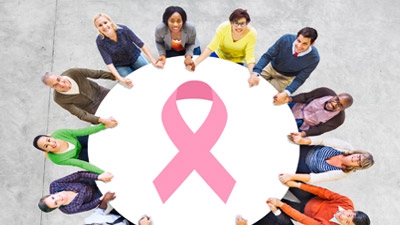 Cause Marketing and Why Customers Care

You’ve probably heard of cause marketing before. We see examples every year, from Dove’s Campaign for Real Beauty, which promotes positive body image, to Lee’s National Denim Day, which raises awareness of breast cancer via an initiative to donate $5 for the right to wear jeans to work on October’s first Friday.

If you couldn’t tell by the examples above, cause marketing is when a for-profit business partners with a non-profit for mutual benefit. That benefit includes money, exposure or both. Usually, the non-profit ties a brand into a marketing campaign that prompts consumers to donate to a specific cause.

For example, if Old Navy partnered with the ALS Association and offered $5 off an Old Navy item to whoever participated in the now-viral ALS Ice Bucket Challenge, the campaign would be considered an example of cause marketing. The question is: why do customers care?

It’s inarguable that consumers genuinely care where their money is going. For example, it’s no surprise that Abercrombie & Fitch reported losses after CEO Mike Jeffries told Salon he’d prefer that overweight people did not wear his company’s clothing. When consumers found out that their purchases at A&F were lining Jeffries’ pockets, they responded with their wallets (or lack thereof). It’s simple: consumers will not support something they disagree with.

The social media age has made digital narcissism reach a peak. Today’s users are inclined to post about even the most mundane of daily tasks to get a response from their followers. When these types of social media users are given the opportunity to look good on social media, particularly by donating to a charity or raising awareness through these very visible means, they will likely act on it.

“There are a lot of things wrong with the Ice Bucket Challenge, but the most annoying is that it’s basically narcissism masked as altruism,” Vice writer Arielle Pardes told the New York Times, summing up an opinion that some people have about the challenge, regardless of the millions in donations it has pulled in for the ALS Association.

So, What’s the Mark of Effective Cause Marketing?

Effective cause marketing campaigns typically share several characteristics. For one, the cause is usually something the general public can relate to, such as widely known medical conditions (like cancer or ALS) or a staggering social injustice (such as starvation or poor medical care in developing countries). Even if a consumer has no first-hand experience with the cause, some degree of genuine compassion or social consciousness will likely prompt a response to the issue.

Some examples of cause marketing, like Cuff Links for Charity, offer consumers the option to donate to a variety of charities. Through their site, consumers can donate to awareness of breast cancer, autism, animal kindness and other similar causes. This increases the chances of sales and/or donations, since it increases the chances a consumer will personally relate to the cause.

Another common trait of effective cause marketing is when the cause is relevant to the for-profit’s demographic. For example, Lee Jeans created National Denim Day to raise awareness for both breast cancer and their product’s industry, since the campaign’s aim—centered around the right to wear jeans to work on the first Friday of October to promote the cause—also encourages usage of their product: jeans. It’s a practical and effective strategy for both the company and non-profit to gain exposure.

Clearly, charity-based viral campaigns have proven very effective in the age of social media, as you can see first-hand with the recent success of the ALS Ice Bucket Challenge. Social consciousness, genuine compassion and—sometimes, in the case of social media—narcissism can prompt a consumer response when a cause marketing campaign is done right.

Savannah Marie is a blogger and editor of her blog, Mixios. She is passionate about online marketing, business, social media and public relations. When she isn’t focused on the newest trending topic, she is writing, baking, reading and enjoying life!