Home / Sales and Marketing / Marketing Innovations / Business Advice from Miley Cyrus? What Your Company Can Learn from Celebrities 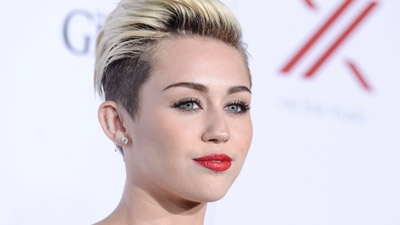 Business Advice from Miley Cyrus? What Your Company Can Learn from Celebrities Image is everything. It’s a maxim that applies everywhere, from our businesses to our personal lives, and certainly to the celebrities we both admire and are annoyed by. Of course, there’s a pretty big difference between the PR machine that drives your average Hollywood A-Lister’s coverage and the way you market your company. But in some ways, it’s just a matter of scale, and there are lessons to be learned from both their successes and their failures.
There are very few true monopolies in the business world, so chances are that you’re competing with someone else who’s trying to sell the exact same good or service. So often the real challenge isn’t just about having a better product, it can be about reflecting a better image and creating a better perception.
So how can we apply the lessons of celebrity to the business world?
Be bold
Most people knew who Miley Cyrus was before her MTV performance in August. But everybody knew who Miley was after, and they knew what she was selling. That was bold. In one fell swoop, she shifted her image from the Disney star some people still thought of her as to a racy adult pop star, and she garnered millions of dollars’ worth of free publicity.
That’s obviously an extreme example, but it’s a great lesson in repositioning and rebranding. Nobody thinks about Miley Cyrus as Hannah Montana anymore, and while she may have received plenty of criticism for her actions, it’s hard to argue that she didn’t successfully reposition herself in the market. The takeaway is not to be timid about big changes. If you’re rebranding your company or repositioning it into a different market, you have to go for it. Be bold, make a splash and act like you already own it.
Keep your politics to yourself
There’s an old saying that “all politics is local,” but in the connected world we live in today, that’s just not true when it comes to your company’s image. Not only might you have customers and clients who are geographically distant from you, there are likely some who are philosophically distant from you as well. There are plenty of examples of celebrities making off-the-cuff statements about politics, religion or even race that forever scarred their careers.
One of the most famous examples was Sinéad O’Connor’s performance on Saturday Night Live in 1992. At the time, O’Connor was one of the biggest stars in music, but after tearing up a picture of the pope on live television, her stardom plummeted.
The lesson learned from O’Connor’s actions? Be sensitive to your customers’ opinions. You may not know what all your customers think about various political issues and what their philosophical stances might be, so the best advice is to avoid potential conflicts in those areas altogether.
Know your limits
As discussed above, it’s not a good idea to stray into controversial topics, but yet there are other limits you should keep in mind when trying to make a splash. A classic example is Roseanne Barr singing the national anthem. At the time, Roseanne was a huge comedy star with her own top-rated network comedy, so she seemed a natural choice as a celebrity to sing the national anthem at a baseball game. Unfortunately for the organizers, she turned out not to be much of a singer. And her rendition of the song was sketchy at best. Later in her “comedic” flourish at the end, she mimicked a familiar crotch-adjusting gesture that male athletes often do. The result was a PR disaster. It was seen as disrespectful and irreverent and was even condemned by President George H. W. Bush.
So what can we learn from Roseanne? Don’t overreach. If you want to do something outside your comfort area, you need to be sure that you can pull it off. If possible, consult an outside expert or even consider putting together a focus group—even if simply an informal gathering of friends and relatives—in order to have some outside eyes that’ll give a fresh perspective of what you’re trying to do.
Unless your business is a Hollywood talent agency, your actual public relations challenges likely bear little resemblance to the tabloid headlines. However, there are business lessons to be learned everywhere, and celebrity successes/failures are no exception. You probably don’t need to make a Miley-sized splash in your market to accomplish your goals. Nonetheless, by taking cues from celebrity missteps and breakthroughs, you may be able to avoid some common traps and, better yet, take advantage of business positioning opportunities when they arise.
Author: Diana Gomez is the Marketing Coordinator at Lyoness America, where she is instrumental in the implementation of marketing and social media strategies for USA and Canada. Lyoness is an international shopping community and loyalty rewards program, where businesses and consumers benefit with free membership and money back with every purchase. Check out Lyoness on Twitter.