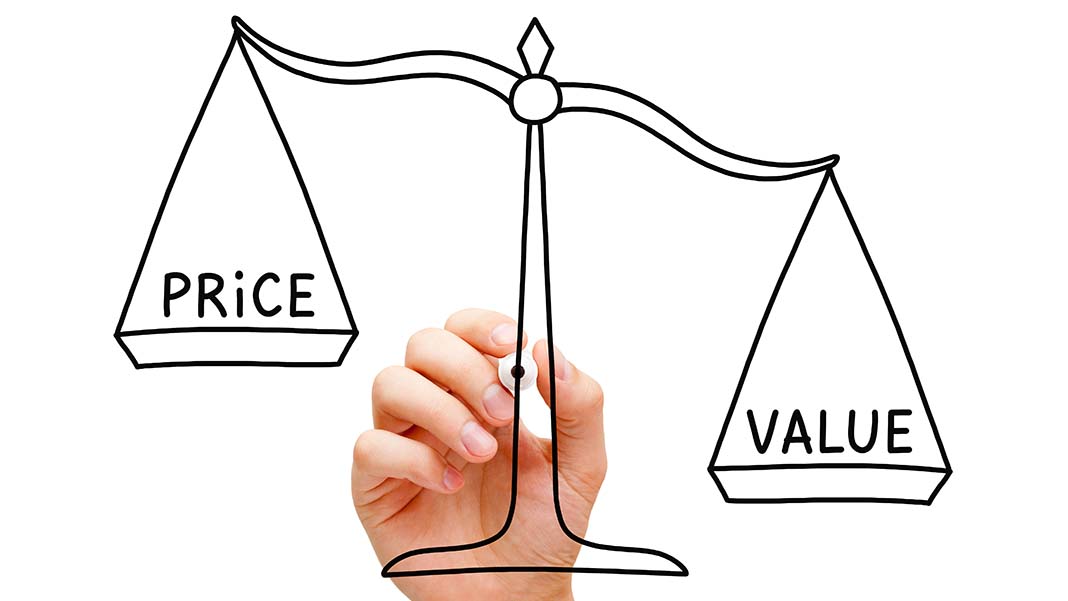 “We Can’t Justify Your Price…”

We were debriefing a closing call. Bill’s solution had been selected. Bill had done a great job in competing and in justifying the value of his solution.

There was a strong business case demonstrating tremendous improvements in productivity. In this case, the customer was growing faster than their ability to bring people on board supporting the growth. Bill’s solution enabled the customer to support their anticipated growth with their current workforce. As a result the business case was stunning.

The customer could capture revenue they would otherwise forego, and they were doing it on a much lower cost basis than they had done traditionally–driving higher levels of profitability.

Bill walked into the meeting well prepared. They customer had signed off to the business case, he felt the implementation plan addressed and managed the risks, contracts/T&C’s had been reviewed and agreed upon. He expected to walk out with a signed agreement.

After pleasantries were exchanged, the customer said, “I just can’t justify your price to my management team. You need to hit this price target.”

Bill was stunned. He didn’t know how to respond and took a few breaths to figure it out.

He started asking some questions: Had the business case been reviewed with management? Did they buy into it? Were they concerned with any of the implantation risks? Were they considering other options? What would the impact be if they didn’t implement the solution—how would they be able to support the growth? What would those costs be? Would they be able to capture all the revenue?

The answers came back as Bill had hoped. The management team signed off on the business case, the implementation plan/risks. They understood all the issues and the results from implementing Bill’s solution was compelling.

Confused and frustrated, Bill asked the exec, “I’m not sure I understand, what do you want us to do?”

The exec responded, “We just can’t justify paying that much for the solution, we need you to price the solution in this range…”

I was proud of Bill’s next steps in the call, showed he had been listening to me over the past few months.

He probed a little more, he asked, “Why do you feel the price needs to be at that level? What would you do if we couldn’t provide the pricing you want? Is it the pricing that you are concerned with or the ability to pay for it (Bill wanted to explore alternative financing.)?”

The customer clearly didn’t expect this, he expected that Bill would be so excited about getting the order, he would immediately match the pricing, or something in between.

As you might expect, the customer backed and filled a lot in the discussion, he confirmed everything about the business case, risk, and so forth. Paying for the solution wasn’t a concern, they just believed the solution should be a lower price.

Bill explored the competition with the customer. Others could provide the price the customer wanted, but there were big downsides to each alternative. In one case, the business case wasn’t as compelling. That competitor couldn’t provide the levels of productivity improvement, the customer would not capture as much revenue as they would with Bill’s solution. The other competitor had higher implementation risks and a longer delivery timeframe.

Bill’s customer wanted the solution Bill had presented, they just wanted to pay a different price.

80% of sales people would not have survived this long in the discussion. They may not have done the business case as thoroughly as Bill. They may not have addressed the implementation issues or risks. Walking into a closing call with the anticipation of getting the order, they would have immediately matched the customer’s request or would have gotten as close to it as possible. They would have been afraid or losing the deal that was almost in their grasp.

Bill hung in on this very difficult conversation. He said, “I can meet your target pricing, but this would require me to modify the solution I’ve proposed.” He went on to discuss solution that would hit the customer price target. They would sacrifice some of the revenue/profitability gains in the business case. But most of the changes had to do with implementation. The customer would have to take much more of the implementation responsibility. This significantly impact the time to have the solution in place (and the lost revenue/profits), as well as increased the implementation risk.

Bill was concerned about these issues and the impact on the customer’s success, but said he would be willing to adjust the proposal and solution to meet the customer price targets.

The customer asked for some time to think about the alternatives and present them to his managers.

I suspect you know the outcome—Bill got the order at his original asking price.

Now many people reading this would say the customer was trying to take advantage of Bill and was not negotiating in good faith. Perhaps, some of that may be the case, but I think too often, we set up those behaviors in customers. From the very start of the buying process, too often we make the deal about price. Too often, we talk about discounting from the very start.

Even more often, we don’t do a great job of developing and getting customer buy in to the business case, risks, and implementation plans. We don’t develop it—or leave the business case to the customers. If we don’t have a business case they buy into, we have no basis for defending any pricing we present.

Finally, we do it to ourselves in the final negotiations, we want to win at all costs—so we win at a big cost to ourselves.

I don’t blame customers for this behavior. Yes, some are arbitrary and have unrealistic expectations. However, we’ve done a lot to condition them to doing this. We’ve conditioned them to knowing that at the last moment, they can ask for concessions and in our desperation for the order, we will probably give in.

Bill did the best job of selling and of solving his customer’s problem that I’ve seen in some time. Congratulations Bill!