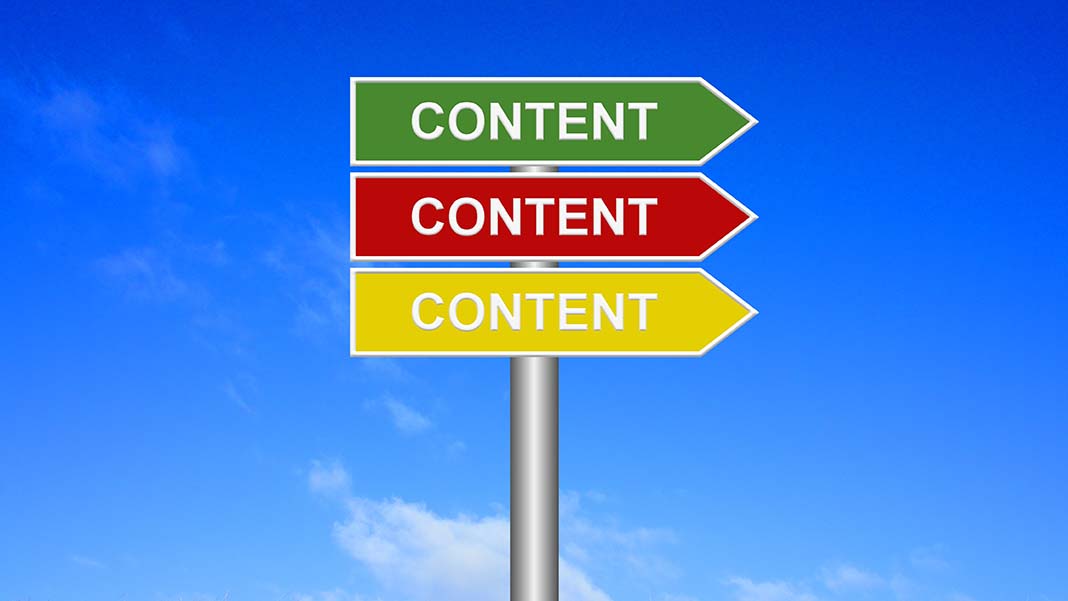 Content Distribution: The Secret War Between Tech Giants Rages On

As promotion and distribution becomes a more popular topic of discussion amongst content marketers, stalwart tech companies are figuring out ways to get their slice. You know them—Facebook, Twitter, LinkedIn, Google, Apple, etc. We’re not talking newsfeed posts, either. We’re talking full-on gatekeeper status of the content consumed and shared on the Internet, period.

Take Facebook for example. It has publically stated that it wants to keep its users on its site exclusively for as long as possible and doesn’t want them clicking out. How does it propose to do this? One way is by using its latest product it calls “Instant Articles.” This essentially is the full syndication of publishers’ content directly on Facebook.

Many have been calling on the death of display advertising since the rise of modern ad blocking software. Apple’s latest release of iOS 9 further foments this speculation since it allows ad blocking apps. Many publishers that primarily rely on display advertising are quite concerned with the impact on its bottom line, and rightfully so.

As content marketing has become more popularized by brands and content production has moved up-funnel, a glaring need for a new form of advertising has arisen in recent years. Welcome native advertising.

It’s no secret that traditional digital advertising channels like display and PPC weren’t built for the distribution of top-funnel content. Historically, these channels were used to promote mid- to bottom-funnel content.

It’s this pressure, in conjunction with the rise of ad blocking software, that’s forcing tech companies to rethink how they distribute content, while forcing publishers to rethink their value proposition to brands.

Many publishers are just now beginning to figure out profitable online business models. The rise of ad blocking software is disrupting many of these models. Research from eMarketer showed that only 10 percent of digital publishers weren’t considering or didn’t have native advertising on their sites. The pressures identified above are causing publishers to embrace sponsored/native content in a big way.

According to my friend Bob Gilbreath, Co-Founder and President of Ahalogy, publishers can reap 100-times more revenue per visitor compared to display advertising. He also points out that together, brands and publishers can tell stories that are 100 times deeper than what a banner ad can do. Hence, native advertising and sponsored content is better for the consumer.

Not to mention, native advertising in the form of sponsored content is not impacted by ad blocking software.

With Apple’s release of iOS 9, the company took a head first dive into the content distribution wars normally attributed to brands like Facebook, Twitter, Google and a few others. It did so with the release of its new “news” app.

Essentially, the app is designed to be a content consumer’s gateway to all of the online/offline content they digest on a daily basis. Users can customize which publishers they’ll receive content from, too.

The future ramifications of this app could be massive for content marketers, especially if it’s monetized. If you caught my INBOUND15 or CMWorld presentations you know I dethroned content as king and replaced it with audience. He who has access to audience and can persuade them holds the keys to the kingdom.

Apple has the audience and could easily choose to monetize it. Marketers and communications folks like you and I would love the chance to tap into that audience.

Also, Twitter and Google recently announced a partnership to create their version of Facebook’s “Instant Articles.” Google already has its native network in private beta. This network will not only provide Taboola and Outbrain-styled content recommendations, but will also connect brands with premium publications and bloggers for sponsored editorial opportunities at scale, too.

In addition, after a frank conversation with a LinkedIn employee, I recently learned that they’ll be releasing a “response” to the Twitter and Google partnership soon. In the early days of LinkedIn Today (prior to Pulse) it relied heavily on content syndication in a non-monetized way.

Since Pulse, its reliance on syndication has waned considerably. However, it looks like LinkedIn is getting into the content syndication game in an even bigger way soon and it will likely be a model tailored to content marketers’ and publishers’ needs.

Content marketers around the world are clamoring for an effective means to distribute their content at scale. Meanwhile, publishers are working overtime to figure out the best way to monetize in today’s content-heavy, ad blocking digital environment.

At the same time, tech behemoths are jockeying for content gatekeeper status. While each takes a slightly different approach to it, they most certainly are trying to control what content is seen by the consumer.

How these trends play themselves out will be the future roadmap for marketers and communications professionals that wish to get visibility of their content at scale.