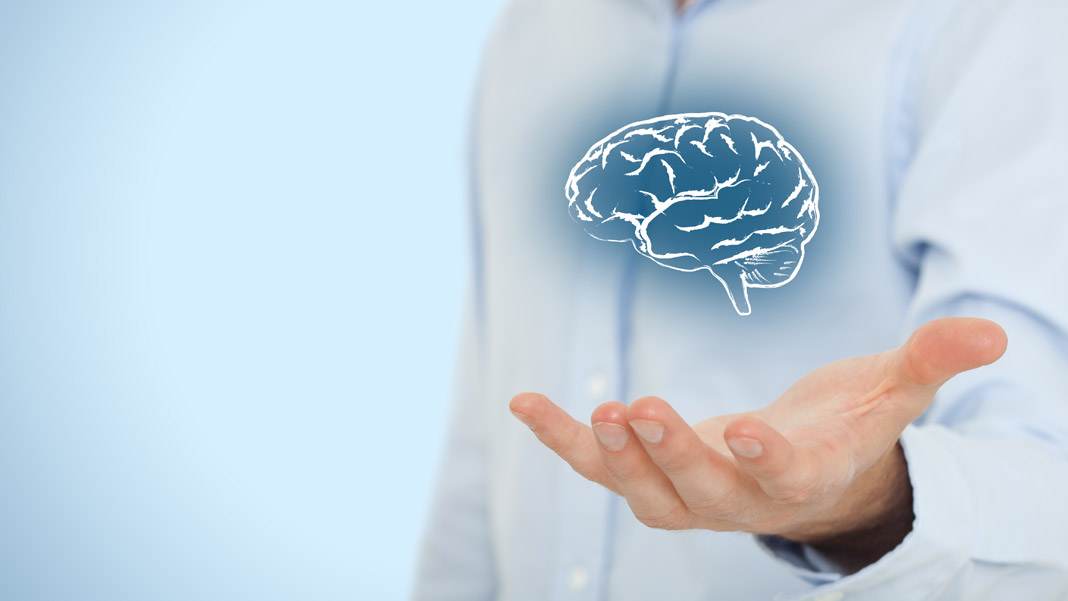 Have you ever stopped to consider what motivates your audience to click, share, favorite, and purchase from you? Ever since high school, I’ve been enamored with how we act and interact as humans. In time, I realized behavioral psychology is a key component of building a blogging empire and marketing yourself online.

Understanding a little bit of human psychology can lead to powerful and compelling results for your business by not scaring customers away. So if you are looking to win friends and influence people online, here are my 10 favorite psychological studies for the do-it-yourself entrepreneur.

In the 18th century, Ben Franklin had a tough time winning over a rival legislator. While some of us may have continued to let the rivalry brew, Franklin did something different.

From The Autobiography of Benjamin Franklin:

“Having heard that he had in his library a certain very scarce and curious book, I wrote a note to him, expressing my desire of perusing that book, and requesting he would do me the favor of lending it to me for a few days.

He sent it immediately, and I return’d it in about a week with another note, expressing strongly my sense of the favor.

When we next met in the House, he spoke to me (which he had never done before), and with great civility; and he ever after manifested a readiness to serve me on all occasions, so that we became great friends, and our friendship continued to his death.”

Why this works: When we do something contrary to our view of life, it creates a bit of confusion because we now hold two (or more) contradictory beliefs, ideas, or values at the same time.

How to apply this in your marketing: Don’t be afraid to ask your audience to do you a favor. By having them answering surveys, checking out your content, or sharing your articles, their opinion of you will likely go up.

If you enjoyed learning about the Ben Franklin Effect, would you be willing to share it with your friends on Twitter? They will appreciate it too.

The Foot in the Door Method

“The foot in the door tactic is a great approach for any brand or marketer looking to build trust and drive results.

The most successful inbound marketing campaigns offer potential customers with information that gets their foot in the door followed by a larger ask.

Deliver value first and make an ask second. It’s a tried and tested approach that is sure to help drive more leads and more conversions.” – Ross Simmonds

Have you ever had a vacuum salesman come to your door and ask to vacuum your carpets? They aren’t there to make money cleaning carpets (though that’s what Neil Patel once did). This is a common compliance tactic that is used to get you to agree to a larger request of buying the vacuum.

The first study using this method was performed in the 1960s by Jonathan Freedman and Scott Faser. Freedman and Faser phoned a number of housewives asking them about what household products they used. After waiting three days, they called again, this time asking if they could send a group of workers to manually check the cleaning products in their homes. Any of the women who had responded to the initial interview were two times more likely to respond to the second request.

Why this works: The principle involved here is that a small agreement is made to create a bond between the requester (vacuum salesman/Freedman and Fraser) and the request-ee (you/housewives). In doing so, they are more willing to help out again.

How to apply this in your marketing: Try to get your customers to open up your emails, download your content, or follow any requests you make. The more likely they will be to help you with a larger request like emailing their friends.

While we are asking, would you be willing to share this article on Facebook? Simply copy the link up top and paste it on to your Facebook wall.

Not only is the vacuum salesman implementing the foot-in-the-door method when cleaning your carpets, she is also invoking…

Perhaps one of the more well-known principles: When people give you something, you are more inclined to generously give back.

Ever wondered about the ROI of candy mints at a restaurant? When a waiter gives you a mint, more than likely you will give an extra 3% tip compared to the control group. Now if they instead ask, “Would anyone like some mints before they leave?” and hand you two mints, your tip goes up 14%. But get this. If the waiter comes out, hands you a few mints, then later came back with another set of mints just for you, the waiters saw a 21% increase in tips compared to the control group.

Why this works: Overall, we enjoy being around and doing business with those that help us in some way.

How to apply this in your marketing: Give something of value to your audience and perhaps you’ll get something valuable in return. As a brief word of caution, don’t expect anyone to do so. Just give generously and be delighted in whatever you receive.

We tend to favor whatever comes first to mind in relation to any topic, concept, method, or decision we are making.

It’s often hard to imagine many 7-letter words with an “n” randomly dropped in it (I didn’t even think of “imagine”!). Yet every single 7-letter word ending with “ing” must end with an “n” in the 6th spot.

Why this works: Since our mind struggles to come up with an easy example for the first question, we perceive the 2nd question is more likely to occur.

How to apply this in your marketing: Make things easy for your customers to grasp (learn about) your product or service. One thing you can do is provide examples of the actions you want your users to take.

We are more likely give answers not based on a rational consideration, but in consideration of how we will appear to others.

Why this works: Sometimes our desire to please others outweighs our willingness to voice our true opinion. Additionally, it is easy to go into auto-pilot and simply say the first thing that comes to mind.

How to apply this in your marketing: Be careful when asking leading questions when giving customer surveys, questionnaires, or any time where you are looking to get honest feedback.

Then again, maybe you don’t want their honest opinion :).

The Mere Exposure effect is a strange psychological phenomenon where we tend to prefer things the more we become familiar with it. In the 1960s, Robert Zajonc began showing Chinese symbols to non-Chinese speakers. He showed each character between 1 to 25 times, each time asking participants what they thought a certain symbol meant. As they began seeing the same character more often, the participants began giving a more positive meaning to the symbol.

Why this works: Different theories abound on why this works. Some theories state we simply enjoy what is recognizable. Others suggest it taps into our subliminal subconscious.

How to apply this in your marketing: Whether you are writing blog posts or sending emails, don’t be afraid to repeat your message! Your audience isn’t as knowledgeable about what you do as you are.

When we are presented with three options, most people gravitate towards the middle option. But have you ever considered the power of adding a less attractive option to get people to upgrade?

He wondered why they offered a print-only option at the same price as the web-and-print option. So he ran two experiments and the results surprised him.

As he presented the initial offering to 100 MIT students, he found these results:

When he did this experiment again and removed the print subscription, he noticed a huge change in their buying behavior:

By using the decoy price, The Economist would have received an extra $3,432!

Why this works: Your brain takes shortcuts to process information quickly and efficiently. By seeing the print price, it anchors the value of the print subscription at $125 and web subscription at $59. Thus by putting the two together, we believe we save $59.

How to apply this in your marketing: This is powerful when considering the prices for your products or services. Additionally, it can be useful anytime you give your users multiple options to consider.

Researchers Amos Tversky and Daniel Kahneman polled two groups to see how they would respond to two different kinds of treatments. The goal was to learn what their response would be in helping people infected with a deadly disease.

What was strange to discover was what happened when Tverksy and Kahneman rephrased the question.

How to apply this in your marketing: The words you use to frame a situation can greatly affect people’s choices. When you want people to select a certain choice, try framing it in a more positive manner.

At the Harvard University Student Center, professors Dan Ariely, Michael Norton, and Daniel Mochon show our tendency to overvalue things that we are emotionally attached to. In the study, a set of students were asked to create their own origami cranes or frogs. After carefully constructing their paper animals, they were asked to estimate the value of their creation and purchase them. Another set of students were then asked how much they would value the students’ creations vs. the experts creations. The students who made the origami animals valued their creation about 18 cents higher than those who priced the same objects.

Why this works: When people become part of the creation process, they value their work.

How to apply this in your marketing: Encourage your users to provide you with feedback and suggestions while your project is in “beta-mode.” In doing so, you can increase the sense of ownership in your project.

Princeton researchers Armin Falk and Florian Zimmermann called several residents to see if they would be willing to volunteer at the American Cancer Society. In the first group, 4% agreed to help with just a simple cold call. When they called a second group and asked if they would be interested in volunteering at the ACS first. Three days later they followed through with the request, and a staggering 31% agreed to help.

Why this works: There is a desire in each of us to be consistent in our thoughts, words, and actions. At times, we may even change our behavior to ensure consistency.

How to apply this in your marketing: When you set expectations for your visitors, you may find they are more willing to continue do things in alignment with that stated goal.

Over to You! Are you aware of any of these marketing strategies you’re currently using? I’d love to hear how you have used psychology in your marketing or seen others do it. Share your thoughts in the comments below!

This article was originally published by Firepole Marketing

Author: Jason Quey helps entrepreneurs and marketers connect with notable entrepreneurs to create new business opportunities by connecting them together on his blog, The Storyteller Marketer.