Home / Leadership / Strategic Planning / How to Pick Your Yoda 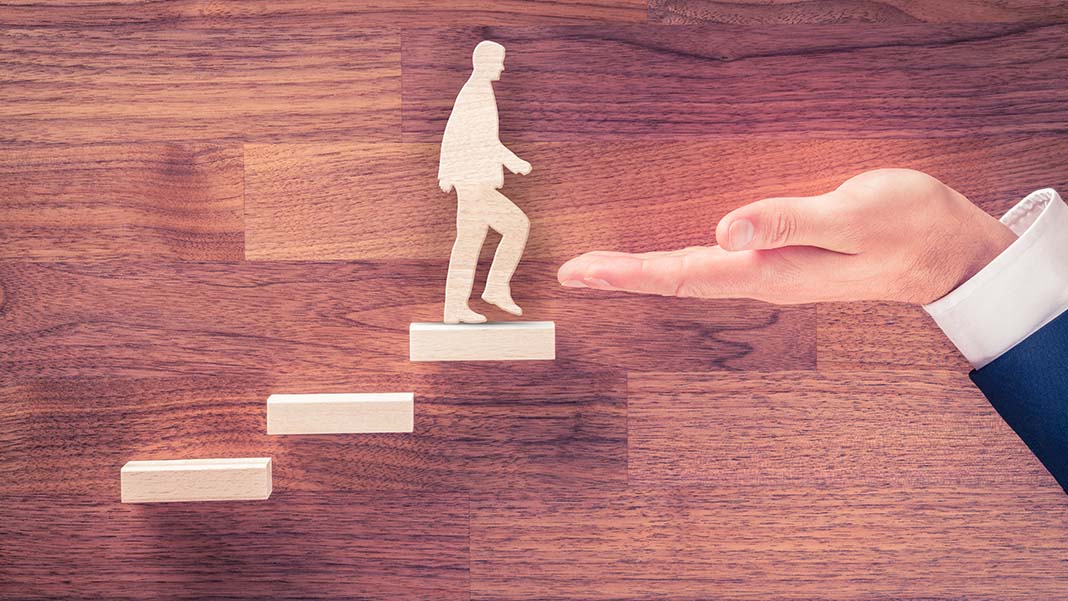 How to Pick Your Yoda

“It sounds like you have made yourself an issues cocktail,” said my friend David Zelman.

And with that comment, I once again was reminded of the value of coaching.

David works with leaders—everyone from royalty and billionaires to entrepreneurs—to help them focus on and achieve their goals. He’s also a nice guy who I serendipitously ran into at Logan Airport. When I saw him, I asked him if he had time to help me think through an issue that I was upset about.

Over some unusually tasty airport food (long live the New England lobster roll!), David helped me see that I’d unknowingly taken five different problems, mixed them together into an “issues cocktail” and was reacting to it rather than each individual challenge. It was a brilliant metaphor and quickly helped me get moving in the right direction again.

That’s what good coaches do. They get leaders unstuck.

I am currently working on a new book: Plan D: Why the Future Belongs to Disrupters and How to Stay Three Steps Ahead. My research has me speaking to famously disruptive leaders around the planet.

And guess what they all have in common?

Yep, they all have at least one coach; they have found their Yoda.

Or should I say, “Yodas.” Most of the leaders I’ve spoken to have multiple coaches—which is important. They find different coaches to help solve different challenges.

Because I think the issue of coaching is so important, I want to talk about it in two parts. Here, I am going to discuss what to look for in a coach when it comes to tactical matters like sales and finances. Next time, I will explore how to find a coach for both the broader picture and “softer things.”

Every example I am going to use in both blogs is from personal experience, meaning I know or have worked with all the people I reference. So consider the mentions of their names my version of an Angie’s List. I urge you to create a list of your own as well. The more potential Yodas you can draw on the better.

The pipeline is dry. You aren’t closing enough business. Potential customers/clients don’t seem to get what you are selling. You are wasting your time on the wrong prospects. There is not a process to follow, and you aren’t measuring anything. Any of these sound familiar?

For my money, there are two types of sales coaching: process and accountability. Process coaches help you build the engine, and accountability coaches are the gas that keeps the engine running. Good sales coaches understand the relationship between the two, but after years of trial and error, I’ve found it’s best to separate them. This is because I’ve seen people performing terribly despite well-designed sales processes, and I’ve seen incredible sales efforts fail because of a lack of a sales engine. If you don’t separate them, you run the risk of trying to fix something that isn’t broken.

David Sobel works for CEO Coaching International. You’ll often hear David repeat the Peter Drucker axiom, “What gets measured gets done.” He’s usually in front of a sales team when he says it. He works with sales leaders and their teams, challenging them to keep their foot on the gas. If you have a good sales framework but results are lacking, it’s highly likely that your team isn’t making enough calls to the right people, asking the right questions, selling value over price, asking for the close, and sticking with this approach day after day after day. Every team needs help managing their time and effort appropriately. This is where a sales accountability coach makes the most sense.

Like David, Jack Daly measures everything. Seriously, this guy can tell you how many marathons, bike miles, speeches, airline miles, vacation days and even hours with his family he has had in the last five years. But beneath this obsession to set and crush goals is his greatest gift to sales organizations: the frameworks he uses to keep them accountable. So if you have a sales team that is working hard but is still ineffective, you might need a day or two with an expert like Jack who can help you build or rebuild the sales engine you need.

Vicki Medvec teaches leaders how to negotiate. Although she hangs her hat at Northwestern’s Kellogg School of Management, her best work might happen quietly, when deals are being made between titans of industry. Negotiation coaches like Vicki bring with them the tools, stamina and objectivity it takes to create win-win deals when the stakes are the highest. I have friends who have pocketed millions of dollars (or more) because of Vicki and coaches like her. So when the stakes are really, really high, why not get some coaching?

Bob Wallace likes to think of himself as a part-time CFO. He’s the former CEO of TopGolf and vice chairman of Kemper Sports Management, so he brings both the empathy and expertise necessary to help leaders whose businesses are financially stuck.

Bob once challenged me about a financial decision I was about to make that would effect a lot of people by saying, “hey, if you want to open your personal checkbook and pay for that, go ahead. Because whether you know it or not, that’s exactly what you are doing.” He then passed me a spreadsheet that showed me what an idiot I would have been if I continued down my current path. I thanked him for the headache and a changed course. #unstuck

There is an incredible benefit to having someone who isn’t emotionally involved with your company examining your business model, metrics and financials. So if you are working your butt off, have lots of people and lots of business but you’re profit margins are in the tank, consider a financial coach. I promise you, they will see things in your numbers that you are missing.

Mikki Williams spent three hours with me and changed my life. She watched me give a presentation, and her simple suggestions made me a better speaker and leader. She told me to stop asking rhetorical questions, remove the word “right?” from my vocabulary, and tightened the stories I was using to make my points.

My purpose is to “inspire and empower curiosity,” so I do a fair share of speaking at large events as one way to make this happen. Maybe you don’t speak publicly that often, but the microphone eventually finds every leader. So becoming a better communicator is money well spent.

My friend Jonathan Vehar has made a career out of helping leaders grow through organizations like The Center for Creative Leadership, Dale Carnegie and New and Improved, a company he cofounded.

I asked Jonathan if leaders were capable of changing, and his answer reminded me of the power of coaching. He said, “The research shows the best predictor of leadership success is a high level of ‘learning agility.’ If you have leadership agility, that means you’re willing and able to learn from experience and then apply that learning to improve what you’re doing. If you’re worried that you’re not as agile of a leader as you should be, the good news is that you can be taught to get better at it.”

Perhaps a coach can help you do just that.

We will talk more about this next time.