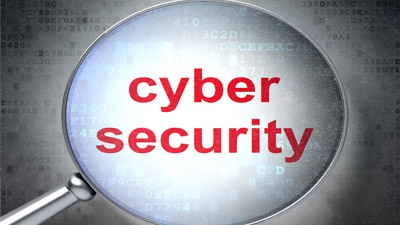 Protecting Your Business from the Most Common Methods of Cyber Attack

Here are a few cyber-attack methods your organization is likely to face, and how you can defend yourself against them. Make sure you do. Otherwise, you might well be the next target.

A distributed-denial-of-service attack is one of the oldest tricks in the book, and one of the most common attack methods on the web today. It’s incredibly simple to pull off, too—all you need is a sufficiently-large botnet, and you’re good to go.

For this reason, the DDOS is the weapon of choice for angry script kiddies the world over—though it’s also quite often used to cover up a more serious crime, giving the criminals time to break into a server and make off with sensitive data.

How it works is simple: a criminal orders their botnet to flood a particular server or website with requests. Eventually, the server receives more traffic than it can handle, and grinds to a halt. Some particularly sophisticated botnets use uncorrupted computers to perpetrate the attack—often, participants in an assault such as this won’t even realize they’re part of it.

How to Defend Yourself:
Assuming your host doesn’t provide automatic DDOS protection…

If there’s an attack method even less sophisticated than DDOSing, it’s the brute force hack. This one’s exactly what it sounds like—the attacker repeatedly tries to break into a system by trying a list of different passwords, words, or letters. Thankfully, brute force attacks are fairly easy to defend against, and the threat they represent is (with adequate preparation) usually quite minimal.

With the prominence of the BYOD craze, it’s no surprise that criminals have begun targeting mobile devices. Since mobile security is still in its infancy (far too many users still believe mobile devices to be more secure than desktops) this makes smartphones and tablets easy targets for criminals, who gain access to them either through malicious apps on the store (generally only on Android) or when a user connects to an infected network.

I’m always a little bemused when I hear about the latest data breach—because in about 50% of cases, it’s usually the result of someone in the compromised organization failing to keep up with their patching. The vast majority of cyber-attacks aren’t going to use some hyper-complicated virus or some ridiculous social engineering campaign…they’re simply going to probe your network for vulnerabilities, and use whatever holes they can to siphon out information.

How to Defend Yourself:
Monitor your software, and make sure you always keep everything up to date. There’s really nothing else to be said here.

The age of the computer virus has ended—we’re living in the age of the worm. Malicious programs such as Conficker and Zeus travel through networks, automatically seeking out vulnerabilities—and attacking when they find any. Usually, these vulnerabilities take the form of wonky sharing options, misconfigured security, or bad passwords.

Perhaps the most effective method of cyber-attack on this list—and the most difficult to defend against—is social engineering. This method of attack doesn’t exploit an organization’s computer systems—it exploits the weaknesses in the people running them. Of the myriad social engineering attacks floating around on the web, the most common is known as Spear Phishing.

In a Spear Phishing attack, a criminal will attempt to trick a user into opening an email attachment with the belief that it contains some urgent information. A user browsing their email at work sees the message and opens it, accessing the attachment. Once they do, their system is infected—the criminal can use whatever malware was attached to the email to exploit the systems of the targeted organization.

How to Defend Yourself

Author: Rachel Gillevet is the technical writer for WiredTree, a leader in fully managed dedicated and vps hosting. Follow Rachel and WiredTree on Twitter, @wiredtree, Like them on Facebook and check out more of their articles on their web hosting blog, http://www.wiredtree.com/blog.