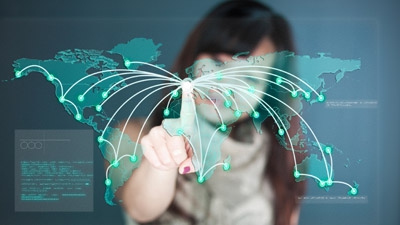 Technology at the Center of the Freelance Revolution

My parents were in business for themselves and they wanted nothing more than for me to go to college, get a good job with a big company, and work there until I retired with a gold watch and a nice pension. While I tried to live the life they envisioned for me, two forces came into play. First, the business paradigm changed and people weren’t staying with one company for their entire career. In fact, the U.S. Bureau of Labor Statics as of 2010 found the average time an American worker will stay at any job has plummeted to less than four and a half years. Secondly, I must have inherited their entrepreneurial gene, because while I enjoyed significant success in the corporate world, I’ve been happiest when I’ve been my own boss.
Today, while it’s difficult to count the actual number of independent workers in the U.S., according to the Freelancer’s Union, there are approximately 42 million freelancers making up 1/3 of the U.S. workforce. A report released by Intuit in 2010 predicted by 2020 independent workers will comprise 40 percent of the workforce—60 million people.
So what’s behind the freelance movement? Some believe it’s the result of the lack of jobs created by the Great Recession. But consider this: Freelancer’s Union recently released its “How to Live the Freelance Life” report in which nearly 9 out of 10 independent workers reported they would keep freelancing even if they were offered a full-time job.
In my opinion, it’s technology that is fueling the growth of the freelance market for several reasons. First, it’s much easier to go solo today than it was back in the 80s when I bailed from the corporate world for the first time. Back then it was cool if you had a fax machine to expedite documents to your clients. Today, you can seamlessly work from anywhere in the world.
“Over the past five years people began realizing the power of technology. What it does is give them the freedom to set up a business, leverage their skills and abilities and be profitable with very little overhead,” explains Terri Lonier, PhD, Executive Director, Coleman Entrepreneurship Center, Clinical Professor of Management, DePaul University and author of “Working Solo.”
In addition to the ease of entry, technology enhances a freelancers opportunity for success by opening up markets around the globe. I work with several freelancers in various parts of the country who I have never met face-to-face. When I originally posted my projects for bid on one of the freelance job sites, I received proposals from freelancers in dozens of countries. No longer are you limited by the boundaries of your own community and who you know. The world is your oyster as they say.
Technology allows independent works to collaborate with other freelancers so you don’t have to go it alone if you don’t want to. You can stay small, but look big. Virtual teams give freelancers the option to go after larger projects and opportunities.
“You can be one person and use the Hollywood Model. When Steven Spielberg does a movie he goes out and finds the best people who are all independent and he brings them together for a project,”  Dr. Lonier adds.
Technology has even changed where freelancers work. Instead of feeling isolated in your home, tethered to your desk, there are options beyond the local coffee shop for independent workers.
Dr. Lonier says, “There are now more opportunities for co-working spaces which go beyond Starbucks. Now co-working spaces are very creative. There is one in Chicago and two other sites in NYC called Grind. Just one of the many of the fun environments that individuals have.”
Finally, freelancers used to rely on personally handing out business cards or passing out flyers to build their business. Today you can use social media platforms to spread the word. By engaging potential clients via social media, freelancers can network their way to success in cyberspace. Personally, I have attracted numerous projects simply by engaging my key targets on Twitter.
So if you’re a free spirit and want to build your freelance business, now is the time. But be ready to embrace technology in a big way to find customers, collaborators and connections to enhance your success.
This article was originally published by Susan Solovic