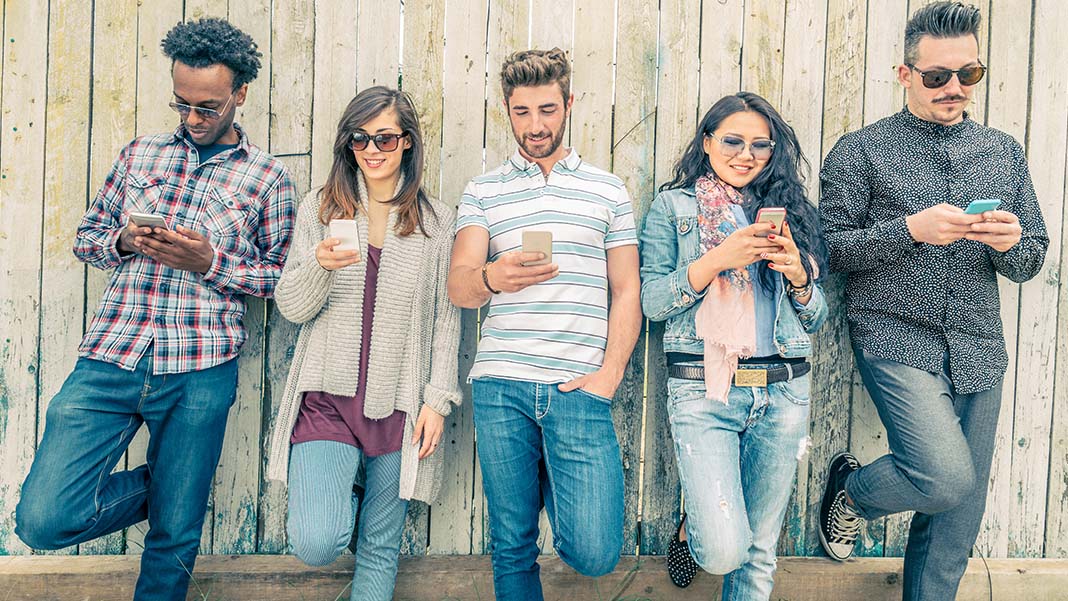 Everywhere you look, people are glued to their smartphones. Whether you’re in a coffee shop, at a dinner party or walking down the street, chances are you’ll see someone intently engaged in their mobile phone.

The average user now checks their smartphone 85 times each day. Mobile use has never been greater as we all become a nation of smartphone addicts.

We’re never far from our beloved phone either; in a study by Jumio 72% of respondents in a survey reported to being within five feet of their mobile the majority of the time.

It’s pretty obvious that some of us will stop at nothing to catch up on the latest Facebook news, texts from friends or one last email before bed. Today we’re looking at some of the startling facts into mobile usage. Chances are they won’t surprise you!

Mobile Use – Is anywhere off limits?

For most of us, our smartphones are our constant companions, is there anywhere we won’t take them?

Is your business taking advantage of mobile? Is your website mobile friendly?

Mobile marketing is no longer a luxury, it’s a necessity. Your customers are relying on their mobiles more than ever, with 70% using their smartphone even when a desktop is present. In fact for 10% of Americans, their mobile data plan is their only source of high-speed internet.

In 2015 Google announced that for the first time more searches were made on mobiles than on desktops, so if you want to reach more customers online, you need to take mobile seriously!

Are you attached to your phone? How often do you check your mobile each day? Is there anywhere mobile use is off limits?