Home / Technology / Hardware / Growing a Business with the Cloud 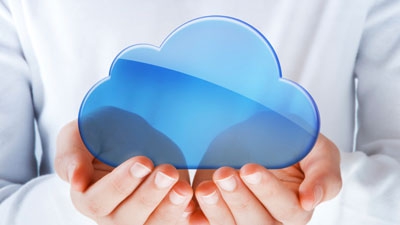 Growing a Business with the Cloud

Not so long ago, it seemed that every industry was dominated by a few giant corporations. Newly launched businesses never stood a chance in front of those mammoths unless they had some serious financial backing that would allow them to invest in infrastructure, marketing and other relevant departments. Cloud computing put an end to that monopoly when it introduced cloud-based infrastructures, cloud-based serviced and cloud-based software that were reliable, expandable and cost-efficient. Almost overnight, the huge gap between giant companies and small businesses was reduced to near non-existence.
Business in the Pre-Cloud Era
Before the cloud came, starting a business was a risky move—you needed to do extensive market research and invest a considerable amount of money in infrastructure alone, and if you happened to get your research wrong, or business simply didn’t go the way you planned, bankruptcy was almost imminent. There was no room for mistakes, and no room for on-the-fly plan adjustments when you had everything planned down to the last cent. This made if quite complicated for entrepreneurs to take a shot at an industry.
Related Article: 3 Things Your Business Should Know About the Cloud
When cloud services appeared, the idea was to offer people with great ideas but not-so-great budgets a chance to give it a try.
The Cloud Revolution
The rise of the cloud had a greater impact on the business universe than anyone could have ever anticipated, and that’s mainly because nobody could anticipate exactly how the cloud would evolve. In the beginning, the cloud was nothing more than a more accessible type of off-site datacenter that businesses could use to store files and run some services on, but as its popularity grew, so did its portfolio of services and features. Nowadays, pretty much everything you can do on a regular computer can be done in the cloud. Not only can the cloud replace one computer, but it can replace a whole network of them.
Businesses could finally forget about the difficulties of setting up servers, switches, routers, workstations and everything else in between, as the cloud could provide an entire IT infrastructure for a fraction of the cost, and without the complications that come with setting up a local IT infrastructure.
Related Article: Can Cloud Computing Save Your Business Money?
On the software side, a lot of vendors jumped on the cloud bandwagon, offering cloud-based software with monthly subscriptions. Microsoft’s popular Office suite is now available in the form of cloud apps, Adobe chose a similar approach for its professional video and image editing suites, and these are just two examples—there are numerous other vendors that went with the cloud. Aside from the financial aspect, there’s also the convenience one: the programs can be accessed from everywhere, via a web browser, so you can do your work just as easily from any computer. A lot of vendors also make their apps mobile-friendly, giving you even more freedom.
Advantages of Cloud Infrastructure vs. In-house Infrastructure
Not only does opting for cloud-based infrastructure cut the initial costs, but it also brings several advantages down the road as well. The first and most important advantage is that it allows for flexibility when it comes to requirements, as cloud-based services are usually offered as monthly-subscriptions, so if you have some specific needs in a month, for a special project, but don’t need said feature in the long-run, you can just adjust your services to fit your needs, with no additional costs later on.
Even more important than flexibility is scalability—a small business doesn’t stay small forever, and when it’s time to upgrade, a cloud-based approach will allow you to do so without headaches. There is no in-house infrastructure to upgradeor replace, no technical complications, and most important, no downtimes. With a cloud-based infrastructure, an upgrade is just a few clicks away, and it’s completely hassle-free.
Maintenance and support costs are also cut down, since there’s no in-house infrastructure to keep an eye on. The cloud providers are the ones that need to handle the maintenance and support aspects, and don’t be afraid about them not taking these aspects seriously, as they are well aware that there are several other cloud providers out there that can replace them if they don’t do a good job.
Overall, has the cloud changed the way businesses are deployed? Completely! And what we see today is just the tip of the iceberg. The era of the cloud is just beginning.
Author: Daniel Lewis and Conosco.com!