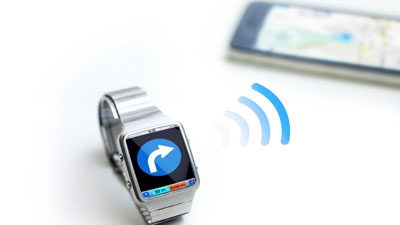 The winter holidays are barely over when tech enthusiasts get one more reason to be jolly: the annual International Consumer Electronics Show (CES) takes place in Las Vegas in early January. Unveiling the technologies that will make the headlines all year round, CES is the perfect place to go gadget-hunting, the event having a little something for everyone. If you’re an entrepreneur looking for gadgets to make your life a bit more interesting, here’s a list of the top picks from CES 2015.
Dell XPS 13 and Lenovo LaVie HZ550
There were several categories of gadgets presented at CES 2015, but let’s kick it off with something that falls into the traditional category of portable computers. Notice how we didn’t use the term “laptops”? There’s a reason for that—the products we’re talking about fall into the category of ultrabooks, a sub-category of laptops that target maximum portability, without cutting corners on performance.
Dell presented its refreshed line of XPS portables, the centerpiece being the Dell XPS 13, a 13-inch powerhouse that comes equipped with a powerful Intel Core i5 processor, 8GB of RAM and a solid state drive. What’s really impressive about this ultrabook is its display: stretching from one edge to the other, the 13-inch display is capable of a resolution of 3,200 by 1,800 pixels, and comes with an almost-invisible bezel. Dell claims it’s the smallest 13-inch laptop out there, and a look at it should be enough to convince you that the XPS 13 stands up to the claims.
Dell’s ultrabook may be the smallest, but Lenovo’s is the lightest. Weighing only 1.72 pounds, the Lenovo LaVie HZ550 is light enough to put MacBook Airs to shame, while still packing in some more-than-decent hardware specs.
The bottom line is that, if you’re on the hunt for an ultrabook, you can’t go wrong with either of these models.
Intel’s Compute Stick
If carrying an ultrabook still seems like a burden to you, Intel might have an alternative: the Compute Stick. Simply put, it’s a whole computer fitted in a HDMI stick that’s just slightly larger than your average USB thumb drive. Despite its small size, the Intel Compute Stick is a fully functional Windows-running machine (although it can be customized with Linux as well) that houses a quad-core Intel Atom processor, 2GB of RAM and 32GB of flash storage, expandable via SD card; most impressive, though, is that it easily fits into your pocket. The rumored price tag of just $149 for the Windows version, and just $89 for the Linux version, makes it even more interesting altogether.
Smartwatches
Smartwatches are quickly becoming a thing, so their presence at CES was more than justified. As an entrepreneur you’re always on a move, and having a device that allows you to easily check out notifications without having to fiddle for your smartphone every time is a huge benefit.
Related Article: 6 Business Functions You Can Improve with Technology
LG offered a preview at its WebOS-powered smartwatch at CES 2015, which proved to be quite interesting, but it you’re looking for something more elegant, the Guess Connect might be just the smartwatch you want.
Sony’s revamped version of its Smartwatch 3 in the shape of the Smartwatch 3 Steel shouldn’t go unnoticed either. Its metal finish gives it quite an exquisite look.
Cintiq Companion 2
Even though Wacom is a company that’s renowned for its graphics tablets, their pièce de résistance at CES 2015 was the Cintiq Companion 2: a 13-inch Windows 8-running tablet that can double as a secondary display. Coming with a Quad HD (2,560 x 1,440 pixels) display, and still being optimized for use as a graphic tablet, the Cintiq Companion 2 is a worthy gadget, whether you’re into design or not.
Witricity
Witricity is a road-opener to the future—a technology that is likely to change the way we charge our gadgets. Simply put, it’s a transmitter that can charge or power compatible devices wirelessly. All you’ll need to do is plug a Witricity adapter into the power outlet and watch the magic happen. The technology is currently in its early stages, but it definitely looks very promising, and it may mean the end of tossed-around charges and tangled cables everywhere.
Author: Daniel Lewis works for Conosco.com.