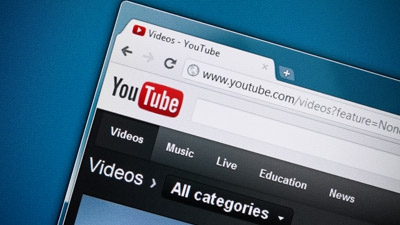 YouTube, the biggest video sharing website, is bearing down on an issue that has been plaguing them in the recent years. From average users to big time companies, there is a growing trend of buying ‘fake views’ to inflate popularity of videos. There are more than a few website out there that offer services to artificially increase the number of views of a video. The Google-acquired site recently announced that it’s going start checking random videos so that it can detect and eliminate fraudulent views.

In fact, the process has already started as YouTube has detected and deleted approximately 2 billion of these auto generated views from several music videos owned by giants such as Sony and Universal Music Group. YouTube also announced that upon detection these views will be automatically deleted and can even lead to deletion of the video or account suspension.

According YouTube’s software engineer Philipp Pfeiffenberger’s blog post, views, likes and comments are data that represents real human interaction and also represents how a creation interacts with the audience. He also mentioned that they as a company take these data seriously and will start periodically scanning videos to remove fraudulent views.

However, this might prove to be a Herculean task even for a giant like YouTube as hundreds of third party websites all across the globe continue to sell views, comments, and likes. Most of these sites offer a package deal. These packages usually start as low as $9 offering 3000 to 6000 views delivered within a day. This low pricing attracts a large section of average internet users, which makes dealing with this growing problem all more difficult.

Apart from these low priced packages there are also some packages that are worth nearly a thousand dollars and can buy as much as a million artificial views. Some big organization and companies especially from the entertainment industry use these packages as a marketing strategy to promote their video just before a big launch.

The task of removing these website-generated views is further complicated by the fact that Google indirectly directs traffic to the websites that generate them. Most users use Google to search these sites on the internet while some of these sites even use Google Adwords to draw in more paying customers. So in one hand it might be formulating a plan to get rid of these fake views, but on the other it’s faced with an internal dilemma as it is indirectly promoting these fraudulent sites.

YouTube continues fight against fake views as it suspects it might eventually affect their advertising revenue as advertisers are increasingly becoming unsure about the authenticity of each view. Therefore, this crackdown was a necessary step taken by the company to protect the need of its advertisers.

YouTube has warned all the users that paying a third party sites to generate views will only affect their personal account and can lead to account suspension and will eventually prove to bear counterproductive. For now, the video sharing giant seems to be adapting a search and destroy policy, however in the longer run they might need to do something more to get to the root of the problem.