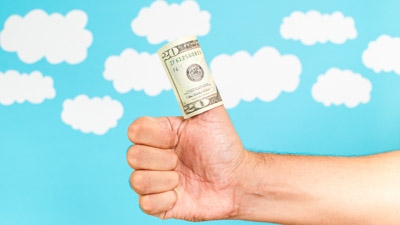 Is It Time to Forget Free Social Media Marketing?

Is the social media free lunch over?

When I joined Facebook and Twitter in 2008 the key attraction was that you could gain attention and market on social media for free. There was little social media advertising available and it was usually not an easy task and not self service.

This allowed them to reach their customer for free without paying for a TV campaign, newspaper ad or radio advertising. The other attractive aspect of social media was that it also had global reach. Never before had there been a way to reach a global audience for free. It was unprecedented.

Added to the evolving mix was the increasing use of smart phones as they reached critical mass. This led to the rise of social networks that made mobile their focus. Instagram picked this trend and started as a mobile app and today is the fastest growing social network with a growth rate of 23% in just the last 6 months and is not far behind Twitter with over 200 million users.

Mobile and social has continued to be a manic mix that continues to add fuel to the fast moving social media marketing landscape.

Just last week Facebook announced that it was changing the rules (again) on how brands can build their fans on their network.

They informed their customers and users that they were going to stop marketing apps “like gating.” So this means that apps and brands will no longer be able to “incentivize visitors to “like” a page to receive a discount, coupon or to even access free content.

Why are they doing this? Facebook’s take is they want to improve the value of a “like” so that only genuine fans are liking a page and not just to get a discount. A more cynical take on the news is that it competes with Facebook advertising.

Facebook in the last 12 months has continued to tighten the screws on organic reach with few as 2.71% of fans seeing your updates in their newsfeed.

Organic or free reach tactics are getting harder to achieve. Here is a chart showing the decline  of organic reach in just 5 months. The combination of more users, increased noise and declining organic reach means that paying for attention on social media is starting to become essential. It also means that you will need to be both smart and creative with your organic reach and marketing tactics.

As social media has moved from a perceived fad to an embedded trend that could no longer be ignored the evolution accelerated. Platforms started offering self service advertising. Today we have 8 of the major social networks offering social media advertising. Today there are 4.2 billion users across 8 of the top social networks. Here are the fast facts on paid social media advertising.

Google+
YouTube
Twitter
LinkedIn
Instagram
Pinterest
Tumblr
The implications for marketers and businesses is that they will need to continue to learn and adapt and add new skills to their social media marketing tactics toolbox. Standing still is not an option.

Are you continuing to improve your social media marketing education?

How are you evolving your social media marketing to counter Facebook’s declining organic reach? Are you trying other platforms such as Twitter?

Are you starting to pull out the credit card and advertise on Facebook?

Look forward to your stories and insights in the comments below.

This article was originally published by Jeff Bullas