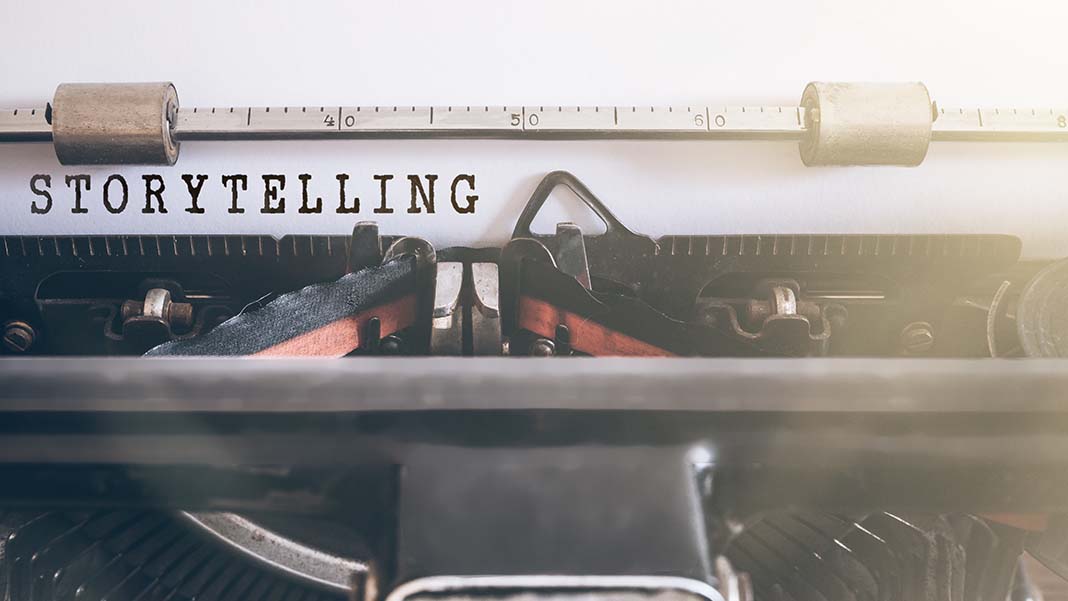 My industry colleague and friend, Douglas Karr, inspired me to take on this topic. It’s been a subject of conversation I’ve had for a number of years at conferences and industry events. He poignantly points out, “That Not Every Content Strategy Needs a Story” and I wholeheartedly agree with him. He makes a very poignant case that I recommend you read. This post will take a slightly different angle and reinforce Doug’s thesis even further.

The fact of the matter is that with the proliferation of content marketing this decade a shift has been occurring in thought leadership. Digital marketing, and the Internet in general, for much of its existence has been dominated by Math Men (technical folks). Just look at the rise of the SEO community last decade.

In contrast, today, we see a significant collection of thought leaders espousing the virtues of storytelling. This was the rise of the Mad Men (creative folks). The digital hybrid (both technical and creative) is a rare breed which arose from this dichotomy.

I started off as a Math Man, but by 2010 found myself equally tapping into my Mad Man persona. Today, I consider myself a solid hybrid, able to tap into both sides of my brain equally. I’d also say that Douglas is a hybrid as well, whether he would self-identify as one or not.

It’s because of this I believe both Douglas and I are uniquely qualified to chime in on this topic. We’re not one-trick ponies with a vested interest in telling the world how important great writing and storytelling is on the web. Quite franking, I don’t believe it is that important.

That said, there’s a whole lot of people in this industry who swear by storytelling. They pull no punches and use absolute words like must, always, everyone, everybody, etc. when describing it. They have a case to be made and there is some evidence to back them up.

The Case for Storytelling

Obviously, Mad Men have a vested interest in the industry believing their unique creative skills are highly valuable. And I’d argue that they are indeed valuable, just not for the reasons they say they are. One of the arguments made on a consistent basis is that storytelling is how humans have communicated for tens of thousands of years across the camp fire – that it’s baked into our DNA. We long for stories as a species.

In a class project I have my marketing students do every semester at the Indiana University Kelley School of Business many examples are given of campaigns (all happen to be video) that emotionally connect. In six semesters not one non-video example has been presented. Nonetheless, these stories touched my students enough for them to do a presentation about it.

Another compelling argument for storytelling is organic search. In theory, telling a story should produce more copy in an article than not telling a story. There’s been countless studies that show article length likely has something to do with organic search rankings, whether causation or correlation. Here’s one from Backlinko in 2016: Another recent study (I’ve been searching for it for an hour, but can’t find it) shows that this “benefit” extends to social shares, as well. The longer form articles tend to get more social shares. However, this benefit seems to disappear after around 3,500 words.

The Case Against Storytelling

This argument starts off fairly simple with common knowledge I’ve heard and have been sharing for 16 years. Over this time, nobody has successfully been able to attack its validity. It goes like this:

Now let’s add some research that Douglas shared. He cites a research study Google did on what actually motivated people to take action online. They were broken down into four distinct moments:

At this point you should be asking yourself where storytelling fits into these points raised. The answer is – it doesn’t. If a consumer is going to the web to solve their problem quickly and their problem is typically one of the four highlighted in Google’s study, wouldn’t storytelling just impede a business’s ability to give consumers what they want? The answer is – yes.

Storytelling needlessly extends the amount of time required to find the solution to the problem the user was looking for to begin with.

Some of you reading this might be asking yourselves – people go to the web to be entertained, too, right? Isn’t that a case for storytelling? The answer is – no. Ask yourself, where do you go online for entertainment? Is it generally a brand’s content? No, it is not. Remember, businesses are in the business of solving people’s problems.

Let’s take a look at Google’s search engine itself for a moment. A safe assumption is that Google has crafted its search engine to maximize its user experience based on the information it’s gathered through research and user behavior.

Also, let’s continue to keep in mind the above point. People only go to the web for two reasons: to solve a problem or to be entertained – quickly.

The four examples above seem to support the original common knowledge of why people use the Internet and the study Douglas highlighted in his post. However, here’s where Google starts to send mixed signals.

Longer articles do better in the SERPs. If Google values answering queries quickly, why would it reward longer form (presumably some type of storytelling or just very thorough) content in organic search? That’s a good question that I can only speculate on.

These are three possibilities and there may be even more. But nonetheless, it’s a mixed signal.

So, what’s the lesson to be learned here? Google has publicly stated that its algorithms are designed to serve up the best most relevant web pages for each individual query. It’s shown time and time again that speed matters when answering a query. It’s safe to assume that, on average, the web page that solves the problem the best, most thoroughly and the fastest is what’s considered most worthy of ranking.

I believe where we perceive mixed signals is simply a matter of thoroughness versus speed. While Google does appreciate speed in its SERPs, it equally appreciates thoroughness in answering a query. Thoroughness, as well as storytelling, leads to longer posts.

Do a Google search for “SEO.” Moz’s “The Beginner’s Guide to SEO” is the number one result and has been for years. Think about how difficult it would be to rank number one for “SEO.” Other than the four P’s (pills, porn, poker and payday loans), I don’t think there’s a more difficult term to rank for. Every couple of years or so they update it. I don’t know exactly how many words it is, but it’s probably around 10,000 or more. It’s extremely thorough and is considered an industry standard for how to do SEO. It’s simply a how-to guide with no hint of storytelling at all.

So, let’s reexamine the three possibilities as to why Google rewards longer form content. Again, this is just speculation.

Given the above, I’ve yet to find a truly compelling argument as to exactly why brands should focus most of their content marketing attention on storytelling. It has its place, but is certainly no marketing panacea. Online user behavior hasn’t shifted since content marketing came to be, other than the shift to mobile (which further makes speed important). Businesses are in the business of solving problems. That’s what they do and why they exist. Stick with solving problems thoroughly, but quickly, using content and you can’t go wrong.