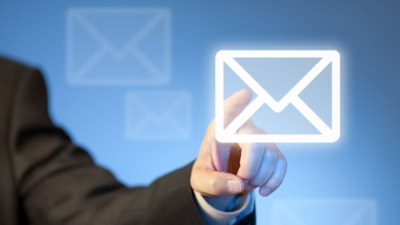 The rise of email launched an entirely new branch of marketing possibilities that businesses quickly latched onto as a way to lure new customers and keep in touch with current ones. It also spawned a new and ugly breed of Internet villains: spammers. And these spammers come in all forms, affecting small one-man operations and prominent CEOs like John Amicucci alike.
There is both a code of ethics and expected etiquette that goes along with email marketing that you should follow to avoid turning into one of these dreaded spammers. It’s a powerful weapon. Use it, don’t abuse it.
Don’t Masquerade
Don’t send emails purporting to be someone or something you’re not. Don’t offer things you know you’re not going to follow through on. Don’t masquerade as an authority on something you’re not or allege any endorsement from an authoritative or governmental source.
Don’t Force Them
Each email should contain a clear, easy, working option to unsubscribe. If they want out, let them out.
DON’T EXCLAIM!!!!!!
Let your product or service sell itself. Emails littered with all-caps and tons of exclamation points look gimmicky and unprofessional. Your email is the receiver’s first glimpse into your company, your product, and your operation. Junk mail probably means junk product—you’re overselling, and everyone knows it.
Don’t Get Too Personal
Email is as close as you’re going to get to someone without being too intrusive. It’s easy to find out how to send someone a private Facebook message via email and even easier to direct message them on Twitter. Don’t. It’s intrusive. It’s on the other side of acceptable boundaries. People are willing to let you into their lives a little bit if you have a legitimate product or service. Don’t push it.
Don’t Bombard
Don’t be the “not this guy again” guy. Marketing emails sent incrementally on a repeating basis are common—accepted, even. But familiarity breeds contempt. By flooding your receiver’s inbox, you’re all but eliminating the chance that they’ll ever look at anything you send, but more importantly, you’ll annoy them. You want people to look forward to your emails, not to dread them.
Don’t Ramble On
Think of sending a marketing email the same way you think of sending a resume to a prospective employer: You’re lucky if they read it at all, and if they do, they’re only going to give it a glance. No matter how brilliant your marketing email, it’s one of many. Your recipient doesn’t have all day. Get in and get out. Use tight, short language and, if you can, bullets to highlight the main points. If they scroll down to see unending prose, they’re gone.
We all expect some marketing emails to appear in our inboxes every morning. The overwhelming majority are useless or boring or used-car-salesman-esque pitches. Some, however, are awesome. Some give us insight into something that might help us or offer us deals on something that we were thinking of buying anyway. Be yourself, be original, be brief, and be respectful. If you can’t do that, prepare for a long eternity doomed to the spam box.

Janet Lilly is a full-time freelance writer who enjoys focusing on a wide range of topics. She specializes in small business issues and profiles of prominent industry leaders.