Home / Sales and Marketing / Marketing Plans / Is Your Brand Living Someone Else’s Life? 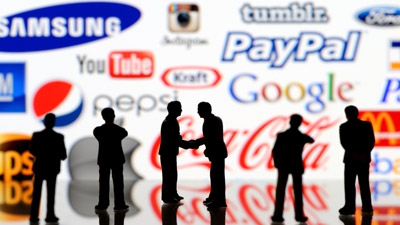 Is Your Brand Living Someone Else’s Life?

A brand is essentially the reputation of any company. In the day-to-day operating of a company, it’s confronted by a plethora of challenges. It takes a particular sort of person to grow a company while hurtling these obstacles. Brands that I admire are typically ones that are leaders in their category. There are the obvious ones that catch the global eye. Companies like Apple, Google and Virgin. But locally there are also companies whose brand shines. They are on the front lines and manage to lead in their own ways. Their positioning differentiates them and that difference rewards them.

Then of course there are the other companies. They’re the ones living some other brand’s life. These are the obvious brands that rely on analyzing what the leaders are doing and mimic them. They believe that since Nike uses a swoosh, then if they use one too they will become as successful as them. This of course is quite a stretch. But you see it every day.

How many hamburger joints follow the McDonald’s model? I’m surprised they don’t adopt a clown of their own. Notice how all auto dealers look exactly the same. Grocery stores also follow each other.

Where someone dares to break the mold and forge out with a brand that screams leader, the public usually rewards them. The norm is broken and they rise to the top. iTunes changed the way music was sold. Amazon revolutionized book distribution. Whole Foods showed traditional grocery a thing or two. Richard Branson and Virgin break boundaries all the time. He seems to take normalcy as a personal challenge. Steve Jobs as well.

In my own community, I see companies copying other companies all the time. I recognize that a major cause is a complete lack of confidence. The desire to BE an entrepreneur but not the wherewithal to actually behave like one. They all have this wait and see philosophy. Odd, the thing is they’re not waiting for themselves—they’re waiting for you. You take the risks on an idea, if you have some success they’re quick to swoop in and copy you.

I had a leading window and door manufacturer who did a fabulous job retailing his product. He was flustered by the fact that once his flyers went out, the leading competitor would mimic everything he did. As a credit to his sense of humor, he grew so tired of this that a week before his flyer ran he’d send the owner of that company a heads up as what he would be offering. It gave him the last laugh.

All laughing aside it spoke to the lack of confidence that manufacturer suffered from. It made his brand an also ran. His company name should have been called “Me Too!” You can look exactly like any company you wish. You can behave like any company but your can never BE that company. The cultures are different and the leadership is different. A brand has to be authentic to be successful. If you’re copying then there’s nothing authentic about your brand and it’s not fooling anyone. It’s the reason Apple outsells anyone else even with a substantially more expensive product. The other-lifer’s – THEY’RE NOT APPLE. THEY’RE NOT AMAZON OR GOOGLE.

You are you. It’s that simple. To be great your brand has to lead not follow. If you follow someone else you are by definition already behind. Following doesn’t put you out front. Living someone else’s life pays homage to the original. Makes sense when you think about it.