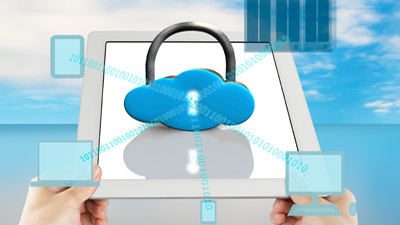 Cloud security isn’t exactly new, but it’s a constantly changing (and upgrading) system that everyone should know about—especially in an age where everything seems to be moving to the cloud. What began as a simple online storage method with things like Google Drive and Dropbox is now a worldwide phenomenon in the tech world, with systems across the globe switching to the cloud for better security, accessibility, and expanded storage and collaboration tools.

As the world’s top tech companies, like Apple, move things to the cloud and offer cloud security, one can’t help but wonder what it is, how it works, and why it’s necessary. Apple has provided Big Sur access to its users, among other tools, and as a whole, it’s a serious upgrade from the Mac operating system. But what security features does it offer? Is it safe to use?

This is the beginner’s guide to understanding cloud security.

What Is The Cloud?

Before we talk about security, it’s a good idea to properly define “the cloud”. Unless you don’t use any tech, you probably have some idea of what the cloud is and how it works. According to CloudFare, the “cloud” can be defined as, “servers that are accessed over the Internet, and the software and databases that run on those servers. Cloud servers are located in data centers all over the world. By using cloud computing, users and companies don’t have to manage physical servers themselves or run software applications on their own machines.”

The cloud essentially takes the demand for physical drives, storage space, and computing power to the web, providing remote versions of these services via internet connections. So, instead of storing thousands of pictures on your own personal hard drive, you can store them on the cloud in Google Drive, and save hard drive space.

But storage isn’t the only use for the cloud. Companies across the globe have created thousands of cloud-operated software systems for everything from organizing teams to creating new products and beyond. The beautiful thing about the cloud is that it’s expandable, whereas physical drive space is limited by…well, space.

Moving To The Cloud

As more and more businesses move to the cloud, security becomes a top priority. Are things stored on the cloud “safe”? Is it safer to store things on physical drives? What risks are involved?

Cloud security is largely monitored by software, rather than on-site technical teams. Every company faces similar threats when using the cloud, including data breaches, account hijacking, malware injections, and more. This isn’t to say that these threats will definitely affect your business, but being prepared for them is far better than leaving yourself open to attack.

That being said, there are hundreds of software programs that are designed to provide end-to-end protection for your business as it moves to the cloud. Securing the cloud begins with early threat detection and ends with post-attack forensics to learn where the vulnerabilities are. Even as hackers are upgrading their techniques and software, so too are cloud security companies/software.

Data breaches occur up to three times more often in companies who operate on the cloud, but a staggering 51% of data breaches occur because of theft. Limiting user access, requiring MFA (multi-factor authentication), and using better passwords are just a few ways that businesses of all sizes can help secure their data.

Generally, cloud security is made up of six pillars.

As business requirements change and evolve, the individual IAM becomes less important than groups of IAMs. Working with groups to ensure that upgrading individuals as the business grows is simple and easy. More extensive privileges will require higher credentials for access.

Micro-segment workloads from one another. Deployment of business-critical resources in logically isolated sections of the cloud.

Encryption at all transport layers for increased data protection and threat management.

A firewall that gradually inspects web traffic and monitors/responds to changes in traffic from web application servers.

As we move toward a more cloud-based future, security should be everyone’s #1 priority. The security of our cloud systems is only as good as the investments we make in it. The tools are out there, it’s just a matter of finding the right one to fit your budget and needs. SentinelOne is one of the top companies for cloud security, providing end-to-end security options for businesses of every size. It’s time to protect your data—don’t wait until you’ve had a breach.

Gary Wilkinson is a 28-year internet marketer from the UK and is CEO of the Link Kings Agency.