Home / Technology / Hardware / Are There Differences Between Analog and IP Security Systems? 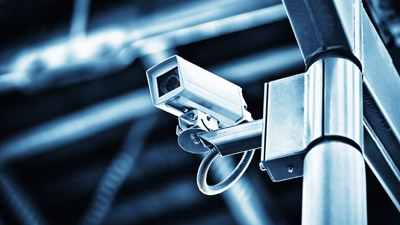 Are There Differences Between Analog and IP Security Systems?

When searching for an ideal home or business security surveillance system, users will come across two major options, namely, analog and digital security systems. For many users, there is no debate over which system is superior and thus, ideal for their surveillance applications: digital or IP surveillance. Analog systems were the preferred choice for many years, but not anymore.

A Comparison of Analog vs. IP-based Surveillance Systems

Cameras: Analog cameras capture video in baseband (raw) format and transmit it via Coax/Siamese cabling as an analog signal to the video storage system. Therefore, there is no encoding at camera level. IP cameras, on the other hand, have powerful video processing capabilities, which convert raw video into digital format. Therefore, any video that is captured is immediately encoded by the camera and transmitted as a digital stream to the video recording system.

Signal Transmission: Analog systems use Coax/Siamese wiring for signal transmission, whereas IP systems use Cat5 or Cat6 cabling. As such, users are required to setup a dedicated CCTV network infrastructure for analog camera installations. With IP camera installations, there is no need for a new network since the IP cameras can simply be integrated into the existing LANs/WANs.

Video Storage System: Analog systems require VCR recorders or DVRs for video storage, whereas digital security systems use NVRs. DVRs have a limitation in that they are stand-alone devices with internal hard disk drives for storing the video. NVRs are different, owing to the fact that they can store the video on various medium including servers and network attached storage (NAS). With digital surveillance systems, it is possible to store the video in remote locations such as the cloud.

Extended Functionality: Analog camera systems lack extended functionality including remote viewing capability. Users can access their IP cameras from over the Internet to enable them to view surveillance footage from anywhere in the world.

Future Prospects: Analog technology doesn’t have much of a future. IP technology on the other hand, is the popular choice in as far as modern devices are concerned. IP technology is improving by the day, meaning that digital security systems are here to stay.

This article was originally published by iTech