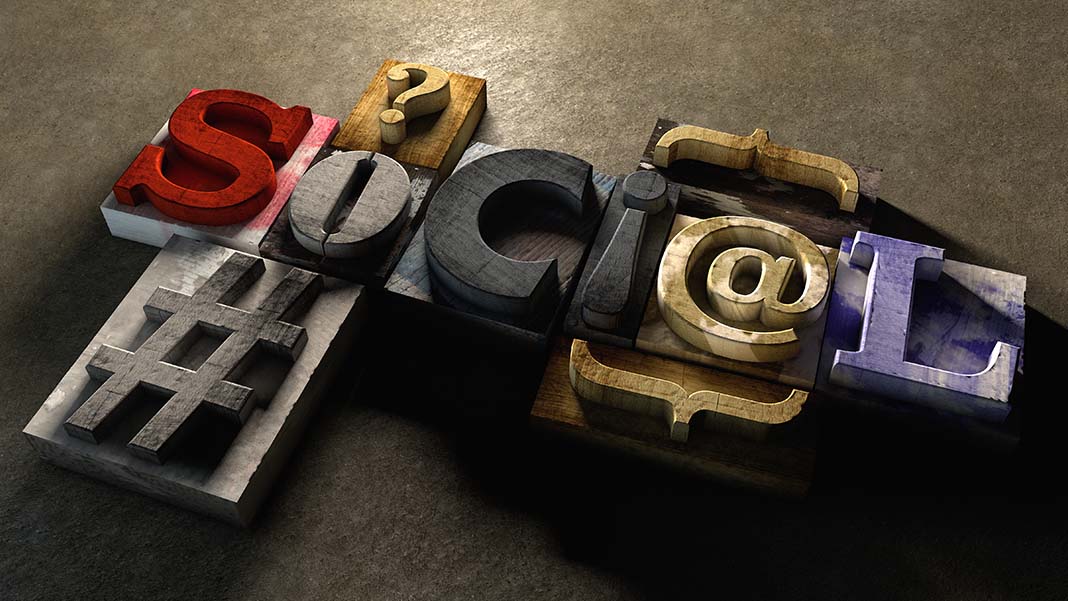 Is It Time to Ditch the Term “Social”?

What at first blush might seem like a highly ironic and utterly absurd question has a surprisingly firm grounding in reality, at least in today’s existing digital marketing reality. When you take a moment to stop and think about it, much of the largely two-way interplay on the ubiquitous digital communications platforms we collectively refer to as “social media” really isn’t all that social, at least not in our traditional understanding of the term.

To put a finer point on this idea, given the increased frequency and ubiquity of two-way communications between consumers and brands over digital media in recent years—communications that are nearly always viewed under the catch-all heading of “social”—is it finally time to ditch the term social altogether in favor of a new term or turn of phrase that more accurately reflects the inherently private, non-social nature of such exchanges?

These reflections were induced by one factoid in particular from the recently published Q2 2016 edition of Sprout Social’s ongoing brand index and consumer survey, which is principally focused on underscoring the increasingly important role of social media in customer care. Here’s what it said: “90% of people surveyed have used social in some way to communicate directly with a brand. What’s more, social surpasses phone and email as the first place most people turn when they have a problem or issue with a product or service…”

The devil here lies not in the implied notion that social media plays a vital role in customer care—that’s becoming increasingly self-evident—but in the misapplied use of the term “social” to describe the almost exclusively two-way interactions that occur between customers and brands on social media platforms. Let me explain.

The core meaning of the term social hinges in the concept of “public” as opposed to “private.” Public implies communal or societal, while private implies individual or parochial (i.e. limited to or designated for a specific individual or group). To further illustrate this distinction, here are the dictionary definitions of both social (i.e. public) and private, along with some popular synonyms for each:

Social: of or relating to society or its organization.

Private: belonging to or for the use of one particular person or group of people only.

Examples of a private exchange on social media might include anything from a direct message chat with a brand’s CSR to an illicit Snapchat correspondence with a mysterious paramour (which at any rate may end up being shared publicly these days).

A public exchange, by contrast, could include any number of different social media interactions with one’s broader network of family, friends, and/or the general public, ranging from (but certainly not limited to) kitschy postings of adorable pets/children on Facebook/Instagram to heated Twitter exchanges with impassioned supporters of that guy/gal you simply cannot stand running for President.

The broader point is that, in today’s parlance, every interaction through a social channel falls under the rubric of a “social” interaction, regardless of whether or not it is, in fact, public (social) or private (two-way, non-social) in nature.

We find evidence of this type of social conflation in the aforementioned Sprout Social report, which notes the following:

Given our understanding of the distinction between public and private, how many of these “two-way dialogues” are really nothing more than private communications between an individual and a brand that merely happen to take place over a social media platform?

I don’t see anything remotely social about such exchanges, unless we are going to take an overly expansive definition of the term social to refer to any exchange, public or private, between any two individuals or groups. And what would be the point of that?

Don’t get me wrong, this article is not meant to trash Sprout Social or any other brand for using the term social as a catch-all to describe any business-to-business or business-to-consumer interaction via digital media; to do so would be personally hypocritical on my part given my own flagrant use of the term. Rather, my goal is to call out the general overuse and subsequent misapplication of what amounts to a woefully nonspecific term (social) in our universal attempt to capture the essence of an increasingly complex set of highly specific concepts and interactions that have rapidly evolved over time.

I would argue that, in its early days, social media was a more inherently “social” phenomenon. Over time, however, technological advancements and mainstream adoption on the part of consumers and brands alike have greatly expanded the uses for and applications of social media to its present form: a sprawling patchwork of public, semi-private, and private interactions between varying individuals and groups over innumerable digital media channels.

What’s the answer? Are we to abandon the creature of our own creation in favor of a less misleading, more suitable term for the uber phenomenon we now know simply as “social?” What would such a term even look like?

As tempting as it may seem, I don’t think the answer lies in capitalizing on the distinction between private and public media. Unfortunately, in the media world, public implies government sanctioned or sponsored while private implies corporate generated; this would only create confusion.

I suppose we could take a half measure and bifurcate the term social into “public social” and “private social,” but then you’re confusing things further by creating a redundancy on the one hand and a contradiction on the other.

In truth, any effort to clarify what has become such a labyrinthine concept as social is likely doomed to come off as nothing more than a hackneyed attempt to sacrifice simplicity on the altar of precision. One can imagine any number of perfectly accurate but painfully clunky terms to describe two-way social interactions, phrases such as “business-to-consumer interaction over digital media,” or real-time customer-to-brand digital interface.” Or worse, the creation of a budding lexicon of forced acronyms like CHAT (Customer-to-Human Automated Transaction) or RAP (Remote-Actuated Personalization).

So where does this leave us? I’m not sure; as is often the case in life, it’s easier to pose the question then to supply the answer. Here’s one thing I do know: in many cases, we are currently misapplying the term social to a raft of inherently private or semi-private interactions between businesses and consumers (and everyone else, for that matter) without fully realizing or acknowledging it. And I haven’t even introduced the potentially thorny issue of non-human artificial intelligence (AI) into the analysis.

Back in 2011, research firm Gartner predicted that by 2020, nearly 85% of interactions an individual has with a business will not include a human on the side of the business. The rapid rise of AI-powered chatbots seems to bear this notion out. It also raises the intriguing question of whether consumer interactions with artificial intelligence can be rightly classified as social interactions at all (sounds like a good topic for another post).

Even though I don’t have a ready replacement on-hand, a comprehensive cure-all for our social conundrum, I do think the social landscape has grown sufficiently complex to at least raise the question of whether or not it’s time to ditch the term social after all.