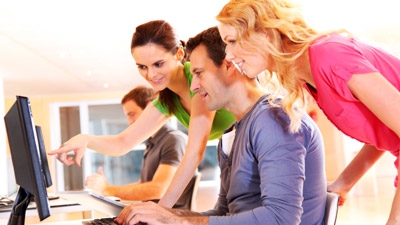 The Real Value of Viral for Businesses

Today I’d like to share my two cents on the concept of viral.
With the growing importance of digital marketing in general and social media marketing in particular, the word “viral,” along with the sentiment behind it, seems to be gaining more and more traction.
One could say the very notion of viral has, well, gone viral. Evidence of this can be seen in the marketing world’s shifting use of the word as a noun rather than an adjective. Instead of viral campaigns and viral marketing, we now talk of viral in independent terms. Indeed, it looks as though “viral” has been universally accepted into the eternal pantheon of marketing phraseology, right up there with “the 4P’s” and “the marketing mix.”
Setting aside my general disdain for an overly extended metaphor, I think this is taking a dangerous line. In my humble opinion, viral should never be an end goal or objective, or even an indispensable and fundamental tool or best practice for advertisers and marketers; rather, it should be the fortunate result of a well-thought out and properly executed marketing campaign.
Of Viral, Social Influence, and Word-of-Mouth
For advertisers and marketers (and, ultimately, the businesses for whom they work), the real value of viral campaigns lies in their ability to efficiently reach a broad audience with a relatively small investment of capital and human resources (money, time, staff, etc). The goal with viral is to stimulate social sharing on a massive scale in order to drive social influence, and thus either directly or indirectly impact brand ROI in a positive manner.
Given this, the two main question marketers and advertisers need to focus on with respect to viral are 1) to what extent does social sharing equate to social influence?, and 2) to what degree does social influence affect the consumer purchase decision?
Believe me, I’m not the only one thinking about these questions. Jonah Berger, a Marketing Professor at U Penn, conducted extensive research on why people share. His data suggests that word of mouth is the primary factor behind 20-50 % of all purchase decisions. This becomes especially interesting when you factor in that McKinsey Quarterly predicts word-of-mouth (WOM) marketing will be a $5.6 billion industry by 2015.
Considering that social media is essentially the “word of mouth” of our digital age, the goal of viral marketing is to stimulate social sharing, and by doing so, to build social influence.
Give ‘Em a Reason to Share
The best way for marketers and the brands they represent to stimulate social sharing and build social influence is to stick to good ol’ fashioned marketing fundamentals, which are invariably centered on trying to form connections with your target audience by resolving their wants or needs or otherwise providing relevance and value.
Give your audience a reason to be interested in your social content; contextual relevance is the necessary first step toward connecting- i.e. creating familiarity and affinity; affinity, in turn, breeds trust and fosters loyalty.
Perhaps the best way to go about building a viral campaign is to honestly examine your brand values and business goals to determine the most important, core message you really want to convey if you could, and then clarify the core audience you are trying to convey this message to.
In other words, figure out exactly what are you trying to say, and to whom are you trying to say it.
I call this the A,B,C – X,Y,Z test. “We provide A,B,C for X,Y,Z.”
It’s sort of a value proposition meets buyer persona exercise. You should use these two fundamental marketing components: your core message and your core audience, as the lens through which to define and build your “viral” campaign…
Is It Viral-Worthy?
One of the biggest pitfalls for advertisers and marketers with respect to viral is the tendency to get so focused on creating something viral-worthy that the campaign objective is lost.
Creating an awesome, memorable meme that spreads through the internet like wildfire is great and all, but if it lacks context with broader campaign initiatives it loses some of its potential value. The most effective viral campaigns are those which manage to crystallize the brand’s core message in a creative, unforgettable way.
Aside from building brand trust, affinity, loyalty and increasing social influence, viral campaigns can sometimes go a long way to redefining consumer perception. Old Spice’s “The Man Your Man Could Smell Like” campaign is a case in point. When I was growing up, Old Spice was a laughable brand, one of the cheapest colognes readily available at your local grocery store (or even hardware store).
Old Spice’s “Man on a Horse” initiative helped revitalize what had become a defunct brand, repositioning it for a new generation. Thanks to some clever “viral” marketing, Old Spice has somehow managed to become a hip, cool solution. Heck, I even bought some Old Spice deodorant at Target recently. I wouldn’t have been caught dead doing so twenty years ago.
In the end, viral is perhaps most useful when viewed as a success metric reflecting the extent to which a given campaign is able to fulfill its intended objective(s), whether that is to re-brand a product or service, as in the case of Old Spice, or to accomplish some other marketing initiative.
Whatever the case, viral should be a happy by-product rather than a principal focus.
This article was originally published by SyneCore