Home / Technology / Telecom / What Do You Do After Google Voice? 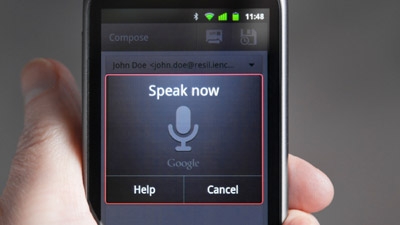 What Do You Do After Google Voice?

I remember in 2005 when I first found iGoogle, it quickly became my home screen. In November 2013, iGoogle will no longer exist. Yes, iGoogle, my personal dashboard for Gmail messages, weather, and a plethora of news headlines, will be no more. In many ways this is where Google and Apple are a lot alike: they don’t hesitate to eat their own children. But using the iGoogle home page gives me an orderly feeling to starting my day: check email, check weather, read horoscope, check news headlines, and Google alert notifications. Oh well.
Now I am wondering what lies in the future for Google Voice. In 2007, Google bought Grand Central, a leading virtual phone service that issued phone numbers, allowed recorded greetings and dial by number functionality, and sent voicemails as .wav files in email. They then went silent, until Google Voice was released on the Today Show in June 2009 as a free service. Their Wikipedia page says that it will remain free through 2013. Just recently though, they folded Google Voice into Hangouts, which already swallowed Google Talk (their free chat service) as part of Google’s play to unify instant messaging, video conferencing, and VoIP services into one platform.
Google Voice users now can’t make outbound calls (something they used to be able to do) in Hangouts—or Gmail—where Google Voice used to happily reside. Voice users aren’t happy, and with good reason, as small business owners in particular used Voice as an alternative to a traditional copper landline and to look more professional.
And they should be nervous. The Google graveyard is extensive. While iGoogle and Google Reader (both retired) were geared toward a plethora of users, from consumers to executives, Google Checkout (which was also recently sent to the Google graveyard) and Google Voice have been adopted primarily by small business owners. These small businesses are worried that the Hangouts takeover will disrupt their existing usage of Google Voice numbers as their business phone numbers, keeping those numbers separate from their personal lines.
They also worry that Voice will be stripped of other features, and they’re again right to be concerned. Google Reader and Google Checkout are now both gone, and so soon will be iGoogle. Hangouts may very well lose what made Voice so appealing: outbound calls, transcribed voicemail, and integrated SMS messaging. Users have already noted that Hangout doesn’t filter out spam when forwarding calls to another number, like Google Voice did.
As usual, Google made its changes with little warning, and Voice users are now looking for other VoIP alternatives. After all, Checkout adopters are being herded to partner platforms, and iGoogle and Reader users are left finding alternatives by themselves. Who’s to say Voice won’t be next?
Because of this, and the increasing awareness of how much business is being lost to voicemail, many of these small businesses are starting to re-evaluate their small business phone answering strategy. Ultimately, callers to Google Voice often end up in voicemail and, with the loss of outbound calling combined with the liability of new business opportunities lost to voicemail, many small businesses are considering the next generation of live answering services built on the new VoIP network. These companies have built their systems on the same platforms as Google Voice and Ring Central (the second largest small business virtual phone system). A total of 5 million small businesses now use a virtual phone system with their cell phones, and half are on Google Voice.
It will be interesting to see how this plays out over the rest of this year.

Once lead engineer on the cleanup of the nation’s worst hazardous waste disposal sites, Jim Plunkett entered the digital world in 1999, co-founding Vacation Harbor, a travel website much like AirB&B. As cofounder of Main Virtual Office recently rebranded US Answer and as founder of SmallBizSEO, Jim is an authority on digital lead generation and capture for the nations smallest businesses.