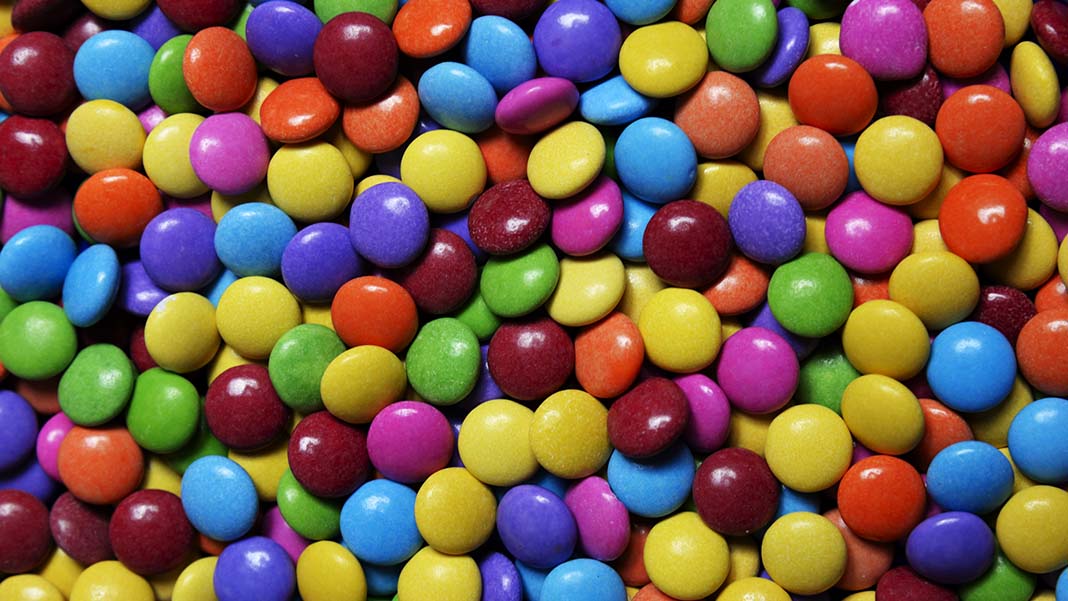 Interview: The Sweet Taste of Success

Maayan Zilberman is a designer, artist, and the candy maker behind Sweet Saba. She lives in and works in New York City.

The easiest path is the one you already know. Too often, people remain in careers they’re no longer attached to simply because it’s what they’re most familiar with. You’ve been in fashion; you stay in fashion. You’ve been in food; you stay in food. And so on and so forth. But some of the greatest success stories are those who boldly cross over, abandoning the old and embracing the new–and bringing with them a fresh perspective to an industry they’re excited about. This is where reinvention begins, in both person and product. Which is precisely what Maayan Zilberman accomplished when she began making candy under the name Sweet Saba.

Since starting the company in the fall of 2015, Zilberman’s treats have been devoured by the media and the masses alike. Vogue loves it. The New York Times does, too. It’s the kind of bespoke, conceptual product people look for in an era that craves a story behind the things that they consume. Zilberman’s candies don’t look like the ones you grew up eating. They are imperfect, handpainted, no one piece alike. They are replicas of things that already exist in the world–watches, crystals, Sharpie pens–that you normally want to own and use, but never have had the opportunity to eat. Edible ephemera. Nostalgia you can touch.

Not long ago, Zilberman was an entirely different field. In 2007, she co-founded cult-favorite lingerie brand The Lake & Stars. Whereas Sweet Saba appeals to the sweet tooth, Lake & Stars addressed a different type of indulgence. The collection, with its bold straps and strong silhouettes, rebranded sexiness, making it available to women who would never understand—or, perhaps, want to understand—marabou heels or ribbons in excess. In a word or two: cooler than your average. After years in the pages of magazines (W, Marie Claire, Elle) and on some of the hottest bodies in the business (Helena Christensen, Natalia Vodianova, Crystal Renn), Zilberman and her partner called it quits in 2013.

Though not immediate, the parallels between her past career and her previous one are certainly there. No matter the form, what Zilberman aims to create is something that subverts expectations. Her candy doesn’t look like regular candy, just like her lingerie didn’t look like regular lingerie. A manipulation of and a disregard for the norm is very much where Zilberman’s genius lies. Here, we talk to the Brooklyn-based polymath about the value of collaborations, embracing the unexpected, and what you can learn from burning sugar.

BOND STREET: When did you come up with the idea for Sweet Saba?

MAAYAN ZILBERMAN: I had been making candy for a few months as a kind of art project last year. Around that time, I started doing some research in the medical marijuana world and partnered with someone to create a product for medical purposes. I had an opportunity to open up a shop in New York, and I thought, “Well, I can’t make anything with marijuana here quite yet”–there are very limited resources to make a legal dispensary here–“so I’ll continue to make the candy as an art endeavor.” I opened up a pop-up shop in November of 2015 with just hard candy, thinking it was just going to be this smaller project, but I got a lot of support and sold a lot of candy. I realized that this could be a real business.

BOND STREET: Did you not expect it to be so well-received immediately? Were you considering just keeping it as a hobby?

MAAYAN ZILBERMAN: It wasn’t that I didn’t think it could be a legitimate business; it was just that I hadn’t put a lot of energy in pushing it that direction. And because I hadn’t thought about it as a business, it came as a surprise that it happened so fast before launching it in a serious way.

BOND STREET: Sweet Saba is named after your grandfather. What would you two bake growing up?

BOND STREET: Do you think that experience was instrumental in you becoming an entrepreneur as well as getting into design?

MAAYAN ZILBERMAN: One-hundred percent. He was always my biggest fan. He was always very encouraging of me getting out there and doing all of the things I was dreaming about.

BOND STREET: Was there anything that you learned in your experience doing The Lake & Stars that you brought into Sweet Saba?

MAAYAN ZILBERMAN: They’re very much aligned. I learned a lot about this kind of business by being in the garment business. I like to say “garment” rather than “fashion” because the fashion business is more about PR and the garment business is more about production. I learned about small production versus larger production, and working through the growing pains of starting small and then scaling up. There’s always an argument about whether or not you need to scale up to be a real business. In some cases, you need to. In other cases, you can stay at a luxury price point and remain small. I’m sort of at the inflection point where I’m figuring out which direction to go and which makes the most sense for my product, and that’s something I dealt a lot with at Lake & Stars.

BOND STREET: How does scaling work with Sweet Saba, since it’s so you and it’s so handmade? Would you have to start outsourcing work?

MAAYAN ZILBERMAN: I do outsource some of the work depending on what kind of orders I’m doing, like orders for certain big events. The more one-of-a-kind sculptural work and special orders I’ll do on my own in the studio. Long lead, I am looking a little more into a line of candy that is more streamlined and easily produced.

BOND STREET: So it’s about finding that balance between the handmade with the work that’s easier to produce in larger quantities…

MAAYAN ZILBERMAN: Yeah, with a similar message and similar branding and the same flavor profile.

BOND STREET: In between your work in fashion and your work in candy, was there a bit of soul-searching that happened to arrive where you are now? Were you conscious about leaving fashion and moving into something else?

MAAYAN ZILBERMAN: It wasn’t so conscious of a decision. I like to think we’re always soul-searching. I’m always thinking about what I want to do next and how that corresponds with what I’m doing at present. Even while I was in fashion for all those years, I was always making things in the kitchen or in the art studio. I’m always doing other creative projects or collaborating with people. I think it’s really important to always be collaborating with people because you never know the kinds of things you might end up doing. And so it wasn’t so much of a conscious decision–the only conscious decision I’d say I made was to say “yes.”

BOND STREET: What would you say your most valuable candy collaboration has been so far?

MAAYAN ZILBERMAN: I’d say the first real collaboration was with my friends from Tacombi. They are really inspired by Mexico, as am I. I’ve done a lot of research trips to Mexico City and around there. We really bonded over our shared love for the country. They asked me to make some street sweets, as they call them, for their restaurant and that really got me inspired to learn more about traditional and old-school candy making. And then that inspired me to research chicle, which is what they originally used to make gum in Mexico. It was really that collaboration and that friendship that inspired me to start making candy in the first place.

BOND STREET: What were those earliest experiences in your kitchen like?

MAAYAN ZILBERMAN: I burned a lot of sugar. I learned how to make candy originally from watching YouTube clips. A lot of time I don’t understand what I’m doing unless I see it. Since I didn’t know a lot of candy makers at the time, I just Googled it and found these videos. I would just watch them over and over again until I felt comfortable enough with the material.

BOND STREET: In your career as an entrepreneur, have you had any mentors or significant supporters who have helped you along the way–aside from your grandfather?

MAAYAN ZILBERMAN: Sure. I’ve had some great supporters. In candy, I have to say that the best support that I’ve gotten since I started is from Martha Stewart. She Instagrammed some of my candy–that was unreal. When I saw it I almost dropped my phone on the ground. She was always an idol of mine growing up.

BOND STREET: Do you find that Instagram drives a lot of sales for Sweet Saba?

MAAYAN ZILBERMAN: I don’t know if it drives sales. I find that articles and interviews drive a lot of sales because people feel more connected to the story and connected to the product. But Instagram drives interest and starts a conversation, which is why I like to create in the first place. I like the dialogue.

BOND STREET: Where do you produce today?

MAAYAN ZILBERMAN: Right now, we have a facility outside of the city. I’m looking at places in Los Angeles, too, for the summer. I don’t know if you know but candy’s biggest enemy is New York summers.

BOND STREET: You mentioned in another interview the importance of “maintaining a halo” as the business grows. Can you dig into that a little more?

MAAYAN ZILBERMAN: I think it’s always important to maintain the height of your creativity, that you keep the wheels turning all the time. I guess I would say that whether you’re making one-of-a-kind pieces or working on a project intended for mass consumption, it’s so important to get the original idea through. There are some pieces I make that I know, as I’m making the prototype, that there’s no way it will make it into a store, no way that someone’s going to order 5,000 of them to make it worth making a model for it. But I know that if I make it it will speak to my customer and keep them interested in what I’m doing, and it will provoke some thought or conversation that keeps the brand alive.

BOND STREET: So it’s more about maintaining the level of creativity that you walked into the project with, not focusing on numbers and sales.

MAAYAN ZILBERMAN: Yeah, it’s important to do that no matter what kind of industry you’re in.

What’s the best piece of advice you’ve ever received as an entrepreneur?

I receive a lot of great advice, though I don’t know how much of it pertains to business.

MAAYAN ZILBERMAN: Most of my best advice comes from my friend Ilona Royce Smithkin. I don’t know if you know the site Advanced Style. She’s one of my favorite close friends—the one with the red eyelashes. She makes her own; she’s 95.

That’s a lot of what inspired me to make candy, actually–to make things that disappear. I like making these objects that look like something you’d like to own–like a Rolex or lipstick or your favorite bracelet–but once you have it, you eat it or it deteriorates. It’s not meant to be part of your life forever. 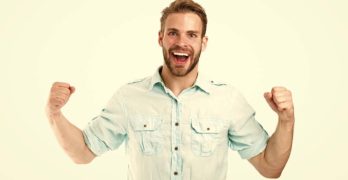 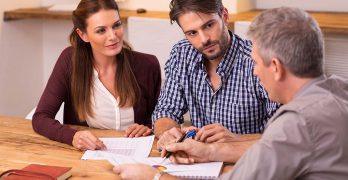 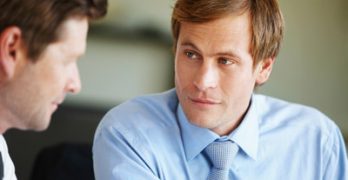 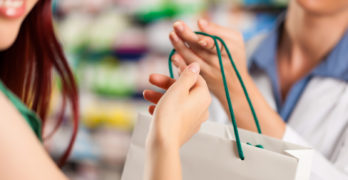