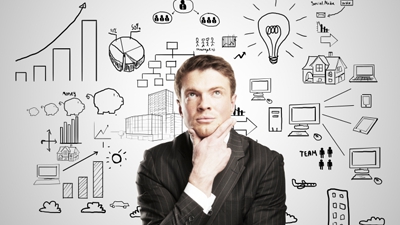 With the year coming to a close, it’s time to take a look back and identify those folks we believe had the biggest impact on the emerging content distribution and promotion industry. This year was most certainly the year of content marketing. However, it was also the year marketers learned that great content is king only when it’s published in front of an existing and significant audience or with a meaningful promotion and distribution plan in place.
This new industry includes both earned and paid media tactics. From media relations, guest posting, influencer outreach and content syndication to native advertising, advertorials, paid social and newsletter placement, these thought leaders have been on the cutting-edge of promotion and distribution tactics throughout the year.
The individuals below had some of the most resonant voices of this emergent industry. Because of them and others, 2014 will be the year of content distribution and promotion.
1. Ryan Skinner: An analyst for Forrester, Ryan is one of the loudest and most thoughtful advocates for content distribution and promotion. He authored the report, “Put Distribution At The Heart Of Content Marketing,” and frequently writes and tweets on the subject.
@rskin11
2. Christopher Penn: This VP of Marketing Technologies for SHIFT Communications introduced the concept of converged media—the combination of earned, owned, paid and shared media. The ideas that underlie converged media are critical in content promotion and distribution.
@cspenn
3. Tracy (DiMarino) Lewis: A PR and marketing pro, Tracy is a senior consultant for PR 20/20 and the community manager for Marketing Agency Insider. She frequently shares her thoughts on content distribution and promotion.
@Tracy_J_Lewis
4. Laurie Sullivan: As a writer and editor for MediaPost, her article, “Failing Distribution Strategies Smother Great Content,” offers great insight into why promotion and distribution are so important. She also frequently writes about paid media.
@LaurieSullivan
5. Andy Betts: A frequent contributor to SearchEngineWatch.com, Andy has worked with many top global brands over the last 12 years. He’s a leading voice in organic search marketing and has embraced and championed the power of earned media for marketing.
@andybetts1
6. Joel Klettke: A former agency-side SEO, Joel is a freelance copywriter who helps agencies and brands create content. He’s been extremely vocal in 2013 that great content is not enough—that great content creation requires great content promotion.
@JoelKlettke
7. Joe Pulizzi: As the founder of the Content Marketing Institute, Joe has led the charge to make content the centerpiece of today’s top digital marketing strategies. He’s also quite outspoken about the proliferation of native advertising and the emergence of branded content on our favorite media platforms.
@JoePulizzi
8. Michael Brenner: The VP of Marketing and Content Strategy for SAP is also a prolific writer on topics related to leadership, content and marketing. He believes promotion and distribution are so potent that we’ll soon start seeing brands and publishers build true partnerships and co-create content.
@BrennerMichael
9. Marty Weintraub: The founder of aimClear, an integrated social, search, display and PR online marketing agency, Marty is an expert at promoting content via paid Facebook promotion. He also wrote the critically acclaimed book, Killer Facebook Ads.
@aimclear
10. Yaron Galai: As the co-founder and CEO of Outbrain—a content promotion and distribution advertising network that connects branded content with publishers—Yaron feels so passionately about the subject of promotion that he built an entire company around it.
@YaronGalai
This year is nearly in the books, and it’s refreshing to know that innovators like those above will continuously challenge us on the marketing trend of the moment. They taught us that producing and publishing content is not enough to be successful in our new digital, wireless and multiscreen world.
It’s been a fun ride for marketers and PR professionals this year, and next year will be even better. Don your content distribution and promotion hats in 2014 and you just might make this list next year.
This article was originally published for Relevance.com