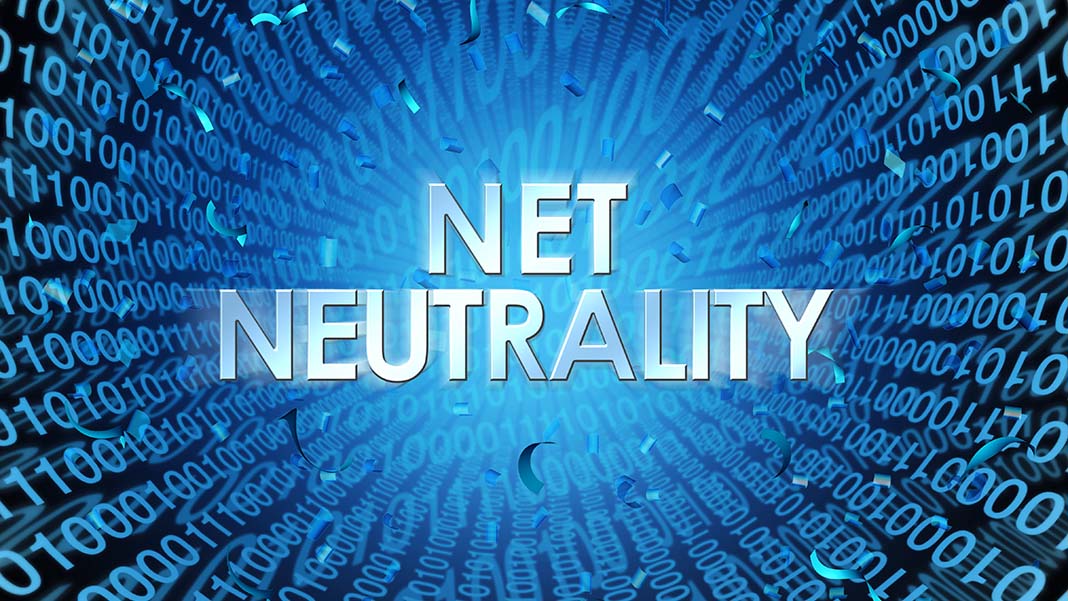 Net neutrality never existed, and likely never will. And the only people in a position to level the playing field are digital marketers.

By now you’ve likely heard that Net Neutrality—the Obama-era regulations governing ISP speed lanes and content prioritization—has been struck down by the FCC.

And thus the heavens did rain down upon the masses clots of blood and meteor showers.

Well, that didn’t actually happen. But winners did celebrate, and losers went off to lick their wounds. And while this article takes a contrarian view of how internet marketers will be more or less unaffected, we may have a thing or two to say about those winners and losers, and why we could care less about them.

What Is Net Neutrality?

Real quick, Net Neutrality—a 2015 ruling by the FCC—made it illegal for internet service providers like Comcast, Verizon, and AT&T to block, speed up, or slow down apps, websites, and streaming video content, etc. It also stops these companies from favoring their own content services (by, say, increasing speed or reducing costs to those services).

Proponents of Net Neutrality say it levels the playing field between large corporations and small business. It keeps the internet a fair and unbiased meritocracy, where everyone is on equal terms and anyone can access the same content at the same speed as everybody else.

Opponents say that Net Neutrality is regulatory overreach that has been overly harsh on ISPs. According to FCC Chairman Ajit Pai, the decision to regulate the internet as a utility has made the internet less competitive and cost ISPs so much money that they cannot invest in the infrastructure required to improve speeds and connect more people to the web.

Okay, So It Was Repealed. What’s the Worst That Can Happen?

According to Just About Everybody, the worst is worse than we thought.

Wired claims that ISPs could resemble cable TV packages. Only a handful of larger sites like Facebook and YouTube will be available, and you’ll have to pay extra for additional internet “tiers.” Blogs will disappear, small business will wither and die, and only monster tech companies like Netflix and Amazon will be able to compete.

Inc. says that internet marketing as we know it could be destroyed. Since Net Neutrality was the only thing maintaining a competitive online environment, small businesses will have no use for things like SEO and SEM or even websites, because they’ll be ignored anyway.

AdWeek declared advertising prices could explode. Agencies could be forced to pay higher prices for faster bandwidth to ensure ads load fast enough to get noticed.

MARTECH Today says the Freemium marketing model is toast. Without uniform availability of speed and data, companies like Evernote and Dropbox would’ve never gotten off the ground. This low-cost strategy cannot exist when ISPs create similar offerings and destroy their competitors with higher bandwidth pricing.

Digital Marketers Are Not Strangers to a Biased Internet

The sheer volume of lobbying money that has flooded into Washington over Net Neutrality is staggering. That money has funded campaigns of fear for both warring sides of the argument.

But digital marketers should have known better than to buy into one side or the other. Digital marketers, more than any other group, should understand that the internet has never been fair. It has always been manipulated by huge predatory corporations. Whether it’s the Silicon Valley tech giants or the ISPs. It’s all the same.

Question. Does anyone here believe we’ve ever had a fair and neutral web environment, both before, during, and after Net Neutrality? An environment where companies like Google and Amazon created an unbiased playing field independent of how much money was spent?

Are these companies truly more benevolent gatekeepers than your ISP? Or are they just another hurdle that digital marketers need to jump over to get our clients in front of the people that matter?

Whether we like it or not, companies control the web. Everybody has something to gain.

Netflix didn’t advocate for Net Neutrality to fight for the rights of small businesses everywhere. They did it so more viewers can access their services for as long as humanly possible and for as cheap as possible, which means more money for them, at the expense of their ISP competition who may want to offer similar streaming services. The same goes for all the major tech companies, who save millions every year thanks to Net Neutrality.

When you follow the money, you start to realize that everybody involved has deep, deep pockets. The tech giants and the ISPs have been waging a war over this for years. And digital marketers having been putting up with it for just as long.

Digital Marketers Are Paid to Get Around the Gatekeepers

What are we paid to do, if not to help our clients gets noticed in a world of bias and goliath corporations?

If government regulation is the answer, then we need to regulate everything on the web. We can’t regulate ISPs, and ignore how search engines and social media giants like Google and Bing and Facebook are the gatekeepers of content.

Do No Evil? Riiiiiiiight.

Where there is money to be made, there is bias. It’s our job to get around it. We will find a way like we always have, regardless of how far ISPs like Verizon and Comcast take their newfound freedom.

Adhere Creative is an award winning inbound marketing, web design and brand development agency in Houston, TX. Our marketing strategy for clients consists on attracting customers, generating leads, and closing sales. For more information, please visit on us on Twitter or at our website below, or give us a call at 832.350.4161.