Home / Sales and Marketing / Sales Activities / The Problem with Turnover 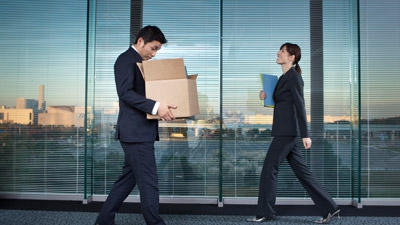 The Problem with Turnover

Before my non-US followers get in an uproar, I’m not talking about the revenue type of turnover. I wanted to spend some time discussing sales rep turnover. I worry too many sales executives spend too little time understanding turnover and it’s impact on the organization. Even worse, are those leaders who tend to think of people as commodities, churning through people continuously (but those folks are probably not reading blogs like mine).
Depending on the size of the organization and the level of turnover, it can be costing the organization $100’s of millions to billions each year. Several years ago, I met with the executives of a very large organization. They had noticed 72% voluntary turnover of sales people in their first 12 months on the job. I went to the whiteboard, we made some quick calculations and discovered the minimum impact on their sales was $700 million each year—we actually felt the impact may have been over a billion. They were shocked seeing the number, fortunately, they decided to understand why and reduce it.
But I’m getting ahead of myself. Turnover—voluntary and involuntary—is largely a management, perhaps a mismanagement issue.
Let’s dive into the issues. First, clarifying terms: Voluntary turnover is when our people choose to leave and go somewhere else. Voluntary turnover is particularly bad. People sometimes leave for better opportunities. More often, people leave because they don’t like where they currently are. They leave because of bad management, being poorly treated, they can’t be effective doing their jobs, they are underappreciated, they see no opportunity for growth or improvement, or simply because they are unhappy. Sometimes it’s our best performers, sometimes it’s not. Most of the time it’s because management has created an environment that people no longer want to be a part of.
Involuntary turnover, is where management takes action to terminate someone’s employment. Someone just isn’t performing as we expect. There are people that just don’t perform to our standards, despite everything we’ve done. We are doing the best for them and our company by firing them. But too often, it’s a management problem, we’ve hired the wrong person in the first place: we’ve not properly set expectations, coached or developed the person. High involuntary turnover is more a statement about management problems than it is a statement about bad individual performance.
Whatever the case for turnover, high turnover, voluntary or involuntary, is a huge problem for the organization. Most people don’t understand the true costs of turnover, thinking it’s really the recruiting and onboarding costs for the replacements. But those are most often the smallest part of the costs. The biggest parts come from lost opportunities, customer dissatisfaction, and morale issues within the organization.
When we have turnover, we have open territories. Customers don’t stop buying, they just aren’t buying from you because no one is calling on them. So all that money is going to your competition, and your competition is building deep relationships, growing their revenue from these customers over time. Customer dissatisfaction—either because they can’t get a sales person calling on them, or because they have bad sales people calling on them, or because they are unhappy with the revolving door of sales people calling on them is another source of huge losses in revenue. Even when you have a new sales person onboard, they aren’t fully productive, it takes time to ramp to full effectiveness—in the meantime customers are buying somewhere else.
This can be exacerbated by increasing morale issues in the sales organization. People being stretched thing to cover vacant territories. High involuntary turnover doesn’t mean those who are left are happy and productive—it just means they haven’t left—yet.
Overlay this with all the management time spent trying to deal with these issues.
Collectively, these costs accumulate, in large organizations they can be $100’s of millions or more. In every organization, high turnover—voluntary or involuntary is devastating.
Turnover is expected in any organization. There will be involuntary turnover, conduct exit interviews, understand why a person is leaving, honestly assess yourself and the organization to see if there are things you have to address to reduce involuntary turnover. There will also be voluntary turnover. Sometimes people just don’t fit—regardless how careful we were in screening them. Maybe the business has changed and they haven’t.
Carefully examine voluntary and involuntary turnover—watch the levels of turnover, understand the reasons, be paranoid about the lost business/revenue opportunities from high turnover. Most of all recognize, a large part of the turnover problem has more to do with management than it does the individuals.
This article was originally published by Partners in Excellence