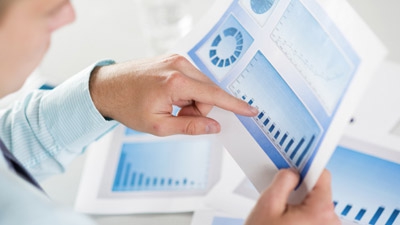 4 Ways to Get the Most Out of Your Trade Promotion

Trade promotion is a tricky subject because of the sheer amount of money that is at risk. Often, trade promotions will be the most expensive marketing tool that is used for the year and it has the potential to either make or break a company. One year with poorly performing trade promotion could result in several years in the red. Most retailers and other companies have extraordinarily thin profit margins, so it is critical to make the most out of every penny spent on a trade promotion.
1. Analyze Data on a Borderline Microscopic Level
Obviously, literally looking at data under a microscope isn’t going to do a lot, but looking at data that is very in-depth about a particular SKU, in a certain period of time, at a certain store, will allow the trade promotion to be much more effective. This is because looking at more specific data will allow the company to determine how many of a certain SKU are going to be sold and whether or not lowering the price through a sale will actually result in increased profits.
2. Focus All Trade Promotions on Growth
Focusing all trade promotions on growth is critical because it will ensure that any distractions, such as the fact that competitors may be making decisions that seem crazy or not feasible at the time or the belief that the product itself might not be strong enough, will be ignored. Focusing on growth will enable a company to be successful and profitable.
There are two types of growth that need to be focused on. The first is increasing the customer base. For example, a product that is traditionally marketed to women in their late thirties, early forties might try a trade promotion that will allow it to be more appealing to younger women. The second type of growth that needs to be focused on is increased usage or necessity for the product. For example, marketing a certain snack food as both an excellent breakfast food, as well as an excellent after-school snack will cause the product to be consumed on a more regular basis and for more of the product to be sold. It is possible to do both by focusing on cross-promotion, which appeals to customers who like one sort of product and introduce new ways to use a similar product.
3. Design a Trade Promotion with the End Goal in Mind
Much of the time, trade promotions will be developed to address a problem with volume: not enough of a certain type of product is leaving a store. The more important strategy is to focus on margins. If margins are not focused on, then there is a very high likelihood that, at the end of the fiscal year, the company will have moved a great deal of product but lost a lot of money in the process. For example, a way to focus on margins would be to predict when a product is going to move out of the store at the slowest rate. Because the product would not otherwise be sold, a trade promotion in the form of a sale might be in order because, although it lowers the price, it results in more product being sold during a slow time. It doesn’t make sense to put a sale on a product when it is selling very well because people are willing and able to buy it at a higher price. Using a sale too early results in the company losing money.
4. Get the Most Up to Date Information
Sometimes, trade promotions need to be tweaked as they are running. Using information that is stored in a large database takes an extended period of time to access. Using local computers will allow the information to be accessed more quickly and for necessary changes to be made, allowing the margins to be kept steady.
Spencer Frandsen is a digital marketing professional writing on behalf of Adesso Solutions