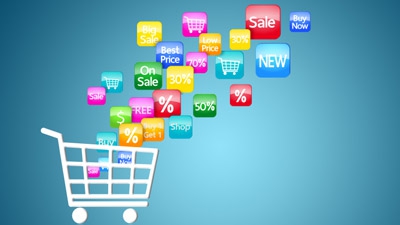 Apple recently performed an about-face on its digital currency position choosing to now allow apps that trade digital currency such as bitcoin in its store. The software giant has stipulated that only approved currencies are allowed and that apps must remain compliant with the law. While software and online titans such as Google, PayPal, Amazon, and Apple themselves are looking at creating their own currencies, the popularity of bitcoin and its related apps ensure that it’s first in line.
A Revolutionary Way to Purchase
Apple’s approval of Bitcoin via the allowance of related apps has already caused prices for the cryptocurrency to soar. After the announcement on June 15th, prices for Bitcoin cruised past $600 according to CoinDesk BPI. Even pre-policy change, the number of shops, bars, and ATMs that accepted Bitcoins increased as popularity has risen. Many see the availability of digital wallet apps on the iOS platform indicative of the currency’s increasing drift toward mainstream acceptance.
Travellers are likely to see the benefits first, as with Expedia’s recent decision to accept Bitcoin currency. Major cities tend to be quicker to adapt to new technologies, and those that serve as flight hubs even more so. The increasing ease and portability of digital currency even has global implications, though some countries, such as Japan, have placed limits on its use, disallowing the use of Bitcoins in its banks.
Small Business and Alternate Currency
It’s typical for today’s small business to have both an online presence and storefront. Accepting as many forms of payment as reasonably possible creates a wider market for them. Some bitcoin merchant services or apps automatically track exchange rates for each user’s given currency, eliminating the hassle of calculating exchange rates on for international transactions. Small businesses that have begun accepting the digital currency have seen an uptick in sales simply because of the attention it generates. Along with the increase in mobile wallets and mobile card readers, and now with wide availability of iOS bitcoin wallet apps, small businesses are forced to notice the new trends in how customers pay.
In the article Transforming the Way Small Businesses Work, payment processing company Vision Payments says mobile payments, “permit businesses to automate their inventory tracking as well as enabling them to keep abreast of current trends in consumer purchasing and preferences, allowing them to move faster to meet the ever-changing demands of customers and clients. In many ways, this sort of low cost credit card processing increases parity between small businesses and their large corporate competitors.”
Bitcoin purchases also aren’t subject to credit card merchant fees. There are some precautions to take to safeguard client email transactions and online to avoid fraudsters funneling the customer’s payments to their own accounts via phishing-type scams.
Technology Development
Apple’s announcement unlocks a whole new vertical of design for app developers. Digital wallets that allow price tracking, conversion, and transfer are already popular but can now be expanded on to allow other digital currencies, store credits, gift cards, and regular credit cards. Others could work to facilitate contactless payment transactions similar to the way MasterCard’s PayPass works.
Apple’s acceptance of bitcoin apps in its store lends credence to its legitimacy and increases its burgeoning popularity. Ease of transaction is paramount in facilitating transactions involving this digital currency.
Spencer Frandsen is a digital marketing professional writing on behalf of mobile app developer Perpetuating