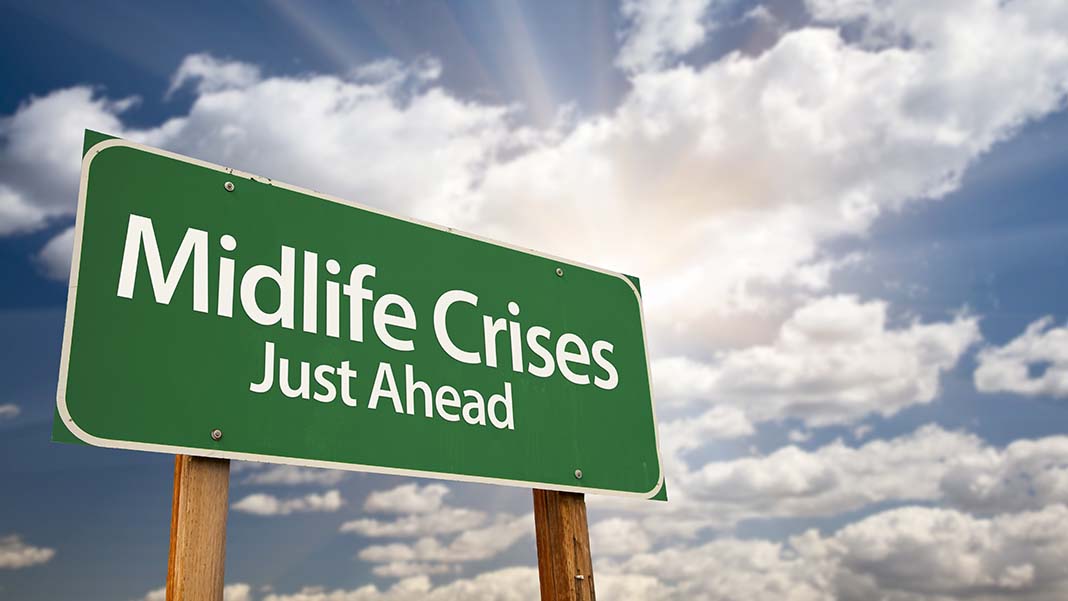 Seven Signs You May Be Having One

“Have you considered the idea that you might be having a middle-aged crisis?”

I had just finished delivering a 10-minute monologue about how the universe was not cooperating with my plans and had expected a sympathetic response from this most sympathetic of audiences—my mom. Instead, she asked me if I was turning into a cliché.

Life is too short to be a cliché.

So shocked and embarrassed by the question, I aggressively denied it, pointing out there had been no affair, no sports car, no Harley, no cigarette boat, no dramatic change in wardrobe, no trips to GNC for libido-boosting, FDA-unapproved pills.

Nope, not me. I was just questioning life more than I usually did—that was it, nothing more, nothing less.

But as all cliché-loving people understand, “momma knows best.” And in this case, I think she was probably correct. My rant, although not typical, really was a textbook entrepreneurial response to the frustrations that come when you are trying to move from being successful to being significant and time is running short.

Having endured the rocky journey, it strikes me that many of my entrepreneurial friends are playing out their midlife phases in similarly curious ways—ways that most people might not recognize or understand. And my bet is that many of my friends might not have clever relatives making them aware that they may be dealing with bigger issues than making payroll as they get older.

Transitions can be good—or bad. In either case, you need to be aware of them. So for the good of anyone who has to deal with an entrepreneur going through “the change,” here are some telltale signs that an important life transition is at hand.

As an entrepreneur, you may be having a midlife crisis when:

1. You Become a Coach

Show me a middle-aged entrepreneur, and I’ll show you a budding business coach. After all, you’ve built businesses, taken your lumps, maybe even sold a company or two. Why not share your expansive wisdom with those young and eager entrepreneurs? Nothing is sexier than a middle-aged man or woman holding court in front of a whiteboard, talking through a Venn diagram, outlining a proven process for success. Right? Right.

I wrote my second book just about the time my mom was trying to raise my level of awareness. There is something wonderfully cathartic about writing a book and dreaming that people will actually read it, pass it on and celebrate the wisdom oozing from its pages. I believe book writing is the entrepreneur’s version of yoga.

Related Article: Dream On: How to Visualize Success for You and Your Company

…or a triathlon, or some other ridiculously new-to-you version of exercise. And since you’re an entrepreneur, you immediately begin to think about how to monetize or win at the event. Show me a hot yoga studio, and I’ll show you an entrepreneur in the back trying to out-perspire the competition for money. I’m working on a theory that all the new fitness apps that let you benchmark your progress against “the crowd” are being designed by a growing band of entrepreneurs in middle-aged crisis mode. Getting old? There’s an app for that.

4. You Start a Passion Business

Forget about making money; you’ve already done that. Now you’re going to change the world. Your new business will give away more than it takes. You’ll charge through airports to visit Kenya, Pakistan, Bhutan and other countries where your wisdom and ability to leverage capitalistic principles will create the most impact. Somebody has to solve this world hunger issue, and it might as well be you. Now please pass the 3-D printed Napa Cabernet.

5. You Run for Office

In my humble opinion, anyone watching Donald Trump speak about himself in the third person right now is watching an “entrepreneurial” middle-aged crisis of epic proportions. And that wall he keeps talking about? Freud would have a field day. Remember what I said. Sometimes transitions are good. Other times they are acted out in embarrassing ways.

In the old days, starting one business was enough to keep you occupied, but not anymore. Now you must prove your virility and skill by starting not one, not two, but three businesses in one year!

7. You Become an “Adjunct” Professor

Universities are not above finding cheap labor, and their biggest labor pool is—you guessed it—entrepreneurs going through midlife crisis. And why wouldn’t you want this gig? You get to stand in front of people half your age and look smart. Oooh, professor, tell me about how you started your business again. But this time, talk slower, you sexy beast!

Most of these seven options are probably better than dumping a huge amount of cash on something you don’t need, and they’re certainly better than ruining a relationship with someone you love by replaying your college dating years.

These observations are, of course, made with humility and respect. There is a fine line between irony and hypocrisy, and I must admit to both the allure and participation in most of the above. On reflection, I would have likely taken on less if I had a better understanding of what was fueling my actions.

Like anything else in life, with awareness comes choice. My hope is that this list helps you choose one, or maybe two, of the paths above. After all, you don’t want to wake up one day and realize you are running for President, have made a bunch of unfortunate comments, and are completely unqualified for the job. 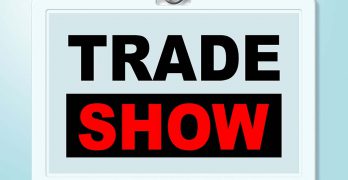 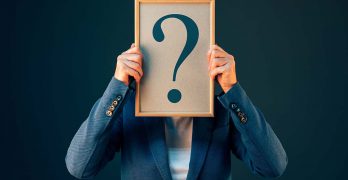 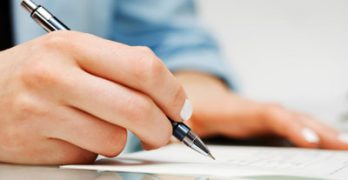 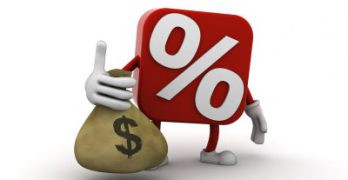 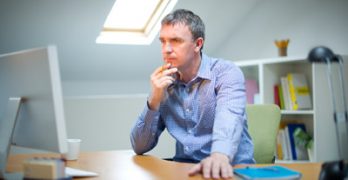