Home / Sales and Marketing / Marketing Innovations / Marketers: Are You Ready for In-App SEO? 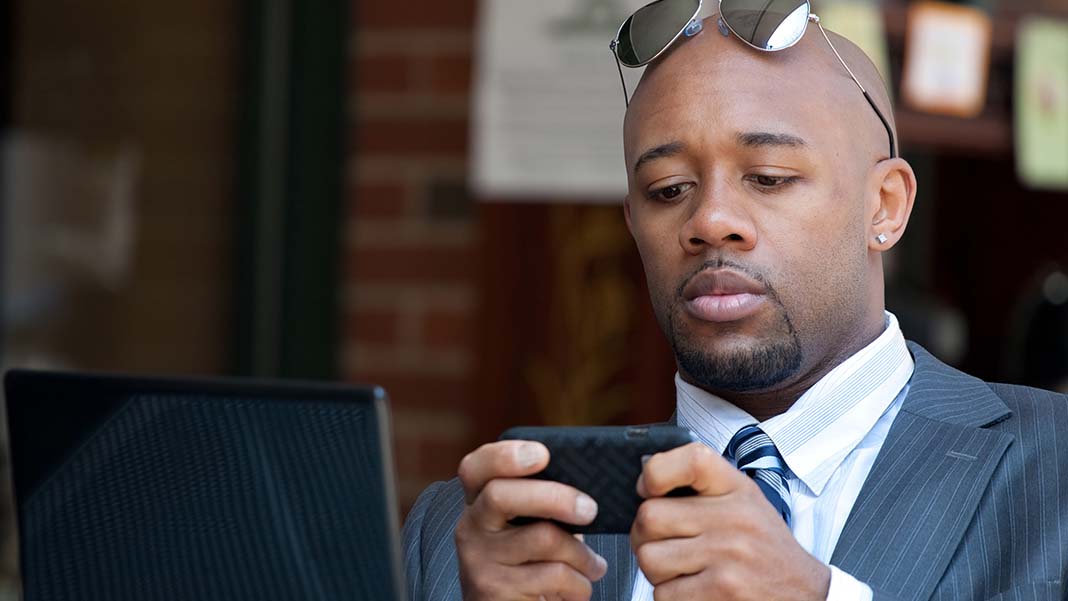 Marketers: Are You Ready for In-App SEO?

Oh, what a thankless job it is to be a digital marketer. Just when you thought it was safe to take a break from your search engine optimization efforts, Google goes and reshuffles the SEO deck (they’re good at that), once again creating more work for the beleaguered MarTechie. This time the culprit is mobile. More specifically, the proliferation of mobile devices has created a veritable profusion of mobile apps with unique programming schemas that necessitate fresh approaches to search and discovery and, by extension, SEO. New techniques like deep linking and app indexing are already beginning to dramatically alter the traditional SEO landscape. Forget link building, in the short run you need to figure out how to navigate a strange new world of app indexing APIs and app filters, an alien ecosystem where URLs are replaced by URIs and deferred deep linking actually means something. Welcome to the brave new world of in-app SEO.

Despite the promise of new techniques like deep app linking and app indexing coming together to provide an easy breezy in-app search experience for end users, we’re still not quite there yet. Challenges remain.

The first obstacle was cleared in late 2013, when Google’s search engine started indexing deep-linked content from user-installed Android apps. In April of this year, Google took things a step further and started showing search results from Android apps that users didn’t have installed in their phone, a functionality the search giant has also recently rolled out to Apple iOS users. That said, the experience is far from streamlined or seamless; Google currently requires app developers to designate a companion website that links to content inside the mobile app to enable its search API to access in-app content. An interim step yes, but an important one on the road to truly frictionless in-app search.

Related Article: Why Mobile Apps Will Drive the Future of Marketing

Another issue hampering attempts to create a frictionless in-app search experience has to do with the nature of how apps interface with mobile web browsers. Right now when you visit a page on your browser, your browser actually has to temporarily download the page onto your computer in order to render it. The same is true with apps on mobile devices. This creates an inherently limiting factor for frictionless universal app search, as it handcuffs users who may want to search within apps they haven’t yet downloaded.

In a move that may reflect the company’s sincere desire to address the file size limitation issue, Google secretly acquired mobile tech startup called Agawi last year. Agawi had developed a technology to use and stream mobile apps over the web without downloading them first.

Here’s the Cliff Notes version of how it works: instead of packaging an app into a single, large downloadable file, Agawi’s streaming technology breaks it up into a set of smaller files, allowing the user to interact with certain elements of the app while the entire file is downloading. Though this technology is currently used in in-app ads to preview and promote gaming apps, it doesn’t take a rocket scientist to imagine how Google might apply the technology to enhance in-app search.

Now that we’ve touched on some of the limitations of in-app search, let’s review the two technologies that make it all possible—app indexing and deep linking.

Because mobile apps don’t use traditional hyperlinks, Google’s engineers needed to create a different way to discover in-app content. They decided the best solution was an App Indexing API (API is an abbreviation of Application Program Interface. It’s a set of routines, protocols, and tools for building software applications. In laymen’s terms, an API is a “plug-in” that allows programmers to communicate with a certain application.). Google’s App Indexing API lets developers deep link content within their apps and send the data along to Google. Google can then serve up the content to users who initiate queries via the Google Search app.

In an article for Search Engine Watch, SEO insider Dan Cristo put a finer point on how the process works:

“…Google’s Mobile App Indexing API works differently in that developers notify Google of where content lives within their app and what URL that content correlates to on their website. Google then has the option of sending users to view the content on a Web page or inside the app.”

From the same article, here’s how Cristo characterized the impact of app indexing on the future of SEO:

I believe Google’s App Indexing API will change the conversation of what true app SEO is and how it will evolve. Instead of just optimizing the title and description of an app’s listing in the app store, now we can actually talk about optimizing the content inside the app itself. It will be as if a giant SEO reset button has been pushed, as Google begins analyzing app-specific ranking factors. There will be new tactics, metrics, tools, and reports. In many ways, it’s the beginning of a new generation of SEO.

This unabashedly cheesy but highly effective video from the Google developer’s blog clearly lays out the obvious benefits/necessities of app indexing; it also underscores the obvious impact that app-centric SEO techniques like app indexing and deep linking will have as we move to a mobile—and by extension, mobile app—dominated search ecosystem.

The video’s under 4 minutes; I suggest you watch it.

As important as app indexing is to the future of in-app SEO, it represents the second step in a two-step process. Before you can index in-app content, you have to link to it. That’s where deep linking comes in.

As exotic as the term may sound, deep linking is not new. In fact, most of us are quite familiar with its more common web variant, which uses the hyperlink to connect, or link, to a discrete piece of searchable (indexed) web-based content found on a web page or URL. To cite an example, this link to the Wikipedia page on deep linking offers a living example of web-based deep linking.

Working in similar fashion, a mobile deep link (aka mobile app deep link or app deep link) takes the user not just to a specific app, but to a specific area within that app. Mobile deep links rely on a uniform resource indicator (URI) instead of a uniform resource locator (URL) configuration. Technically speaking, a website URL (i.e. website address) is merely a common form of a URI; however, for the purpose of this article, let’s just say that a URI serves the equivalent function for apps as a URL does for websites.

The marketing relevance for deep app linking is pretty obvious for brands with mobile apps. Such businesses can use deep links to more efficiently engage prospects and customers at the right time with the exact content they are looking for, thereby improving the user experience, speeding up the sales process, and fostering brand loyalty.  The marketing case for ecommerce companies with mobile apps is even more obvious, especially when deep linking is used in concert with targeted mobile search and display advertising. All of this points to the need to optimize deep links for mobile search. Sorry, SEOs.

Native Apps: Taking Over the World?

Writing an essay in the WSJ a few years back, technology pundit Marc Andreessen laid out his belief that moves from leading tech firms like HP and Google to embrace software and mobile respectively at the time provided clear evidence that software is eating the world.  In similar fashion, many of today’s well-informed SEO prognosticators believe Google’s aggressive promotion of deep linking and app indexing, coupled with its recent acquisition of app-tech startup Agawi, offer clear evidence that native apps are taking over the world; as the logical extension of this line of reasoning, they argue for an inevitable move away from a web browser-based Internet altogether in favor of an interconnected web of native apps.

To this end, they point out how Apple’s new deep-link-based search in iOS 9 poses a threat to Google’s core business model, as it offers end users a way to locate content within apps that does not rely on Google or the Web. Granted, without an Internet search engine, Apple’s content is essentially a walled garden. But what a huge walled garden it is; a massive and fertile ecosystem for marketers and SEOs to have to navigate in a post-web, native-app-dominant world.

In any event, I’m not so sure. As a onetime student of history, I’ve generally found things usually end up falling somewhere in the middle of predicted extremes. Besides, with conservatively over 800 billion websites serving up trillions of webpages of content, it’s hard to see web browser usage simply vanishing in favor of native mobile apps. In fact, some reputable commentators are interpreting Google’s Agawi purchase in exactly the opposite terms—as an attempt to shift users away from apps in favor of the mobile web.

From Google’s perspective, I guess it doesn’t ultimately matter much either way, as long as the company stays ahead of the game and maintains its control over the centralizing infrastructure that makes search—in app or otherwise—possible.

Looking at things from the perspective of SEOs and marketers, on the other hand, the move to a native-app-dominated search and discovery ecosystem matters greatly, as it implies the need for them and the clients they represent to master novel interfaces and learn new skillsets to stay competitive. And thus we find Google once again playing the role of the pied piper, constantly altering its course and changing its pitch as it freely roams the World Wide Web, luring bleary eyed MarTech practitioners with its unerringly beguiling, seemingly unending, tune.

Oh, what a thankless job it is to be a digital marketer. 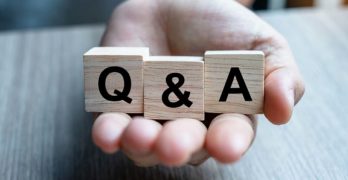 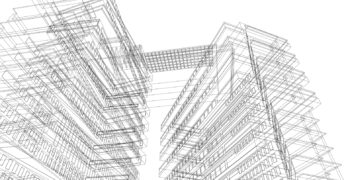 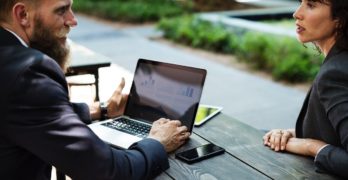