Home / Sales and Marketing / Marketing Innovations / Building a Brand: How Three Successful Sites Did It 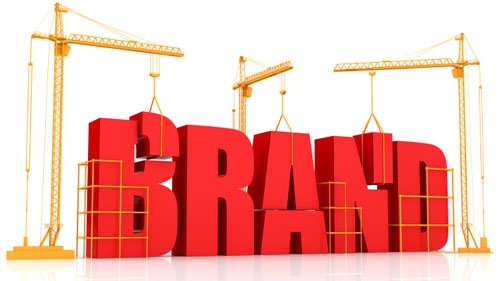 Building a Brand: How Three Successful Sites Did It

At the beginning of the year, AG Beat released a very cool list of 60 brands to watch during 2012. Not all of their predictions were correct—KeepSum, which many thought would be the Groupon of real estate, has been offline for a few months now—but many of them were spot on. Three in particular—OpenCongress, Klout, and Pinterest—did so well during 2012 that they have now become household names. But what did they do differently than the other 57 brands, and how did they do it? What stars aligned to bring these three to the limelight?
OpenCongress
If there is one brand that shows how important timing is, it is OpenCongress. They really came to the forefront of political discussion, blogging, and engagement during the 2012 election. Interest in the big race between Romney and Obama resulted in interest in the smaller, state elections, too.
OpenCongress’s growth also showed how important usability is to building a new brand. The site, which is a project of the Participatory Politics Foundation, has been around since 2008 and has now gone through three major updates. Its newest iteration, dubbed OpenCongress version 3.0, makes it amazingly simple to research members of Congress, track bills, and find out who is sponsoring them. But if tracking down this information were a chore, chances are no one would want to do it. That fact alone is the very reason why OpenCongress was built. Their mission is transparency, and transparency goes hand in hand with usability.
Klout
Klout was launched in 2009, but in 2011 its Alexa ranking and total page views skyrocketed. That, most likely, is why it found its way onto AG Beat’s list of brands to watch out for. However, recently total page views have plummeted, as has its Alexa rating. So why include it on this list? Well, it shows that a brand can still be widely known despite a drop in users.
Klout gives users a hard number that allows them to know just how influential they are in the social media world. While this has attracted a bit of criticism from writers who say it exploits people’s need for outside confirmation, it is definitely a service that bloggers and users of social media like to use. And, just like with OpenCongress, it is outstandingly simple to use: just link up all of your social media accounts to the site in order to receive your ranking. Simply put, it’s pretty neat.
And while the novelty wears off for those who rarely, if ever, use Facebook or Twitter to engage with others, this tool is extremely useful for people who regularly use social media platforms and want to get quantifiable analysis regarding how they are currently using their accounts. That usefulness, combined with how easy the site is to use, has meant that Klout has become widely known, even though fewer people use it now than at the end of 2011.
Pinterest
Unlike Klout, Pinterest’s traffic skyrocketed through 2012, and the site is currently the 15th most popular in the USA, according to Alexa. At the beginning of the year, many wondered if the initial interest in the site would simply vanish after a couple of months, similar to what happened to Google+. But Pinterest has shown that risk and hard work can reap some serious rewards.
The ease of organization and discovery kept people coming back, as did the novelty behind building boards for future events or inspiration. It injects a little bit more creativity and personality into image sharing and social media. Pinterest is also constantly evolving and listening to its users, which undoubtedly keeps those users around. They did not simply rest on the positive buzz, opting to evolve and work through it to keep that interest alive and build the brand. And now the site even has a real-life board to show for all of the effort that has been put into it.
Building a brand is not easy; you have to be dedicated to your product or service, through the good times and the bad. The common thread through all three of the brands above is ease of use. If they had not been willing to evolve and tweak, no one would want to use their service. As an entrepreneur, chances are that you are more than willing to take risks, which is also something all of the owners of these brands did. But don’t rely on buzz alone. After you identify that target demographic or service, listen to them, make your service better, and soon your brand’s reputation and recognition will grow.