Home / Sales and Marketing / Advertising and Lead Generation / The Bandwagon Effect: Join In! 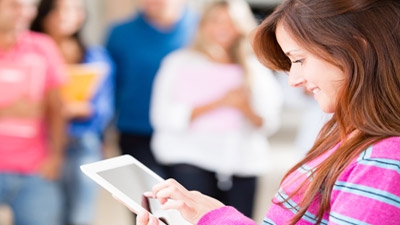 The Bandwagon Effect: Join In!

Imitation is the sincerest form of flattery. Most of us have heard that phrase more than a few of times throughout our lives, and when we do it is usually in reference to hairstyles, clothes, mannerisms, etc.
But that “herd mentality” also applies to marketing.
As human beings we naturally gravitate towards each other, forming tribes and societies to feel part of a community. Typically what bonds a group like that is a common interest among its members. As such, when we notice a fad or trend within our social group, we tend to imitate it whether or not we truly like it, thus creating the psychological phenomenon known as the Bandwagon Effect.
In marketing the Bandwagon Effect indicates a tool where, merely by demonstrating your company’s popularity, other non-members join that following. For example, Facebook’s homepage lists suggestions, such as movie titles, that you might “like.” Underneath the movie’s title is a list of your friends who have already “liked” it. Seeing that a number of people have liked it makes you far more likely to click “like” it yourself regardless of how much you actually enjoyed the film. The perception that the movie was popular in your social circle causes you to allow it to promote itself on your homepage on a daily basis.
The more subscribers/followers/fans a company gets, the easier it is to get even more. Large groups of supporters for a brand create an image of trustworthiness and accountability, which leaves people with the idea, “If that many people follow such and such company, there must be a good reason. I should follow them, too.” This thought process often trumps an individual’s personal opinions of a brand in favor of jumping on the bandwagon.
The Proof is in the Numbers
A great way to get new members on your company’s bandwagon is to show off those numbers that are most impressive. A great example of this is Groupon. They post significantly discounted goods and services every day, offering a limited time in which they can be purchased. Along with every single deal they also post the number of people who have purchased the deal, and their analytics have shown the higher that number of purchasers gets, the faster it increases. Showing others have bought it gives the impression that it’s clearly worth it.
Toot your own horn when you can by demonstrating the number of downloads, purchases, sign ups, members, likes, etc. Show new members and leads that your brand already has a steady following, a community for that new person to be a part of. Attaching a number, such as the number of people signed up for an upcoming webinar, to your marketing shows the trustworthiness and popularity of your company. People want to be a part of that.
An easy way to show off your company’s numbers is to attach share buttons to document how often an article has been relayed through social channels. You may have even noticed them at the top of this post.
Honesty is the Best Policy
When you are staking a claim about your project or company, such as “Subscribe to our newsletter! 20,000 other marketing professionals and industry experts already have,” it has to be true. We have learned enough—from celebrities, politicians, and locations who have displayed false popularity through purchased twitter followers and reviews—to know that lying is not the way to go to promote your business in a positive light.
Not only do your claims need to be true, but also they need to be believable. They are meant to be impressive and may be unexpected, but they must also, for that specific context, seem reasonable to the person reading the claim.
Takeaway
As the classic line moms use on their children goes, “If all your friends jumped off a bridge, would you?” so goes inbound marketing. If all your friends like a post on Facebook, will you? The answer: probably, yes.
Use the Bandwagon Effect to your advantage when promoting your company and your brand by demonstrating that signing up, downloading, attending, liking, or whatever call to action you are requesting of a lead, includes them in a community of like-minded individuals and promotes you as trustworthy, reliable source.
This article was originally published by SyneCore

SyneCore combines inbound marketing methodology with integrated digital technology to create abundance for our clients. We articulate your company’s vision by using written, audio, and visual media to inform and entertain new prospects and existing customers. We integrate your web, social, and mobile presence into one seamless user experience to ensure your brand is always in the right place at the right time. We use data to compare marketing initiatives with real-world results, always striving to improve on key performance indicators.