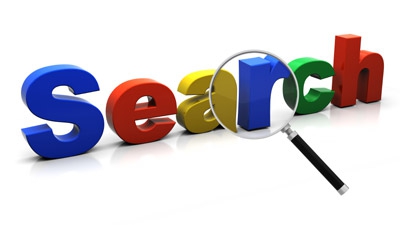 The team at AdWords had been teasing about a huge update on 4/22 for better part of a month. Unlike Enhanced Campaigns, minimal information was provided ahead of time to agencies.
4/22 at 9AM PST has come and gone. The dust has settled. The twittersphere has snarked. So what happened?
TL;DR:
Keep old toys (for now), get shiny new toys!
Product announcements were bundled into three different categories in the announcement, but I’m going to bundle them into my own and include a relevant score of Amazing, Meh, or Ew.
Death of the Device
This announcement opened with a focus on users and what they need to accomplish, not how they need to accomplish it. This is a sort of continuation of the enhanced campaign announcement of yesteryear, but without the catastrophic events. No, device targeting isn’t going anywhere, but it set an interesting pace for the announcement.
App features:
Google recognizes that more often than not, the web experience kinda sucks on a phone. As a result, they’re improving App advertising capabilities and allowing advertisers to send users to a “landing page” within an app rather than just focusing on app downloads. New conversion metrics will come along with this, as well additional in-app targeting features within AdMob.
Verdict: Amazing.
If a business has a robust app, there’s no need to reinvent the wheel with mobile LP’s. Advertisers can now send users to the most relevant experience no matter the platform. Similarly, there’s no need to push an app download for people that already have it.
Expanding estimated total conversions:
About 6 months ago, Google released estimated total conversions. In this announcement, they issued a few case studies focused around online-to-offline conversions for Shutterfly and Express with the help of a few advertisers, indicating the surprising successes they saw from mobile attribution adjustments.
Verdict: Meh.
The case studies were a little light, based on huge amounts of data and don’t change the fact that the feature is still estimated. Nice directional data, but nothing new for Joe the PPC Advertiser.
New Toys!
Along with the new “user not device” features announced, Google also introduced a number of new features focused on account management. Many attendees and PPC Chat’ers theorized this was a direct attack on 3rd party management tools. Personally, I just think it’s a bunch of fun new stuff.
ACE part deux – AdWords Labs
AdWords Campaign Experiments was launched in late 2010. It’s still in beta, 3 ½ years later. The SEER team has long been a huge proponent for ACE (and still is). In fact, Google did a case study on an initial landing page test for a long time client. However, anyone that’s used it knows it can be tremendously cumbersome and had quite a few limitations. In this session, AdWords announced the release of AdWords “labs,” obviously shared with a picture of a beaker. It appears we’ll be able to tweak just about anything in the interface, set it up as a labs test, and see what happens.
Verdict: Amazing.
My favorite new tool if advertisers can truly adjust anything in the interface. Campaign settings were always missing from ACE, and always represented the most important tests. If things like geo-targeting, ad rotation and/or dayparting are in the lab, this could be an absolute goldmine.
Bulk management for campaign settings:
Advertisers have always lauded the ability to target in thousands of different ways in AdWords, but more often than not it’s been a bit of a hassle to do it in bulk. With the new updates, search pros will be able to change most campaign features right within the interface, in bulk.
Verdict: Meh
PPC pro’s could already do this for most things within the Editor, though it’s a nice addition.
Additional automated bidding features:
For some time, AdWords has offered their own version of bid management. In this webinar, Google announced (almost in passing) that they’ll be adding a few new features to this: Bidding for the max conversion volume, or max revenue volume.
Verdict: Ew
Unless a business has endless budgets and no ROI goals, I don’t see the point.
In-AdWords pivot tables:
PPC pros are rightfully obsessed with Excel, and that likely won’t change. We love our pivot tables, our motion charts, our double-axis’d graphs, etc. But pulling data out of AdWords and plopping it into Excel takes a ton of time.
So, AdWords is launching their own in-interface pivot tool. It appears to allow pivoting by basically any segment, column or metric available in the interface.
Verdict: Amazing
This should be “nice to see” within the interface for most tactics, but could be a HUGE help for ad testing, especially if the tool allows pivoting by labels. It doesn’t help a ton for reporting especially when running across different engines, nor will it allow scrubbing the data before reviewing.
Overall Feeling:
I give the announcement a score of Mehmazing. Many folks (myself included) seem to be underwhelmed by this round of AdWords announcements. I don’t know what the world was expecting, but I’m pretty excited! This is a new suite of features that should put a ton more control in the hands of advertisers, allowing us to present the absolute best possible experience to customers rather than trying to force a square peg in a round hole.
It’s yet to be seen what these tools will actually do, but the next few months should be fun!
Roundup of other opinions and summaries:
SearchEngineLand
White Shark Media
Wordstream
This article was originally published by SEER Interactive