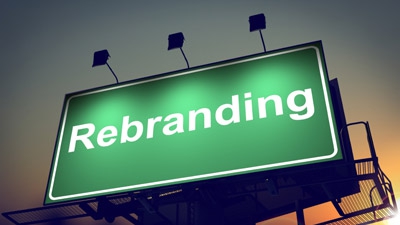 What Rebranding an Organization Really Means

Rebranding can help companies recover from crisis, keep up with changing consumer tastes and needs, remain relevant, or embrace a “new and improved” identity. When done well, rebranding sends a powerful message to consumers, reenergizes the workforce, and effects positive change.
In the 1990s, Target was an unsophisticated shopping destination in the same league as Kmart and Wal-Mart. This market is saturated. Recognizing the opportunity—and the necessity—for change, the discount retailer underwent a transformation. By offering higher quality merchandise and exclusive apparel from well-known designers, Target appealed to a more upscale market. Today, while Kmart struggles, Target thrives as the country’s second biggest discount retailer—and the preferred choice of yuppie shoppers.
Target accomplished one of the most successful rebrandings in recent years—a reinvention that has allowed the brand to grow, gain market share, and stay relevant in a crowded retail field. They realized that rebranding is about much more making superficial changes; it is about making fundamental changes in their mission and strategy.
Rebranding Includes Organizational Change
Consider BP as a contrast. In 2000, the oil company replaced their well-known, 70-year-old logo with a new design, the “Helios.” The logo looks like a cross between the sun and a flower and is meant to convey a green/energy-efficient image. Unfortunately, that’s as far as the rebranding went, and 10 years later, the horrific Deepwater Horizon spill and continued offshore drilling put a kibosh on BP’s claims of being environmentally friendly.
Rebranding has to be more than business as usual with different letterhead. Branding expert Rob Frankel says, “[T]he real reason to rebrand is to alter the expectations you’re setting for the public. Changing your brand strategy means becoming a different company…it’s not just changing your name or your logo.”
I am working with a company, for instance, that is interested in rebranding. One avenue that they want to pursue towards that end is changing their mission statement to reflect a more customer-centric approach. This is not a surface change, but rather a fundamental shift in their strategy and culture, one that begins inside the organization.
The Connection Between “Brand” and “Culture”
For me, these two words are synonymous. This is the way you identify yourself as a business and the image that you present to the outside world in your advertising, sales pitches, and communications. This is the story you tell your prospects, partners, and employees. Rebranding can involve changing the story—but it has to change internally and externally.
Culture and brand have to align, and they have to start at the top. As CEO, you are the catalyst for these changes. Every three years or so, you need to take the initiative to look at where you are now and ensure that it is where you want your brand to be. If not, look at the direction you want to go and change your story before you change your logo. Rebranding is an opportunity to reinvent your company from the inside out.
This article was originally published by ExecutiveCoachDC