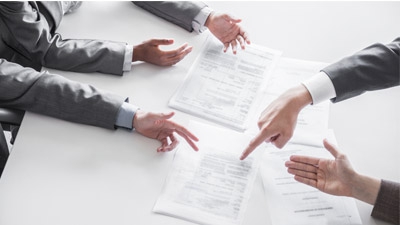 The Value of Conflicting Opinions on a Corporate Advisory Board

When President Lincoln was choosing his Cabinet, he turned to his three fiercest Republican rivals—people against whom he’d run!—and top Democrats. Lincoln virtually assured that every meeting would erupt in conflict. And that’s exactly what he wanted. Author Doris Kearns Goodwin writes, “His Cabinet sessions were fiery affairs, but they provided him with a wide range of advice and opinions.”* Leaders need “fiery” advisory boards with members who don’t put their differences aside but put them front and center for divergent thinking and constructive conflict.

Advisory boards don’t need to reach agreement or come to consensus on any issue. They don’t have fiduciary responsibilities, nor are they there to make decisions. Their sole purpose is to advise the CEO and to offer the benefit of their diverse backgrounds, experiences, and areas of expertise so he or she can get at all the angles on an issue.

As another famous leader, Captain Kirk, once said, “One of the advantages of being a captain, Doctor, is being able to ask for advice without necessarily having to take it.” A smart leader will listen to diverse viewpoints, assimilate the information, and make a decision based on all the pertinent opinions and input. Bottom line: it’s the leader’s decision. The board is a strategic tool he can use to make it.

Yes-men are terrific for feeding the ego; they’re terrible for running a company. Researchers from the University of Michigan and Northwestern’s Kellogg School of Management confirmed what many in business already know: that when CEOs surround themselves with people who conform to their opinions, they become overconfident in their judgment and ability. This “results in biased strategic decision making” and puts the companies in their charge at risk.

Diverse advisory boards can be the antidote. Ithai Stern, one of the study’s researchers, says, “Remember that the higher you are, the more likely you are to be ingratiated, and therefore you should make sure you get advice from people who do not depend on you.”** People who are not afraid to call out a CEO, to challenge him.

A group of five to seven people, with different experiences, areas of expertise, approaches to business, philosophies, styles, even cultural backgrounds may never come to consensus on any issue. Unanimity is neither required nor desired. Leaders need a diversity of opinions. If they go into a meeting with an idea and no one says, “But wait. Here’s another way to approach it,” then they’re wasting their time and that of their board.

Advisory Boards: The Next Step

Effective CEOs already surround themselves with management teams who are unafraid to challenge them and express their own viewpoints. Advisory boards simply expand on this leadership approach, taking it to the next level.

When a CEO is committed to stocking his or her team with A players, establishing—and taking advantage of—an advisory board is a natural next step. He can access an even broader range of thinking and leverage the guidance of other CEOs, top industry leaders, entrepreneurs, and other experts who can add value.

CEOs need people who can set their management and advisory board meetings on fire, figuratively speaking! Diversity is an accelerant for better decision-making and more effective leadership.

This article was originally published by ExecutiveCoachDC 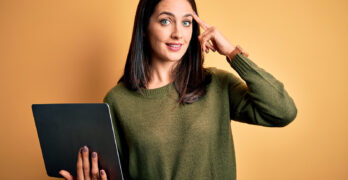