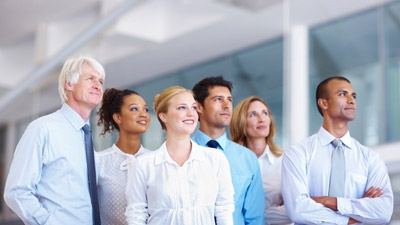 The Importance of Corporate Vision

I met an 88-year-old man named Orville at my health club, first noticing him one afternoon while checking in. I saw Orville sort of stumbling along behind me. I couldn’t believe my eyes. There was no way this man, slowly shuffling along the path to the gym, was going to work out! Orville patiently moved, inch by inch, into the weight-training area, picked up some dumbbells, and with an audible grunt, started his routine.

Then one day I happened to see him out of the corner of my eye stepping onto one of the treadmills. I was across the room, and he was already reaching for the start button. Too far away to help him, I just stood there and watched. As the treadmill came to life, Orville took one small step, and then another. The machine picked up speed, but miraculously, so did his legs. Within a minute, he hit full stride, running like a man half his age!

At this point, the reality of the situation dawned on me. Orville’s problem wasn’t with his legs, it was with his vision. He couldn’t see where he was going. He shuffled along slowly, not because he couldn’t run, but because he was worried that he would knock his knee, shin, or toe on the nearest weight equipment.

Though Orville did nothing to cause his vision problem, it is a powerful example of how limited we are when we lack clarity and vision. Being capable, but having no vision is poor stewardship. We, as individuals and organizations, can’t afford that. Without clarity, speed and meaningful action are impossible. With clear focus we not only become more efficient and effective, but we also build trust. Helen Keller, the first deaf-blind person to earn a Bachelor of Arts degree, said, “The most pathetic person in the world is someone who has sight, but has no vision.”

Few things inspire trust or hope like every member of a team working together towards a shared vision. A clear vision unifies and motivates. We see it in sports all the time. Certain teams, often lacking a big-name super star, seem to “gel” or “come together” at just the right moment. Often, when interviewed after the game, the players will comment on how focused they were on the common goal. When the players understand their role as well as the larger strategy and vision, the ground is fertile for success to grow.

If you are a leader in your organization, share your vision consistently. If you are not sharing your vision at least every thirty days, your team doesn’t know it. A clear vision inspires, unifies, and gives powerful focus.

This article was originally published by David Horsager

David Horsager, MA, CSP, is a business strategist, keynote speaker and author of the National Bestseller, The Trust Edge: How Top Leaders Gain Faster Results, Deeper Relationships, and a Stronger Bottom Line. His work has been featured in prominent publications such as Fast Company, Forbes, The Huffington Post, The Wall Street Journal, SUCCESS Magazine, and The Washington Post.