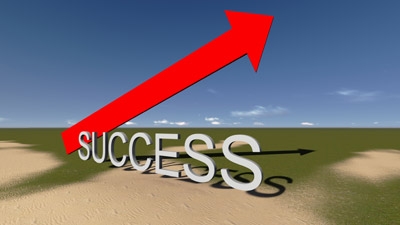 Success Requires a Process of Excellence

Success requires a process of excellence. You can never be successful just by saying, “I’m going to succeed.” Instead, you are successful when you set out to improve in every area, to study your strengths and weaknesses and pursue excellence in each aspect.
Some of the clearest examples of this come from the world of sports. Right now, no coach in any sport is more successful than Nick Saban, the head football coach for the University of Alabama. He’s won 3 national championships in 4 seasons, and his team is undefeated and ranked #1 again this year. In the last six seasons, his team has lost a total of seven games. That’s unheard of!
So how does he do it? You might think that all he talks about is winning. In every interview, every profile, Nick Saban doesn’t mention winning. Instead, he talks about a process of excellence. He talks about doing everything right, about perfecting every little detail. It’s a discipline of achieving excellence for every single player on the team.
The team right behind Alabama this year is Florida State, coached by Jimbo Fisher. Fisher was an assistant under Saban for five years at Louisiana State, and has modeled his program after Saban’s. Most of his assistants also worked for Saban, and they’re all trained in the same process of excellence. In many ways, the two teams are almost mirror images, from their schemes to their personnel to their statistical profiles this season.
And this is not a new discovery: it’s the same process that John Wooden preached when he was the head basketball coach at UCLA and won 10 national championships in 12 seasons. Just like Saban today, Wooden never mentioned winning to his players. He was all about achieving excellence in a wide range of disciplines and details, what he called the Pyramid of Success—doing all the things that eventually lead to winning.
The common thread for these and other great coaches is that just saying, “I want to win,” doesn’t mean much. Everybody wants to win. It’s important to win, and there’s nothing better. But saying it louder or more often doesn’t make a difference. If that’s all you’re doing, you won’t get anywhere. You’re looking for a silver bullet, and those just don’t exist.
If you focus instead on a process of excellence, though, things are different. That means working every day on getting every detail right, on doing all the little things that will help you to play at a high level. You have to work hard, but you have to work hard at the right things that will help you improve. If you’re doing those things, then you will have the best chance to win. Getting every detail right is the goal, and winning is a byproduct of that.
This process of excellence in sports is exactly the same in business.
The mission of business is to help people. It’s about providing value to your customers through products and services that help them solve their problems, about offering them a great customer experience, about being a good partner, and giving opportunities for meaningful work to your employees. It’s about getting every detail right and getting better in each aspect so that you can help more people and help them more effectively. That’s what it’s about.
But a lot of people will say, “No—the mission of business is to make money!” They fall into the same trap as people in sports who think it’s all about winning. If it’s all about money, then you’ll compromise your principles. Just look at headlines from the past week: the mega financial firm SAC Capital, led by Steven A. Cohen, is pleading guilty to insider trading and paying a record $1.2 billion penalty. Johnson & Johnson, meanwhile, is paying a $2.2 billion settlement over false marketing allegations. And JPMorgan Chase is paying $13 billion to the US Department of Justice over a variety of charges related to the 2008 financial crisis. Yes, you read that number right.
Pursuing money and profit for their own sake doesn’t work. Of course you want to make money—but the real road to success comes from establishing a process of excellence, a discipline of getting better every day. You have to get rid of selfish you, and focus instead on other people. You have to work on making your products and services better, to really benefit the lives of your customers and solve their problems. You have to build great relationships that provide value to your partners. Surround yourself with great people who help make the customer experience great.
If you do all those things, then you have the best chance of creating a successful business that will make money. You have to start with the foundation, and that is all those little details, the entire process of excellence. Money is a byproduct of the process, a validation that you’ve created something of value.
So pursue excellence in everything you do, and discipline yourself to stick to the process at all times. Solve problems the right way, by working on every detail. And in business, the process keeps on going all the time. It never ends.