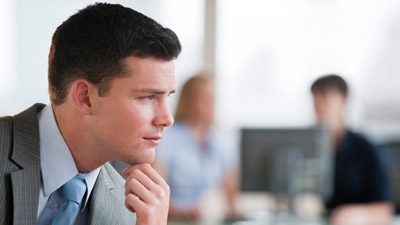 3 Secrets to Reinventing Your Industry (Before Someone Else Does)

Pop quiz hot shot: What do NASA and Honey Boo Boo have in common? A lot, as it turns out.
Many people don’t know that the Learning Channel was originally established to beam (via NASA satellites) educational content at no cost to the Appalachian states. As ownership and times changed, TLC has moved from quilting and pottery lessons to Sister Wives, Kate Plus 8 and 19 Kids…and (Still) Counting.
While many people may take shots at the programming choices like Toddlers & Tiaras, claiming that it sends their Creepo-meter into the red, there is no disputing TLC’s ability to change with the times. And believe it or not, you can learn something about your future from the network that brought us Long Island Medium. (This from the program’s website: “Theresa is a typical Long Island mom who has a very special gift. She talks to the dead.”)
Companies like Discovery Communications—owner of TLC—share talents with 3M, W.L. Gore, Philips and IBM. They prove that whether you start in mining, wires, light bulbs, computer hardware or communications, you can dramatically change your products, services and business models, as the needs of your customers change, in order to serve even more customers and move into new markets.
Why This Is So Important
Change matters. Academics have shown that 54 percent of a company’s stock’s price is based on ideas that you haven’t even thought about yet. In other words, investors are betting on your ability to respond to changing market conditions and innovate.
For you more spiritual readers, the Dalai Lama once said that the greatest gift we could give our children was to prepare them for great change. Indeed, with information doubling yearly, and technology granting data, access and opportunity to billions of new people, change is upon us. And it is coming faster and faster.
So, how do the best companies manage to prepare themselves? Here are three ways:
#1) They Understand That B2B Is Dead
Do you work for a “What” business or a “Who” business? Successful companies run the risk of focusing too much on their current products and distributors (the “What”), losing sight of the constant and dramatically changing needs of their customer base (the “Who”). Examples include insurance, pharma, health care and higher education, who often listen too much to their agents, doctors, and professors. The real innovation starts with the end consumer.
Here’s the punch line: We’ve entered the B2me age. The companies that are best at listening to and understanding the changing needs of their consumers and responding with new products and services will outlast, out-earn and outperform their B2B rivals.
Please note that I am talking about a mindset here, not a business model. P&G sells billions of dollars worth of products through grocery stores. They’ve gotten really good at letting the stores know exactly what consumers really want. So you can sell through any channels you wish, but if you rely on your channels to drive insight and innovation, you’ll soon be extinct.
#2) They Fire Their Gray-haired CEO
This isn’t about ageism. This is about unwillingness to adapt.
Napster was a company that broke all the sacred rules of the record industry and paved the way for the things we take for granted in music today, like buying one tune at a time online.
After watching a consistent chain of new-to-the-market entrepreneurs running firms like Amazon, Redbox and Travelocity dethrone titans of industry, my firm coined the term “Napster Moments.” This is when someone who has no business being in your business comes along and puts you out of business.
If you’re a shareholder, employee or CEO of a company that gets Napstered, it sucks. It’s also embarrassing.
In a recent radio interview, hit maker and former Sony CEO Tommy Mottola (think: Mariah Carey, Celine Dion and Beyoncé) said that seasoned record execs saw Napster as a “mosquito unworthy of swatting” and in hindsight realized that if they had just purchased the company, they would have “beaten iTunes to the punch.”
But like so many other seasoned execs—gray haired or not—their expertise kept them from seeing possibility.
#3) They Parallel Engineer
I love the saying, “you can’t read the label when you are sitting inside the jar.” As noted above, the sad irony of being an expert is that it keeps you from seeing possibility even when it is right in front of you. After all, you know what works, what doesn’t, what you can afford, what’s been tried in the past.
Seasoned innovators have learned that intelligent people learn from their own mistakes, but WISE people learn from the mistakes of others. So instead of relying only on their expertise, they have learned how to find other experts solving similar challenges to the ones they are facing. Then they go ask them what they may be missing.
Your industry is about to change. Best reinvent it before someone else does it for you. And as you reinvent it, ask your team what business will you be in? Which one should you be in?
Companies that constantly reinvent themselves are masters at deeply considering—and answering—these two questions.
For example, you may have noticed that Walmart has decided that it is in the Robin Hood business; they are all about delivering products and services to the masses inexpensively. They are not in the potato chip or cereal business. So now we see Walmart selling everything from bananas to TVs to health care and insurance.
I bet the Long Island Medium didn’t see that one coming.
This article was originally published by Free the Idea Monkey