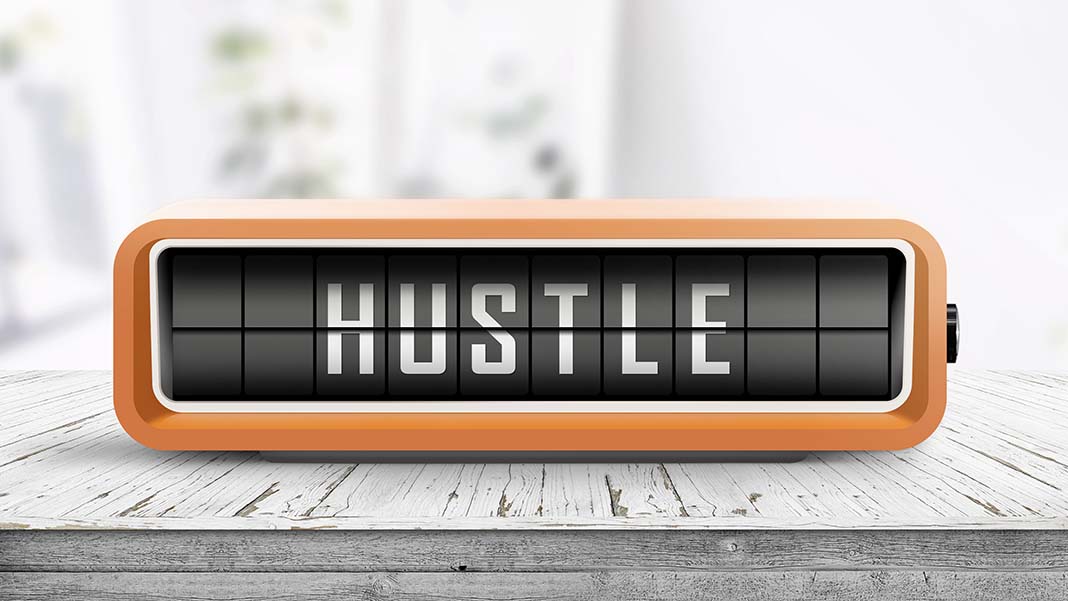 The Flipside of Hustle Culture

Platitudes like “Thank God It’s Monday” have been stressing the younger generation’s emphasis on so-called hustle culture. While some upstart tech companies like WeWork have implored their staffers to do what they love, in reality many people working at these places have simply convinced themselves that they should go through life pretending to love work.

While some pundits have complained that younger workers aren’t as efficient as members of other generations, others are pointing to just how far some are pushed. Burnout is becoming a badge of honor, especially in trendier industries and those backed by crowdfunding operations. Business leaders may think that they’re getting a great deal by teaching that hard work is its own reward.

The flipside of this, though, is that many people grow to internally resent their jobs while progressively getting worse at them. Over time, this leads not only to emotional and health-related issues, but lower performance in the workplace.

You could say, therefore, that everyone loses in the process.

Some work at home staffers have already been able to strike a solid work-life balance, especially when it comes to balancing work and family, which has made others envious of the way that they seem to have the perfect life. However, it wouldn’t be hard for people to achieve this in more traditional workplaces, either. Unfortunately, it seems that there are many who abide by the rule of never stopping when they’re tired.

New media upstarts have made a name for themselves by glorifying ambition and making it seem like toiling without getting anywhere is a good thing. Naturally, there’s nothing wrong with being ambitious. However, some people take it to an extent that’s far beyond what’s healthy for workers or productive for the world of business in the first place.

One organization promotes ambition, grit and hustle, as it refers to these virtues, over actually liking your job. Interestingly, posts that come out of said content creation agency don’t even focus on striking it rich so much as they emphasize a wish to focus on simply accomplishing daily tasks over and over again. Some of their posts have attracted criticism from mainstream media outlets while others have become hot topics on social media sites.

In the end, though, they all point to a wish for younger workers to delude themselves into imagining that they like doing whatever tasks they’re ordered to do. Some associated slogans, like the phrase “owning your moment,” seem to insinuate that people should like the rat race. Far from encouraging people to start their own business and be their own boss, this kind of mentality enforces a sort of stark corporatism that encourages people to judge each other based on how they perform in the service of a larger organization.

Considering how youth culture has long been defined by a focus on fierce independence, this is somewhat ironic. It seems like the days of going off and doing your own thing are at an end.

Pundits are starting to notice, however, that this kind of grim and exploitative paradigm isn’t at all sustainable.

Everyone seems to be about making data-driven decisions these days. However, data doesn’t indicate that logging long hours improves productivity. If anything, then overwork actually hurts creativity. Some people have said that the only real reason these myths continue to persist is because they help to frame a narrative that justifies the extreme wealth collected by a small group of technocrats. In one extreme case, overworked employees were actually caught spying on a competitor’s business operations.

Take a look at who is sending out messages about overwork being good for people. Such messages tend to come from top-tier technology leaders or big government advocate types. Even the most brazen of inspirational speakers who want to sell customers on overpriced learning courses don’t echo this message because it isn’t one that actually sells outside of these sectors.

Unfortunately, some people continue to use these technology elites as a sort of role model. A few people are starting to break away however, and that’s going to quite possibly send ripples through the urban work environment.

Work Will Change in the Next Few Years

A series of acquisitions has already doomed some of the companies that have promoted the so-called hustle culture. It’s doubtful that their business model is sustainable. Many of these companies survive on renting out talent and real estate to other firms that need it for a short period of time.

When skilled personnel demand better working conditions and a healthier family balance that’s so far only been afforded to freelancers, these firms will simply have to adapt. The only question is how long it will take before those enculturated in the world of hustling will start to realize that they’ve been used.