Home / Leadership / Green Initiatives / How Can Businesses Get Behind the Paris Agreement? 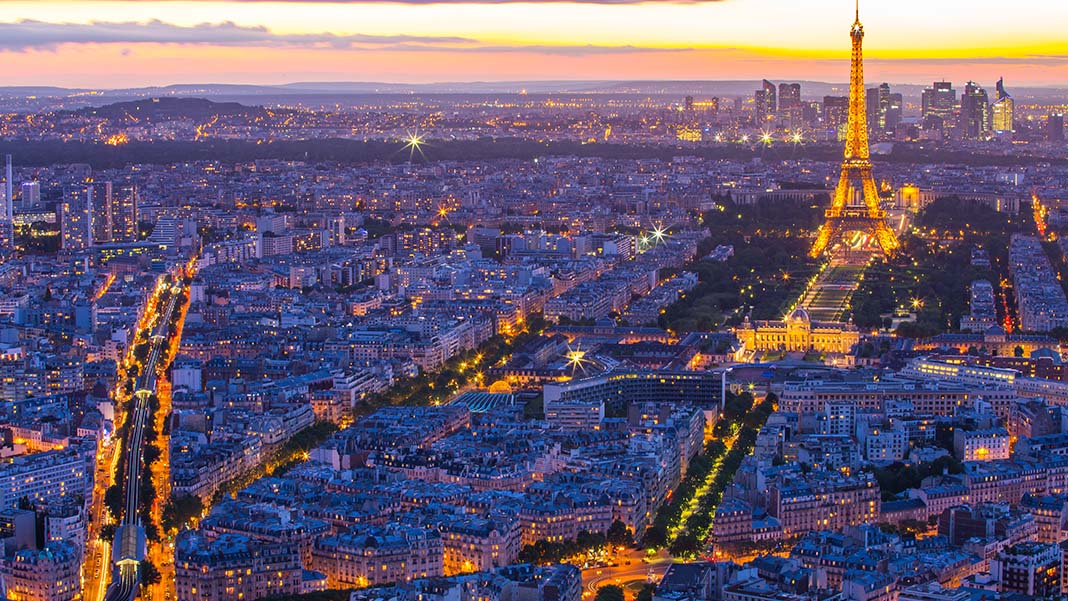 How Can Businesses Get Behind the Paris Agreement?

Scientists are predicting a rise in global CO2 levels this year for the first time since 2013 posing the question of whether or not actions are being taken to combat climate change.

Despite the Paris Agreement and targets being in place for emission reduction by 2020, a rise in CO2 levels is expected this year. The main culprit for the increase in CO2 levels is said to be China’s increasing coal use due to an expansion of the country’s economy.

With countries like China putting their economic strategy before saving the environment, it is becoming increasingly apparent that action needs to be taken now to offset their effect on our planet’s carbon footprint.

With the Paris Agreement, almost 200 countries have pledged their efforts towards cutting greenhouse gas emissions it, therefore, beggars belief that levels are increasing. Perhaps a reiteration of the agreement should be introduced in order to provoke change. Or given that only certain aspects of the pact are legally binding, it may be that introducing more consequences for defiance will increase cooperation.

What can be done to tackle the issue head on?

Aside from the obvious point that clean energy may well save humanity from the jaws of a climate change induced extinction, it is also becoming more attractive financially to various businesses. Renewable utility consultancy websites allow companies to easily find competitive green energy deals. Switching to a renewable tariff is simple and in doing so your business will be taking great steps towards fighting climate change. Small businesses make up a large percentage of the UK and US economy and the impact of these businesses switching to a 100% renewable tariff offered would be astronomical.

With clean energy becoming more and more accessible, there is no excuse for businesses not going green. Green deals consist of 100% renewable energy and could even be cheaper than what businesses are currently paying for energy sourced from non-renewable methods.

Measures such as audits on your electricity, gas and water use can help identify where you can not only make cost savings but also reduce the use of your utilities and the environmental impact of your business.

Instead of leaving computers and printers switched on 24/7, make sure non-essential technology is switched off when not in use. Leaving gadgets on standby uses is terribly wasteful. According to figures released by the Carbon Trust, leaving one computer switched on overnight for 12-months generates enough CO2 to fill a bus. A U.S. study found that workers wasted $2.8 billion in energy by failing to shut down their computers. Computers and data centres allegedly produce 2% of the world’s CO2 emissions.

Encouraging your workers to switch equipment off at the end of the working day could have a hugely positive environmental impact.

The same applies to lights and kitchen equipment. Issue a directive to office personnel asking them to turn off lights when they leave a room. If this doesn’t work, fit sensors in all rooms so lights automatically turn off after a set period of inactivity.

As the world evolves, so does technology. Nowadays it’s not uncommon to see customers controlling their energy with the touch of a button with apps linked to smart meters. Easy-to-use apps like Wiselife allow users to remotely control their utility use, set up schedules and see where energy is being wasted in real time.

The daily commute is a necessary evil for millions of workers. Some use public transport to get to work, but many more drive there. A worker commuting 30 miles per day, five days a week in a car that does 35 mpg, will pump out 3,300 pounds of CO2 each year. By allowing your workers to stay at home for two or three days a week, CO2 emissions are drastically reduced.

Modern technology has made remote working easy and convenient. Workers can connect with colleagues, attend virtual meetings, and collaborate on shared projects via the internet. There really is no need for workers to be in the office full-time.

Allowing flexible working also saves energy in other ways. Having fewer workers in the workplace reduced the business’s energy consumption. You can also manage with a smaller office, so you automatically improve the business’s bottom line.

However, if you do need your workers to be in the office, at least encourage them to use public transport, car-share, or even cycle to work.

If we as businesses collectively work to combat climate change and rising CO2 levels, we can ensure that this is a lone occurrence. If not, a rise in CO2 levels and the deterioration of our planet as we know it is inevitable.