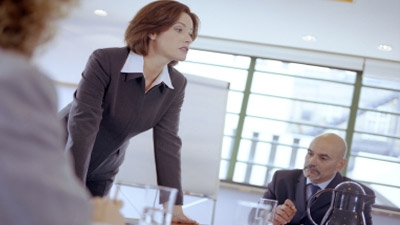 The Best Clients I’ll Ever Defend

Is every potential client a good fit for you? Before you answer, think carefully: every single one?
Fairly often, I get quizzical looks when I tell people that I work almost exclusively with small non-profit organizations and very small mission-driven businesses. This is especially true at traditional networking events, where the goal of the meeting for most people is to round up new business. “Oh, wow,” they say, “that’s neat.” However, I’m pretty sure a reasonable chunk of them say “that’s neat” and really mean “that’s crazy.”
I think that because a couple of them have all but come out and said that. Today, as we move into the time of year where, here in the US, both consumption and philanthropic giving are at their peaks, I’d like to talk about what my pricing and my target client base mean to me. In the context of having just given thanks and being on the verge of all that holiday giving, it’s a good time to evaluate how I thank my clients, attract new ones, and share my business vision with the world.
Small Businesses Are Not Flighty, Mister.
The first awkward conversation I had with someone about my client base was in the context of an interview for someone else’s blog. The interviewer—the owner of a larger web development firm—asked if I could really support my family with these types of clients, even going so far as to explain to me why he couldn’t deal with the “yoga instructors and life coaches” anymore. They didn’t have enough money, he said, dismissively. Also, he called them flighty.
In that conversation, I said simply that I had not experienced that problem with my clients. They all entered into contracts with me knowing the cost. Those who couldn’t afford my work didn’t sign contracts. (That is, not right away. Some of them came back to me six months or a year later and said, “Now I’m ready.”)  Small businesses, I explained, weren’t lesser businesses. Their size didn’t preclude them from investing wisely, conducting their work professionally, and making careful decisions based on risk/benefit analyses.
Later, after the conversation, I felt my hackles rising. How dare someone dismiss small—even tiny—businesses as a viable income source? Responsible citizens make good on their commitments whether they own a two person accounting firm or a multi-billion dollar corporation, and likewise, irresponsible jerks can be found in every industry as well. My experience overall with these businesses—and yes, I count a life coach and a yoga instructor among my favorite clients—has been that they are deliberate decision makers and incredibly loyal consumers of B2B services. Sounds like a good target market to me.
Non-Profit Organizations Don’t Expect Things for Free
The next uncomfortable conversation about my client base came at a dinner party. The hosts were asking me about my business, and when the subject of non-profits came up, someone told me that his wife had been consulting on marketing for non-profits for years, but recently had her first for-profit client in a long time. “It was incredible,” he said, “when she saw what it was like to get paid on time with no suggestions that some of her work ought to have been free. Really eye-opening, I tell you.” When I pressed further, he claimed that his wife’s clients were regularly late with payments and often suggested that she provide her services gratis because, “they were doing god’s work.” Non-profits, he said, expected too much.sunray breaking through the clouds
This one threw me for a serious loop. I’ve never had this experience with a single non-profit organization in my client base, either, including the religious ones and the ones dedicated to eradicating hunger and disease. None of them have even so much as approached me for a monetary donation after our work together was through. I told my dinner host exactly that and received a shrug in response, followed by an assurance that it would happen eventually.
I disagree. I don’t believe this will ever happen. When relationships are defined by detailed contracts, expectations can not help but be clear. This is as true for businesses as it is for non-profits. I’ve never been paid late by a non-profit, and they’ve never come back to me later to ask that I do any of the contracted work for free. I offer a discounted rate to all my non-profit clients, and that is the extent of my official allowance for the importance of their work, holy or otherwise.
There’s nothing inherently un-businesslike about non-profit organizations, even small ones. By approaching these relationships like the professional ones they are, it’s possible to set the tone for expectations to be made, agreed upon, and met. If anything, I feel richer for my relationships with non-profits.
These Are Great Clients
In the end, I don’t care if my clients have a billion dollars; I care if they have enough to pay me what they’ve promised. So far, they have. I like to think that this is because I’ve built a system wherein we all know what we’re getting into in the first place, and we all look each other in the eye and promise to be good to each other. That may sound naive and simple, but it’s worked for me.
In honor of these relationships—which are most important because of the work they support—I’m considering how to thank them all for the great projects we’ve done this year. I haven’t made up my mind yet, but I’ll tell you one thing: our gifts are coming from small businesses and/or non-profits. That’s not just where I make my money. It’s also where I want to spend it.
This article was originally published by Jebraweb

Debi Lewis is the owner and lead consultant at Jebraweb, a web development firm on the north shore of Chicago. After many years of internet consulting in a variety of industries, Debi decided to focus her attention—and her company—on the online presence of mission-driven companies and non-profit organizations. Jebraweb brings more than fifteen years of web development and consulting experience to every countertop, coffeehouse, warehouse, conference room, and living room where we meet our clients. Our hope is that good web sites become accessible to all businesses and organizations, that technologies that sound overwhelming become as easy to understand as a business card, and that our clients walk away feeling that they are in good hands. You can connect with Debi and Jebraweb on our Facebook page, via Twitter, or by reading our blog.