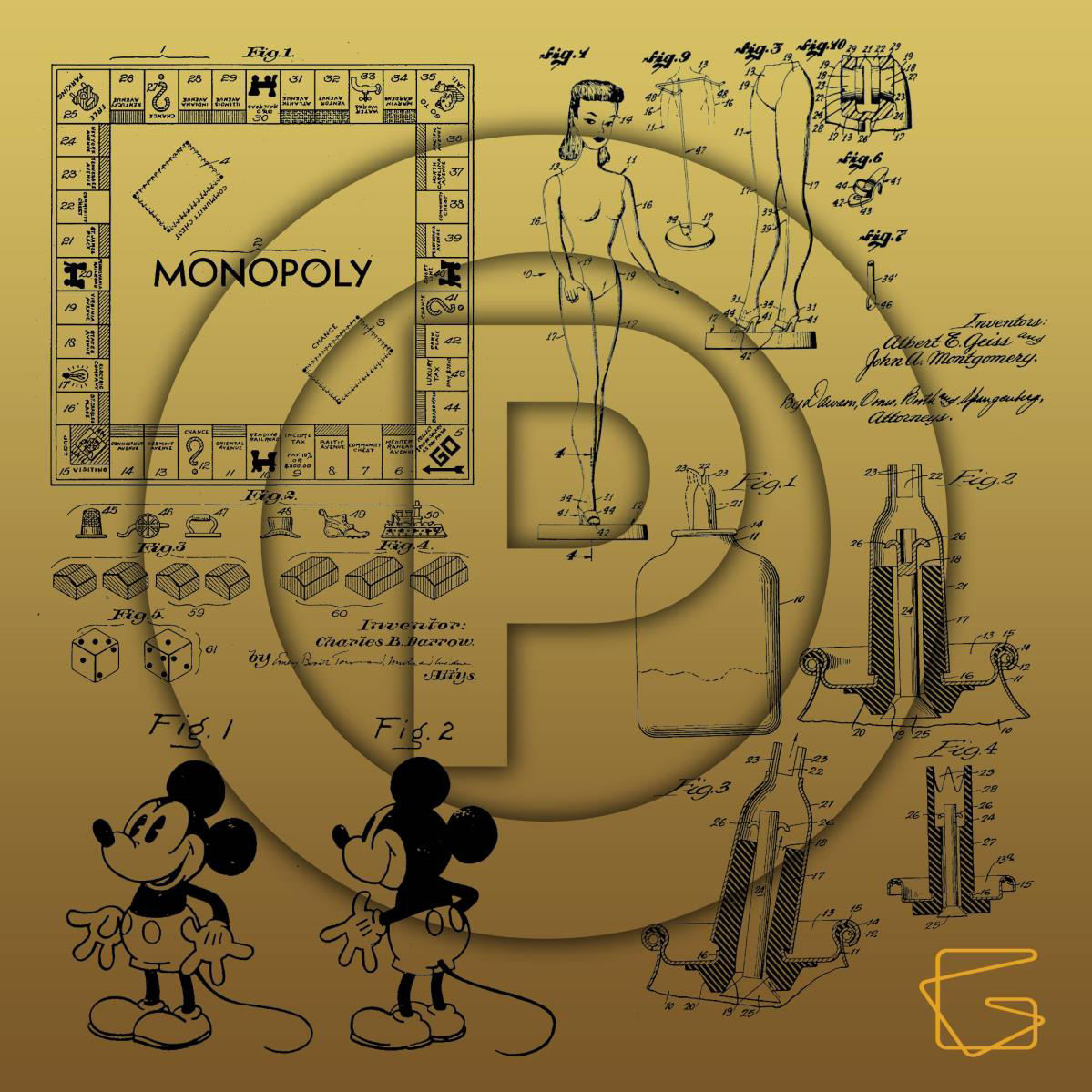 Businesses typically rely on trademark or even copyright to protect their valuable branding assets. However, an effective branding strategy also employs the exclusivity of both design and utility patent protection whenever its available, effectively keeping potential competitors out of the marketplace, regardless of brand name.

Illustrating this concept in greater detail are the case studies below.

While this innovative, new snack food was positioned as a ‘new fangled potato chip’ through both packaging and advertising with the fanciful PRINGLES trademark further solidifying the brand, it was patent protection that truly set this product apart from possible competitors.

First, Procter & Gamble filed a design patent application, entitled “Packaging of Chip- type Snack Food Products” to protect the unique canister itself as this type of merchandising was previously unheard of in the snack food space. Furthermore, given the fragile nature of potato chips in general, it was essential for ensuring non-breakage and uniformity in support of the distinctive PRINGLES brand.

Next, they filed a utility patent application entitled, “Potato Chip Products and Process for Making Same” essentially locking up the method of manufacture fundamental to producing these stackable snacks. As a result, others could potentially be blocked from utilizing the same process to introduce something similar, again ensuring brand viability. 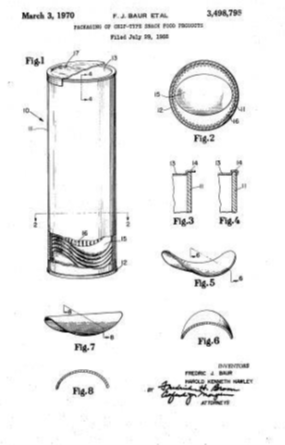 Transcending its humble beginnings as an early online bookstore to the retail behemoth that it is today, Amazon carved out a dominant position in the nascent Internet world through its innovative “One-Click Ordering System” which soon became key to its brand and market dominance.

In addition to registering 1-CLICK as a trademark, Amazon solidified its protection through a business method patent entitled, “Method and System for Placing a Purchase order Via a Communications Network” and shortly thereafter put it to good use in obtaining an injunction against Barnes & Noble, ensuring that Amazon customers could order their books online with a single mouse click while competitors were able to offer their website visitors at least two clicks.

Although the case ultimately settled after the injunction was repealed, Barnes & Noble never returned to its former system and early Amazon built its brand behind this ever so humble but potent patent. 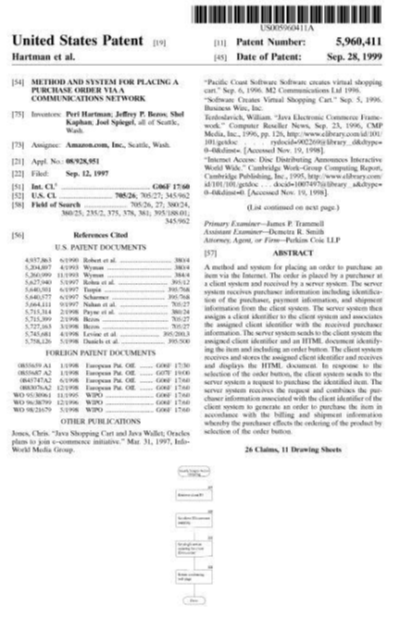 Introduced essentially in its present form during the Great Depression, this family favorite became an instant classic and perhaps the biggest seller of all-time in its category. MONOPOLY as a brand name perfectly portrayed an era of capitalism run amok, subsequently earning a permanent place in popular culture with worldwide licensing, spin-off editions, clothing, slot machines, and co-branded promotions with McDonald’s, among others.

However, early on, Parker Brothers company sought assignment of the original patents, including “Board Game Apparatus” prior to their widespread commercialization of the same and despite the existence of several earlier versions. Monopoly, indeed! 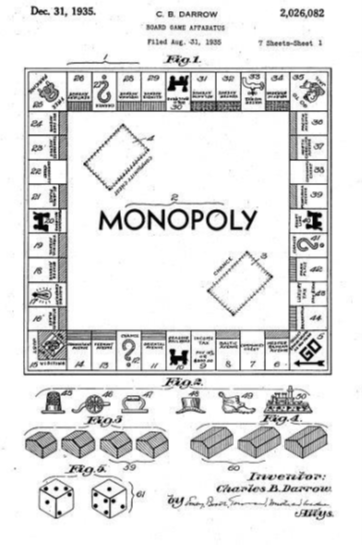 Living In a Barbie World

Continuing our discussion of iconic toys and games, while Mattel’s trademarking of the distinctive color shade belonging to its pink princess is nothing more than an Internet myth, as noted in our previous survey of non-traditional trademarks and Branding Law, her corporate guardians did file several unsuccessful lawsuits against MCA Records following the release of the 1990s parody hit “Barbie Girl.”

Likewise, they failed to prove copyright infringement and trade secret theft in their series of suits against MGA, the makers of Bratz dolls. Fortunately, they achieved considerably more success through the patent system with the successful registration of a utility patent simply entitled “Doll Construction”, ensuring sales leadership throughout the decades prior. 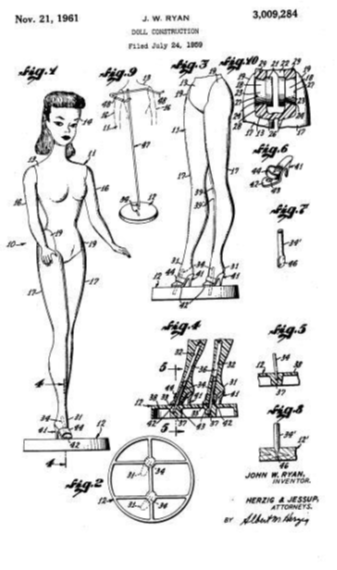 Finally, we turn to another familiar favorite that spans the generations. PEZ is a distinctive, fanciful trademark and well-known corporate brand. Interestingly-enough, it also relies on personal branding and licensing with a collection of celebrity and cartoon character likenesses, mostly in the world of entertainment, including the “King” himself.

However, through almost sixty years of both utility and design patent protection for the unique candy dispensing apparatus that is central to their brand identity, they have effectively blocked the competition. Furthermore, their IP strategy is an excellent example of how a company can successfully register a series of limited-term patents covering small improvements and such in order to maintain protection over an extended period of time.

From their original “Pocket Article Dispensing Container” utility patent to “Dispenser for Tablets” to “Spring Cage for Use in a Tablet Dispensing Receptacle” to “Tray for Storing and Individually Dispensing Tablets” and then design patents, such as Candy Dispenser Base” they have seemingly covered every aspect…at least for now. 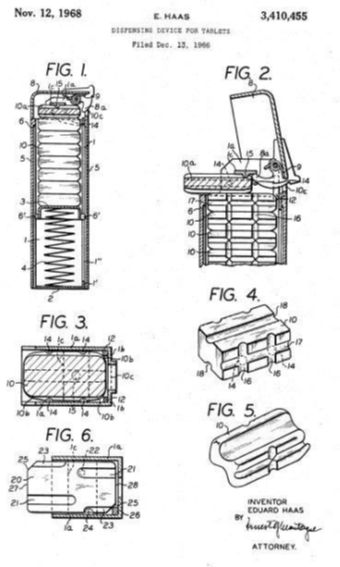 As illustrated in the various case studies above, while copyright and especially trademark are the most common forms of intellectual property protection for building brand equity, legal practitioners and brand managers alike should not overlook the power of both utility and design patent protection. While the duration of coverage is not as generous as with copyright or trademark, the scope of protection granted provides exclusivity, essentially securing barriers to entry and dominant market position for many years to come.