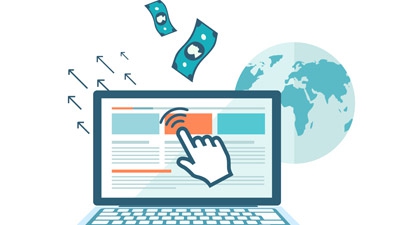 They just keep going up and up. That’s the takeaway from the recently released 2014 Internet Advertising Revenue Half-Year (HY) Report from IAB, which shows Internet advertising revenues in the US totaling $23.1 billion for the first six months of 2014, an increase of 15.1% over the first six months of 2013. This upward trajectory seems to be part of a broader general trend: since 2003, 78% of quarters (36 out of 46) have experienced positive online ad revenue growth over the prior quarter. Perhaps most interesting is the nature of this growth, which reflects a steady shift away from more “traditional” search and display advertising formats to newer platforms like mobile devices and social channels.
Brands interested in staying ahead of the digital marketing curve may want to take note.
Going Mobile
A wise man once said “as goes the world, so goes the ad revenue,” and the world is going mobile. According to the IAB report, mobile ad revenues in HY 2014 increased to $5.3 billion, representing 23% of all ad revenues, a rapid increase from the $3 billion, or 15% of total revenues, reported in HY 2013 (it’s worth noting that, within the 23% for HY 2014, mobile ad spend is split roughly evenly between search {51%}, and display {47%} formats).
According to David Silverman, Partner of PricewaterhouseCoopers, the firm that conducted the research for the IAB report, the ascendancy of mobile ads has been driven by the changing behavioral patterns of the mobile consumer:
“Mobile’s continued rise speaks to consumers’ increasing reliance on smartphones and tablets, whether on-the-go or at home. And, digital video too is seeing gains that reflect a new ‘viewing’ paradigm that is taking place on interactive screens, big or small.”
That there is a special connection between mobile and video seems relatively self-evident, but trying to tease out the origins of this connection creates a bit of a chicken-and-egg scenario: are people watching more video because their smartphones and tablets (and apps) are now providing a better video-viewing experience, or because they are simply getting more accustomed to doing everything on their smartphones and tablets, including watching videos?
Whatever the case, mobile video ads are hot now, and represent one of the fastest growing segments of the mobile ad space. Data from the Q3 2014 edition of Opera Mediaworks’ State of Mobile Advertising report confirm this notion:
Getting Social
Social media represents another huge growth area for online advertising, with social ad revenue topping $2.9 billion in the first half of 2014, according to IAB. In fact, social advertising has enjoyed a 24.1% compound annual growth rate (CAGR) from HY 2012 to HY 2014, making it the most popular category in mobile advertising, accounting for about one in five ad impressions.
Any persons casting a dubious eye at the meteoric rise of social advertising need look no further than Facebook. In Q2 2014, Facebook’s revenue rose 61% to $2.91 billion, as the company generated a quarterly profit of $791 million, much of this (roughly 62%) coming from mobile ads. Moving forward, Facebook is projected to control nearly (18%) of the roughly $17.7 billion U.S. mobile ad market in 2014. This kind of mobile ad performance has catapulted Facebook’s stock to over $80, more than double its initial public offering price of $38.
According to the findings of a new report from BI Intelligence, the broader market increase in social ad spending is driven by a number of factors, including the continuously growing reach of social media, particularly on mobile devices, along with better analytics, performance, and targeting options.
The BI report predicts social media advertising, which is up 40% this year and is projected to top $8.5 billion by the end of 2014, will grow to nearly $14 billion in 2018. Moreover, spending on mobile social-media ads, including mobile app-install ads, will surpass non-mobile spend by the end of this year in the US; by 2018, two-thirds of all social media ad spend will be attributed to mobile.
Takeaway
The unceasing, often chaotic nature of digital transformation is having a marked impact on the ever-changing business landscape; online advertising is not immune. To stay competitive, businesses must constantly adapt to changing mores and implement new technologies. Integrated digital marketing best practices dictate brands should combine paid and organic elements to connect with and convert all segments of their audience. Targeted mobile and social advertising will help them do so more effectively.
This article was originally published by SyneCore