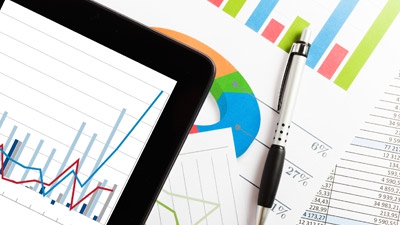 According to a recent study done by Forrester Research, online ad spending will surpass broadcast television with an estimated $77 billion allocated to marketing expenditures, amounting to 35% of overall ad spending in advertising. The study also predicts that mobile ad spending will exceed that in social media and email marketing resulting in a whopping $8.2 billion in revenue by 2016. However, while these numbers hint at traditional advertising channels dying off, the truth is that they’ll still play a vital role in a consumer’s buying pattern.
The average American watches roughly 5 hours of television, spends 6.5 hours on mobile devices and browses the internet via a desktop or laptop up to 70 minutes per day. Consequently, while some marketing platforms are seeing higher rates of traffic, all channels are experiencing growth of some kind.
Here’s what advertisers can expect by advertisement type in the next couple years across platforms:
Email
While email marketing will likely see little to no growth in market share over the next few years, it will still be one of the top venues for customer acquisition. People sign up for email lists with the intention of receiving ads from retailers they like. Furthermore, while customers may not convert directly from an email advertiser, they will base their buying decisions off advertisements that are delivered to their inbox.
Display
Research estimates that display will reemerge as the advertising platform experiencing the most growth. This is largely due to the versatility of display ads, especially in regards to video. Consumers will begin to see just as many banners as auto-play video ads on their side bars, apps and social media sites. In total, Forrester projects that display traffic will gross $28 billion in revenue, accounting for 37% of the online advertising market share.
Search
Although search advertising is expected to remain the largest segment in online advertising, its market share may drop from 55% to 44% as companies transition spending into other channels. Revenue will continue to grow, however. Just last year, it grossed $1.5 billion more than the previous year. Consumers tend to search organically when they’re seeking out products or services they know little about.
Social
Ads on social sites will continue to evolve. The marketing opportunities via social sites are geared for smaller-scale companies. While there will be growth in spending on the social sector, it’s not expected to compete with the top online ad channels.
Mobile
Mobile will remain king. If companies aren’t already investing in mobile-optimized advertisements, they will be soon. Based on rapidly-growing consumer usage rates and the projected revenue of $8.2 billion by 2016, mobile marketing traffic will continue to set the tone for online advertising. Given that mobile traffic has seen a triple digit growth rate three years in a row and accounts for almost 20% of the market share, it will likely overtake search advertising in the next few years.
The most important thing for companies to realize is that consumers view media on multiple screens every day, meaning advertisements must be cross-screened as well. Although mobile advertising currently has the highest growth in market share and revenue, ignoring other channels could be a big mistake. Reaching consumers in as many different venues as possible with the use of optimized assets is key to maximizing conversions.
This article was originally published by The Mail

Murray founded The Mail in 2013, an angel-funded start up publication covering performance marketing and mobile marketing. Murray is also editor of www.moneymakerdiscussion.com and is best known for his video reporting. Murray is an advisor to a number of Bay Area startups. In 2011 Wiley published his book Online Marketing: A User's Manual. Born in England, Murray moved to the USA in 2011, being recognized by the US government as an alien of extraordinary ability.