Home / Run and Grow / Human Resources / Salary vs. Hourly: How Are You Paying Your Employees? 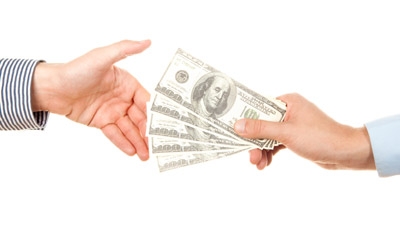 Salary vs. Hourly: How Are You Paying Your Employees?

What is the best way to pay the people who work for you? Should you pay them by the hour, or would putting everybody on salary be a better idea? There are benefits and drawbacks to both options.
The Benefits and Drawbacks of Salaried Employees
Perhaps the biggest benefit of putting your employees on salary is that it often exempts them from overtime eligibility (make sure you follow FLSA regulations). This means that whether your employees work forty or eighty hours during a week, you will still be paying them the same flat rate. It’s good for your bottom line and makes your small business payroll much easier to do.
It also offers your employees some flexibility in terms of project completion and work hours. Nobody likes being forced to stop working on a project simply because their shift is over. When a person is on salary, she can make the choice to keep working, knowing that she won’t have to ask for permission to earn some extra money to do so.
The primary drawback is that when someone is on salary, you have to pay them the same flat rate whether they work forty hours or four that week. Some employees will take advantage of this and take their sweet time with projects and tasks because they know they’re getting paid the same amount regardless of how much they get done on any given day. Sending someone home because they don’t have anything to do doesn’t save you any money.
The Benefits and Drawbacks of Hourly Employees
The primary benefit of paying someone on an hourly basis is that it gives you some flexibility with employees’ hours and time worked. If your business isn’t doing as well as you had hoped, you can reduce someone’s hours (and pay). If you don’t have enough to keep someone busy, you can send them home and not have to know that you’re paying for them to sit around.
Hourly employees are also more likely to stay on task because the threat of being sent home without pay is a big one. Nobody likes having to deal with a reduced paycheck!
The biggest problems with paying someone an hourly wage is that they do become eligible for overtime and holiday pay. While some states have pretty basic overtime rules (if the employee goes over forty hours in a week, they get time and a half), others are very complicated and run the risk of costing you a pretty penny (in some states, if the employee works more than eight hours in a day, they get time and a half; double time for time worked after twelve hours). Employees like this because it helps them beef up paychecks every once in a while.
In terms of productivity, though, it can be a killer. You might not have enough to pay someone overtime even though it means work is done more efficiently and is of higher quality. Some employees will also try to drag a project out to fill up time so they don’t get sent home early.
Really, when figuring out whether to pay your employees by the hour or put them on salary, the best thing you can do is look at what kind of work those people will be doing. Some work is better left for salaried employees (managerial staff, creative staff). Other is better suited for hourly work (customer service staff, warehouse operators, etc.).
And, of course, make sure you’re following federal rules and regulations that dictate who is going to be paid what and how much.

Erin Steiner is a freelance writer from Oregon who specializes in small business, personal finance, and Internet-related topics. 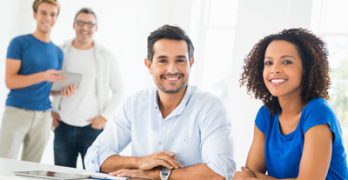 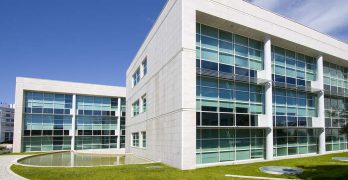 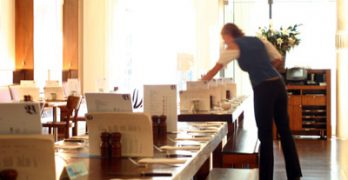 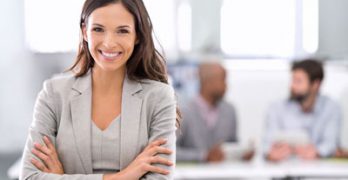