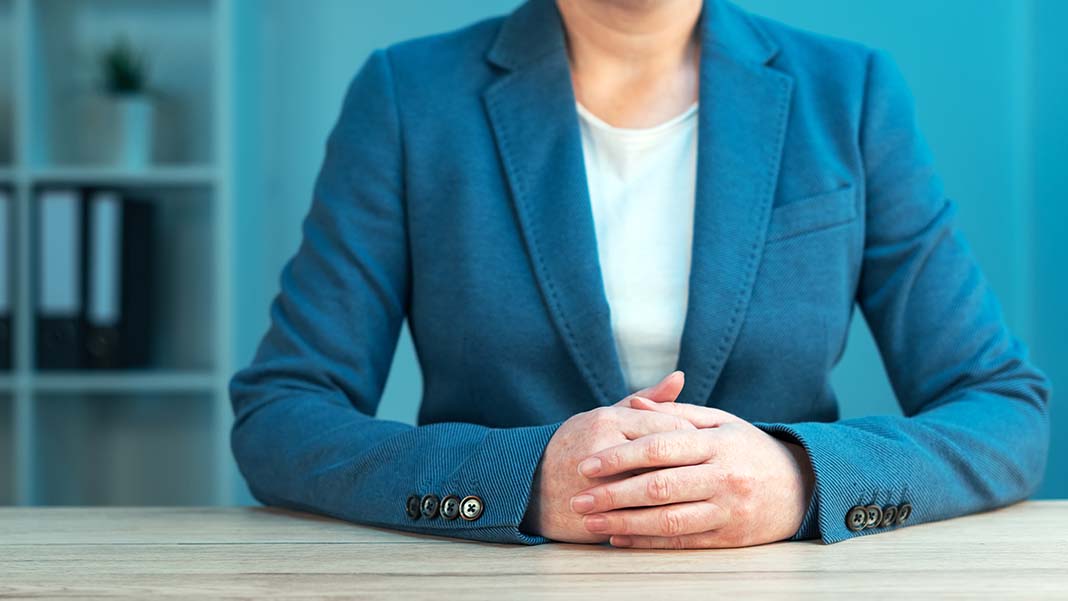 10 Body Language Signals to Watch for in Every Interview

Interviews are hard. Misjudging a candidate could mean the loss of skills vital to your company or possibly hiring the wrong person. And with an average price tag of $4,000 to simply recruit, hire and train someone, interviewing skills involve more than simply asking the right questions.

Now more than ever, interviewers must also be able to read a job seeker’s body language, in order to look beyond spoken words.

To better judge a candidate’s reactions, you need to acquaint yourself with body language and non-verbal communication. This can prove rather difficult for several reasons. For example, reactions to a situation or question vary vastly according to culture and tradition.

Veteran interviewees can perform rehearsed or signature reactions to lead interviewers to arrive at the desired conclusion. Additionally, pre-interview nervousness and stress sometimes cause people to send inaccurate signals. Infographic by On Stride Financial

Regardless of mitigating circumstances, there are several non-verbal responses common to all humans. Observing them closely can prove highly valuable in choosing the right person. These cues can tell you who to hire or who to let walk away.

Obviously, you will ask every job seeker called for an interview to take a seat. Observe the manner in which a candidate selects their seat and the way that they sit. Plopping on a seat indicates stress, which is fairly normal. Confident job seekers will make themselves comfortable by shifting positions in the chair immediately upon sitting while those with less confidence will remain taut.

Observe the manner in which the job seeker places their bag or purse. Confident candidates will place these items on their side or in front of themselves — unless no other option is available. Diffident job seekers will generally place them on their laps — regardless of any other options. Placing these items on an empty chair or seat is an indicator of callousness as the bag can leave marks that can stain clothes of those who use the same seat later.

Thanks to many misconceptions, some interviewees try and maintain an unnatural smile. Job seekers who maintain a forced smile throughout the interview are generally well prepared. Though the smile is bogus, it indicates the candidate has taken some effort to prepare for the interview, even though they’re misinformed.

Scary smile syndrome generally strikes less experienced applicants. This is pardonable since it indicates the job seeker is genuinely interested in the job and is trying with all their might. Also, in most cases, pained smiles vanish soon as everyone settles into the interview.

3. How Quickly They Answer a Question

Job seekers who rapidly answer your question make lazy workers. They do not take time to comprehend your question. They listen with the intention to reply rather than to understand, as said aptly by American author and motivational speaker, Dr. Stephen R. Covey.

On the other hand, interviewees who ponder your question and respond after a short pause signify they have patience and will make good problem-solvers. Additionally, those who respond more slowly tend to be better team players since they wish to get a clearer picture of the question, problem or situation.

4. If they’re Focused or Staring into Space

Candidates who gaze are generally disconnected from the interview process and their mind is fixated elsewhere outside the interview room. Those who stare intently while you are asking a question indicate fear. Jobseekers who stare may have fudged or doctored their resume and hence fear a specific question in that area.

Job applicants who merely look at you casually and occasionally shift their eyes are better composed and confident. They are in no undue hurry to get past your questions. Nor are they worried over something and are fully focused on the task at hand. They make good workers. People who cannot focus their looks and have shifty eyes may have some unpleasant facts to conceal.

Generally, every question causes a rush or drop in blood pressure. This is the technique upon which lie-detectors function. With some training and observation, you can notice any sudden reflex actions that occur when you are asking a question on any particular feature of the job seeker’s resume. Such reflex actions can be very subtle, such as a twitch of the lips or batting of eyelids, sudden tautness of shoulders or shift in seated position.

Such reactions indicate your job seeker is either very comfortable with the question or rather uneasy. Persist with your quizzing by asking more related questions. Such reactions are most noticeable when you ask about past experience or reasons for leaving former jobs or why the job seeker wants to work for your firm. Tapping fingers on bag or chair, leg and feet movement, fidgeting with a pen, bag or hair are signs of fear and nervousness. You may find some jobseekers frequently touch their nose or move palm across the face.

Admittedly, these gestures can indicate genuine nervousness typical to interviews. Hence, it is essential to get the interviewee relaxed before you begin the barrage of questions. However, if an applicant persists with fidgeting and involuntary movements long into the interview, there could be some missing or doctored details in the resume.

It can also signify the candidate’s unwillingness to say more than what is mentioned on the resume. This means, the job applicant is not genuinely interested in the post and is just looking around for more money or better status and wants to get done and over with the interview process at the earliest.

7. How They Hold Their Shoulders

No matter who you are — your shoulders will involuntarily move upwards and become rigid when you’re scared or uncertain about will happen next. Generally, experienced job seekers will not display this symptom. With someone who’s less experienced, it can be understood or even taken for granted their shoulders will be tensed through the interview.

Rigid shoulder positions, including assumed ones are indicative of people unable to cope with pressure or stress at work. These are the types who may wilt under pressure and become heavily dependent upon teammates. Such persons may also be incapable of making independent decisions and problem-solving.

8. How Quickly They Breathe

How quickly someone breathes varies according to situations or questions and problems that confront a person. It is triggered by a rush of adrenaline or excitement. Sometimes, it is caused by fear.

Candidates who display accelerated breathing pace at the interview are people who are raring to go. They are the daredevils your team requires. Excitement keeps these people alive and they are willing to go that extra mile for your organization. They are eager to get the job or rather, snatch an appointment letter.

Such people may not be good team players but are excellent workers when left alone. Their adrenalin keeps them alive and hence capable of logging late hours, whenever required. They would also be willing to travel extensively.

9. Do They Seem Thirsty?

Does it seem like the person you’re interviewing could really use a glass of water? Having a dry mouth can be a symptom or signal that the candidate is somewhat nervous or shy. If that’s the case, offer them something to drink and take the time to get to know them.

This kind of job seeker is a very intelligent person who’s ideal for high-pressure jobs that require working alone. Such people are good at retaining company secrets and are generally aloof from petty politics that plague every organization on this planet. They are introverted workers who prefer completing their tasks in peaceful work conditions. Such jobseekers will most likely be perfectionists and will never perform a hash job.

You can expect some degree of aggressive and boastful behavior from experienced candidates. While it’s natural for a job seeker to portray confidence, those who cross the line tend to be compensating for failures in their professional or personal lives or, at worse, both. These candidates may even try and overcome their inferiority complex by projecting themselves in an overly aggressive manner.

Claims made on their resume will be valid but exaggerated to suit their own ego and not your needs. However, this does not deem them unfit for the job. The inability of past employers to provide adequate opportunities for professional or any range of personal issues might be affecting their behavior.

Given the right opportunity, certain overconfident jobseekers can indeed become an asset for your company. They will try to achieve more targets than others. This boisterous behavior will begin to ebb once the job seeker finds the right work environment or personal situation improves.

Now That You Know

Special training courses are available for human resources personnel on how to assess body language and non-verbal skills during interviews. Additionally, you can read some good books available on the topic. Personal experiences while interviewing candidates also helps you develop skills to watch for 10 reactions during an interview.

Remember, non-verbal reactions are just one method of assessing a jobseeker’s aptitude for a post. An interview is stressful for all persons involved. Hence, for a great interview, it is imperative you be at ease first and make sure candidates also feel comfortable.

Pro tip: Watch your own body language as an interviewer. To appear fully engaged, try to have your hands in your lap while facing forward and leaning slightly toward the job seeker Author: Pritam Nagrale is one of the few of the Indians who’s been interested in internet marketing from the time when people did not know the meaning of internet marketing. He likes to blog about money-making ideas, career and education tips, different career options, business ideas and more.

Wagepoint is simple, fast, and friendly payroll software, built just for small businesses across North America. Everything a small business owner or startup founder needs to manage and run payroll is included in one simple plan. Follow Wagepoint on Twitter @Wagepoint. 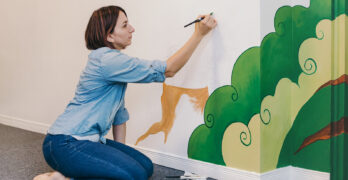 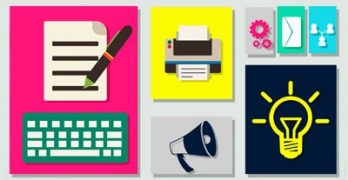 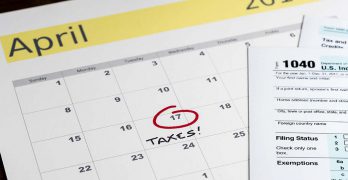 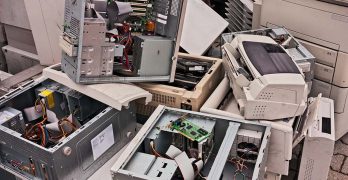