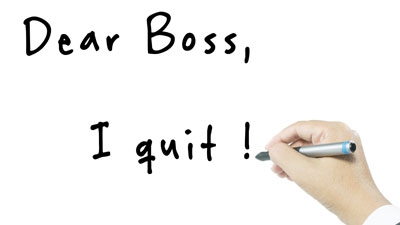 People Quit Their Managers, Not Their Jobs

Manager (noun): The person with the arcane power of either making a perceived “boring” job fun and fulfilling, or making a great job seem miserable and hollow.
This is not an exaggeration, as I’ve seen it and experienced it. It wasn’t until later that I discovered that the problem is a lot more prevalent than I had thought. A recent poll by Gallup found that at least 75% of the reasons behind voluntary turnover can be influenced by managers, with 16.5% of workers leaving due to management or general work environment problems.
Managers who do not address issues such as a hostile or toxic work environment, non-existent career advancement opportunities, or unclear employee expectations are almost predestined to fail. With all of this power at their fingertips, you’d think that they would be more careful, lest they lose their own jobs. However, when faced with employee angst, some managers’ “go to” is to simply offer a raise to the affected employees, which doesn’t address any of the previously listed core concerns. To actively disengaged employees, the thought of accepting a raise while continuing on in the exact same work environment is downright insulting.
Case Study: Bad Management 101
A bad manager, named “Jon,” has a long list of offenses towards his employees and superiors, which include: 1) destruction of company property, 2) abandoning his work station during restaurant peak hours, 3) displaying a general lack of trust by assigning tasks, then micro-managing every aspect of said task while peering over their shoulder, 4) displaying impatience during new hire training, 5) creating hostilities and extreme internal competition by playing “favorites” with certain employees, and 6) using the company’s Twitter account to verbally attack complaining customers.
Related Article: 5 Essential Characteristics That Differentiate Leaders from Managers
In stark contrast to this, a successful manager (as in this infographic from Pepperdine) will display patience, foster trust, and be fair in all aspects. Let’s see where “Jon” failed:
That last reason deserves special attention, as it’s one thing to make your employee’s lives miserable, but belligerently berating a customer via the company’s Twitter account is a completely different animal. Plus, it isn’t the first time that “Jon” handled a customer complaint badly, as there were several other incidents that occurred in the restaurant, many in plain-view of other customers. Had “Jon” handled these customer complaint situations effectively, he would have not damaged the restaurant’s reputation to the point where the general manager was forced to quit after a 20 year career. That’s right, his boss had to quit, and “Jon” hung on for another month before the company vice president personally flew down from Oregon to walk the guy out!
In the end, I was thankful for “Jon,” as he showed me exactly what not to do as a manager, but also how far-reaching the damage can be if left unchecked. Otherwise awesome employees were either fired or quit without notice, and I didn’t hang around long enough to see “Jon’s” walk of shame. But in case it hasn’t been made clear yet, there are definite behaviors that managers should follow while conducting their duties:
As long as you practice these five credos, I promise you that your employees will respect and listen to you, customers will pick up on your positive vibes (even if they are complaining), and you will be in charge of your fate. A strong, empathetic leader would never fathom destroying company property or launching loud and raucous tirades, and no one should have to endure that. In the end, be the boss that you always wanted and never forget where you came from.
Author: Robert Conrad is a former Trainer and Manager with over 10 years of experience, and a Restaurant Aficionado. He can be reached on Twitter or Facebook.