Home / Leadership / People Skills / First See It the Way It Is. Only Then… 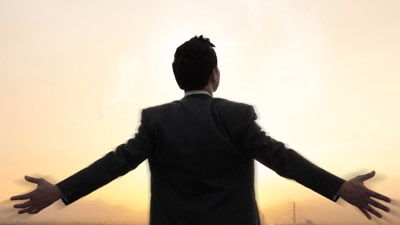 First See It the Way It Is. Only Then…

There are certain natural laws of life. They are not necessarily good or bad. They just are. They are immutable; unchangeable.

With those laws, you have two choices: acknowledge them, or deny/ignore them.

What you cannot do is change them.

They are what they are.

Let’s take the oft-used example of gravity. At least, oft-used by me.

Gravity works everywhere on earth. No exceptions; no excuses. It’s neither good nor bad. It just is. I guess it can be considered good in that it keeps us from floating helplessly into space. It could be considered bad when falling off a seven-story building.

The Law of Gravity cannot be changed. And, you know what? It doesn’t matter how much you’d like it to not be true, how much positive thinking you apply (“I can fly…I can fly…I can fly!”), or even how unfair you think it is that gravity works the way it does.

Actually, we can. Most of us have done so. We’ve traveled great distances at high speeds in a tubular-shaped hunk of metal called an airplane. Lately, we can even check our email and post and converse on Facebook and Twitter while doing so.

However, for the airplane to have been created, its developers first had to understand and acknowledge the Universal Law of Gravity and how it works. Only by tapping into the truth of gravity (and aerodynamics) could they work within its principles and actually use them to create the opposite effect, resulting in flight.

First accept how something IS. Then rather than trying to change it, look for ways to work with it in order to obtain the results you want.

It’s exactly the same with people.

There are certain universal laws of human nature that—while not necessarily convenient—simply are. And, only after we first acknowledge them can we work within them. This, in order to effectively influence others in a way that results in a win for everyone involved.

This article was originally published by Bob Burg