Home / Leadership / People Skills / Don’t Manage “What” without “Why” 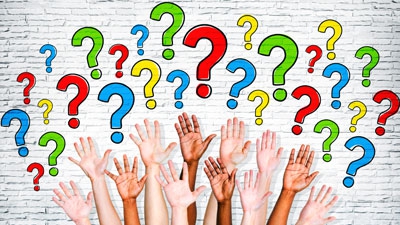 Don’t Manage “What” without “Why”

Empowering your direct reports with the reasons for your orders gives them incentive to act, motivation to accept authority, and purpose behind action. I try to teach this with the simple phrase that is the headline of this insight.
Think of the last time someone above you in your business or personal life gave you an order to do something that seemed either illogical or of low priority—to you. If you accepted the authority of the person giving you the order, you just performed the task, probably either wondering if that person was nuts or whether you just didn’t understand the reason for the task.
What if that person had told you why it was important to be done, in clear terms that related to that person’s priorities? Wouldn’t you be more prepared to perform the task knowing the context?
Related Article: How to Build Your Organizational Structure Based on Trust and Collaboration
I just spoke with an old friend who is in sales. He lamented the fact that his boss recently layered several more sales reports on him to complete each week, reducing his selling efficiency. How many times have we heard this complaint, especially from sales people? I suggested that he go back to his boss and explain that it would be more than just helpful to know why these new reports are needed, that even though the salesman has no need to know, it would certainly make doing the work less of a chore. And by the way, I offered, if the boss could not explain why, there might be an opening to advance the argument that the trade in time between completing the new report and reduced sales call time might be worth a revisit of the order.
How many tasks, reports, and rules hang around the necks of people throughout a more mature organization, which remain as “what” without anyone remembering “why?” It is probably as effective a tool for the manager as for the recipient of the order, to explain why when telling what to do.
Your employees will appreciate the small extra effort, better understand the reason behind the request, and perform the act with more enthusiasm. What’s not to like about that?
This article was originally published by Berkonomics