Home / Leadership / People Skills / Do You Tell Your Direct Reports HOW to Do a Job? 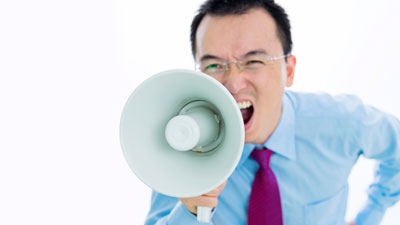 Do You Tell Your Direct Reports HOW to Do a Job?

Unless your job is to teach, attempting to tell your direct reports HOW to do the job you’ve asked or ordered them to do will be a disincentive, will remove some of the authority you’ve delegated, and definitely reduce their motivation to act and lead.
Think for a moment of sometime in the past where someone directed you to do a job, then launched into a lengthy explanation of how you should do it. How did you feel at that moment? I’d bet that you were either silently or openly angered that the person assumed that you didn’t know how to do a job even before asking if you did. This has been true since we were kids, and dad told us to rake the leaves, and then launched into an explanation of what tools to use and how to do the job. If that happened to you in some form over the years, I’ll bet you pushed back immediately with something like, “I know how to do that, Dad.” You felt diminished by dad’s assumption that you didn’t know how to do the job.
Related Article: 7 Must Have Transformational Leadership Qualities
The same is true in business, even if there is less drama and far less confrontation exhibited by the respondent. It is perfectly logical for that person to ask for help, or to a lesser extent to immediately offer it without a request. But it is a grand disincentive and personal affront to force upon a respondent a short lecture on how to do a job without being asked.
Most of us would think that it is just good management to provide another tool—teaching how to complete the task when asking for it to be done. Not true. Remember dad’s doing that to you years ago.
It is a lesson in understanding human pride and dignity. Don’t include “how” when you tell a person “what” and “why,” unless they ask for help.
This article was originally published by Berkonomics