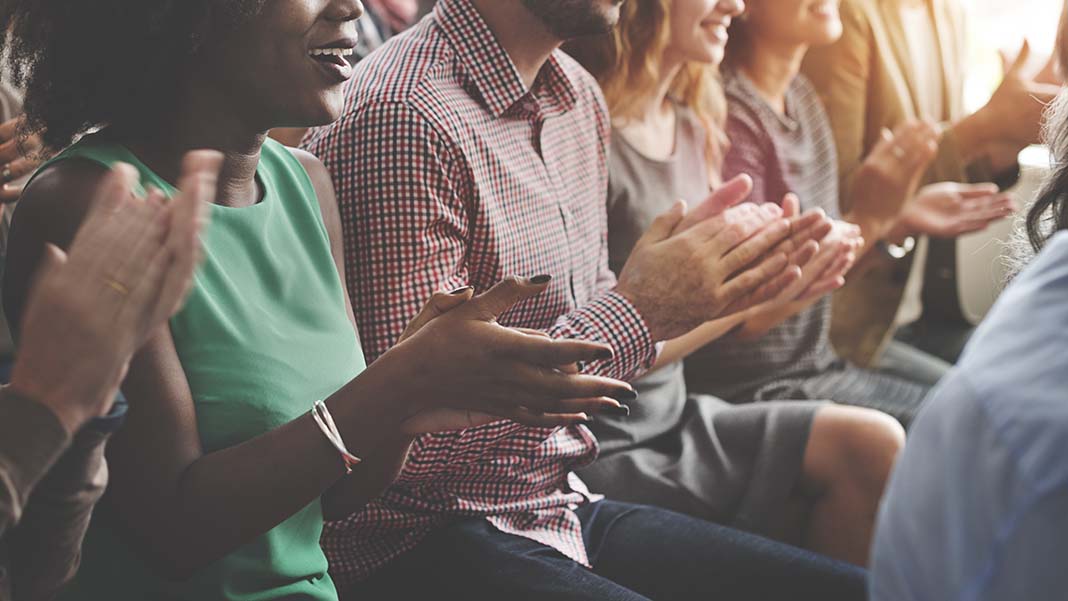 Build, Encourage, and Recognize Your People

When John David Mann and I talk about “Building Your People” (Key #2 from The Go-Giver Leader) we mean that in a couple of ways: one is to teach, mentor, and coach them to becoming more effective, both in their defined role within the organization as well as in their own ability to lead others.

Second is to make them feel good about themselves: protected, loved, and valued member of the business family. And, a person whose abilities we believe in.

The first part makes intuitive sense to many who look at leadership in the traditional way. The second part, not always so much.

There’s a tendency for one to feel, “Well, that’s all very nice—warm and fuzzy and all—but maybe we should wait until we’re making some serious money before we go that route.” Not to mention, after they’ve already proven themselves to be worthy of our caring.

Of course, there’s a very powerful and counterproductive false premise at work within that last thought process: namely, that building your people is a luxury that can wait until “after they’ve already…” And, that your company will thrive if you wait.

Building your people, before they’ve proven themselves, while they’re doing so, and on an continual basis is vitally important to the success of your organization. We see it time and again in the hugely successful companies. We see the opposite in the less successful companies. And—something I hear from employees constantly—we see this in once great companies that are now struggling.

Did they forget that it’s their people who made them great? Apparently, yes.

I had the opportunity to read a copy of the just-released business parable by David Novak, Former Chairman and CEO of Yum! Brands (Pizza Hut, KFC, Taco Bell).

The book is entitled, O GREAT ONE!: A Little Story About The Awesome Power of Recognition.

David’s list of business and leadership awards—including one of the “100 Best Performing CEOs in the World” by Harvard Business Review is long and well-deserved.

I mention this because a huge part of his leadership success was the ability to build his people in both of the above-mentioned ways. He did this through recognition; one of the most powerful forms of building a human being.

As the protagonist in this book, Jeff, pointed out:

“First we’ve got to fire up our people, who will then help to get our customers excited about doing business with us, and from there the money will follow. Too many business leaders focus on making money first without considering the fact that it’s people who will make it happen.”

A couple of pages later, when responding to one of the skeptical members of his leadership team, he explained:

“What I don’t think you realize, Anna, is that this isn’t fluffy stuff. It’s very much about results, about recognizing and rewarding the kind of real results that make a difference to this company’s bottom line. And it’s about driving future results by sending a clear message about what behaviors lead to results.”

Anna still didn’t quite get it at that point, but eventually she would.

What today’s top leaders hope is that more and more leaders come to fully understand it. Company slogan’s such as, “Our people are our greatest asset”, “we care about our people” and others are just that; slogans. And, meaningless ones at that…until a culture of this type is created, consistently communicated, and endlessly cultivated.

And that will only happen when today’s leaders understand that there is nothing soft about it whatsoever.